The Peripatetic Preacher. Church and State Once Again

I admit that this essay is a bit late. Our national holiday this year, July 4, fell on a Sunday. I had already written a response to the 2 Samuel text for that day, finding 2 Samuel 5, the tale about David’s capture of Jerusalem for his new capitol, oddly appropriate for our day of national celebration, with hot dogs and beer, or your beverage of choice, capped off with the bangs and bursts of fireworks. David’s strange and odious hatred of the blind and the lame in that story led me to reflect on the ways we US Americans have become so divided from one another, when the 4th has long been seen as the ultimate unifier of the nation. However, this year that famous quote from Frederick Douglas, the former slave turned US critic and conscience, reminded us that for African Americans, July 4 is really not their day of independence—for white folks, said Douglas, but for people like him, not so much. After the murder of George Floyd, among many other black persons, at the hands of legal authorities, Douglas’s words from a century and a half ago sound prescient still.

Just how are we Christians to worship on July 4th when so many of our fellow citizens are monumentally confused about the relationship between church and state? So many see absolutely no problem with an American flag in the sanctuary, see no problem when that flag is paraded up and down church aisles to the tones of “God Bless America” or “The Battle Hymn of the Republic,” belted out by an exuberant choir, sometimes robed in red, white, and blue. One church I served as an interim pastor used to bring the American flag down the center aisle while all sang the 4th verse of “America.” On the Sunday following 9/11, I preached in a church where nearly everyone was in uniform, military, Boy, Girl, and Cub Scout, and others I could not identify. Between the two morning services, someone had moved the American flag from its usual spot at the back of the chancel to within a few feet of the pulpit. I literally preached my second sermon in the shadow of the flag. I found the experience decidedly unnerving.

One of US America’s central ideas is that of the separation of church and state. As enunciated most crucially by Thomas Jefferson, who spoke of a “wall” between the two, a wall designed to prevent the state from becoming just a mouthpiece for the demands of one church or another. And by the same notion, the concept was to prevent the state from determining exactly what a church should say or do. Freedom of religion has led in US America to freedom from religion, which is a natural and important idea that should be celebrated. Yet in our day, the dividing wall has been lowered or breached in several instances, from Supreme Court rulings that smack of religious dogma (see the very narrow recent decision that allows Roman Catholic agencies to deny adoption rights to LGBTQI+ persons in Philadelphia, because they claim that particular “life style” is anathema to their long-held doctrines), to the supposed constitutional right for a public baker to refuse to bake a wedding cake for a same-sex couple, citing again their notion that their religious freedom is being infringed if they bake that cake. I suggest that Jefferson, himself a deeply non-sectarian “believer” would be appalled. That hallowed wall of separation has served us well, but in our fractious days the wall appears fragile at best, and flimsy at worst.

When we turn to the Bible for help here, we immediately realize a sharp distinction between the Bible’s world and our own; in that ancient world there was no separation of “church” and “state”. The state was supporter and advocate for the church (I use the word church very broadly of course), while the church was the supporter of the state. This reality is made crystal clear in a story I have discussed already several weeks ago, the tale when David brings the Ark of the Covenant into his new capitol city, Jerusalem. He performs that act for two fairly obvious reasons: first, he needs a unifying religious symbol to create a religious bond between the disparate tribes of Israel, particularly those tribes in the north of the land that had been loyal to the now-dead Saul, and what better than the mysterious Ark that had been ubiquitous in the wilderness wanderings of the people and in their early wars with numerous enemies upon their entry into the land of promise. Yet, over the past several years, the ancient chest, said to contain the Ten Commandments written by YHWH directly and  brought down from Sinai by the fabled Moses, had lain fallow and nearly forgotten on a rural farm. The second reason that David chooses the Ark is its magic history, its wonderful power. Not many years earlier, after the Ark had been captured by the Philistines and had wreaked havoc on their corn god, Dagon, they had urgently sent it back to Israel. When it came back to the Israelites, some of them foolishly “looked into it,” and as a result thousands of people died that day. This magic box would be just the thing to bring to David renewed authority and an enhanced reputation as a very religious and Godly king.

So, David decides to move the Ark from the farm to the city. Unfortunately for David, the Ark really does have mysterious power, and when one of the men assigned to lead the cart carrying the Ark reaches out a hand to steady it lest it fall on the road, YHWH immediately and suddenly kills that man. David’s reaction is interesting: “David was angry because YHWH had burst forth with an outburst upon Uzzah. David was afraid of YHWH, and said, ‘How can the Ark of YHWH come to me’” (2 Sam.6:8-9)? Note how David words his anger. His fury is because YHWH has gotten in the way of his plans for the Ark. David cares little for the death of Uzzah; his concern is that his plan has been thwarted. As a result, he handles the sacred box much more carefully the next time, taking it first to the farm of a foreign follower of the king to see whether or not YHWH’s anger remains or whether time will calm the God down. After three months, David determines that the prosperity of the chosen farmer has noticeably increased, hence the Ark may be safe once again for David’s purposes.

This time the king moves carefully and slowly, sacrificing numerous divine offerings along the path toward Jerusalem, while David himself, clad only in a very skimpy liturgical garment called an ephod, dances with great energy and abandon before the Ark as it makes its way up to the City of David. There can be no doubt that in this scene, church and state have been joined inexorably; David is priest and king all at once, and serves his people in both roles.

To use these tales as some sort of model for modern worship is to fall into a deadly trap. Our state, no matter how much the lines have been blurred, is not in any way the guarantor of any church and its beliefs and practices. The chief justice of the Supreme Court will never be seen dancing before the Constitution or the Declaration of Independence, announcing the religious imprimatur on either document. Yet, too often we confuse the object of our devotion by flying flags in our sanctuaries, by ruling in favor of sectarian beliefs, making them into national laws.

Our model should be the angry and crusty old Amos. When he comes to Bethel to preach in the 8th century BCE, he is confronted by the high priest of the day, Amaziah. The priest upbraids the prophet for disrupting the worship of the day by demanding that the people spend far less time worshipping than in serving the poor, widow, and orphans of the city. Amaziah is enraged. “You dare come into this holy place, this sanctuary of the king, this temple of the kingdom, and say such nonsense!” And of course right there Amaziah has put his well-shod foot right in it; the temple in Bethel is not the “temple of the king” but the temple of YHWH, or if it is not, it is no temple at all. Amos quickly corrects the holy man, indicating that his perception is completely wrong. Once the temple anywhere becomes a king’s temple, it can no longer be God’s temple. There is the full separation of church and state, and our own time must find a way to return to that condition if we are to comprehend the implications of Jefferson’s crucial distinction and separation of the two. 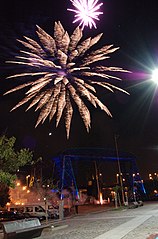 June 29, 2021
The Peripatetic Preacher. Faith or Cynicism
Next Post