Are You Missing Out?

Do you like to “people watch?” Considering the amount of time I spend in airport terminals for my “day job” it’s become a major pastime for me.

I was having breakfast in Miami International Airport this week with a view to the terminal concourse. Many of the passengers, airport employees, TSA agents and flight crews were all doing the same thing:  Walking by with their noses buried in a mobile device.

There was little if any interaction with other people around them. Sadly, they were missing so much! There was a latina woman struggling with a toddler who was determined to walk, NOT be carried. He won. An amazing woman in skin-tight blue jeans with multi-colored patches, sporting purple hair, and toting an outrageous handbag that would have made Mary Poppins jealous, nearly got run over by a courtesy cart. 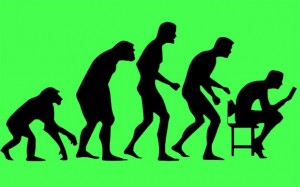 One young man nearly fell into a recycling bin cruising a hunk in a muscle shirt who was scratching himself. (Grandma Esther always used to tell me that in public “you should never scratch where it itches; scratch where it looks good.”) A Muslim couple stopped an African American TSA agent for directions and was greeted with a smile, graciousness and apparently received whatever it was they were asking for.

None of this is earth-shattering. But it was a slice of humanity, an interaction with human communication and quite entertaining. We can be so afraid of missing out on what everyone’s doing through being addicted to social media that we miss out on our own lives.

The question I pose to you is this:  Are you missing out? We’ve all been glued to our mobile devices or 24-hour cable news so we don’t miss out on the important stuff. But how important is that picture of someone’s dinner?

Our society has become more informed than ever before, yet at the same time less intimately connected with our friends and loved ones. Today people meet, date and breakup via text messaging. Don’t tell me that we aren’t marginalizing our intimate behavior and emotional consequences by hiding behind a touch screen.

How interested are you in your own life and what’s right in front of you? It’s an interesting question and it begs an answer that must include being more mindful of our surroundings, living in the moment and appreciating the life we have.

Not a sermon, just a thought.

July 13, 2016 I Love You - Now Change!
Recent Comments
0 | Leave a Comment
Browse Our Archives
Related posts from The Principles of Spiritual Living