I Love You – Now Change!

Have you noticed how we hold celebrities and spiritual leaders to a higher standard than others? We can be quick to criticize the conduct of people we hold in high esteem if what they do or say doesn’t fit the pictures we’ve created of them.

For example, if celebrity couples separate or divorce the gossip rags go crazy, citing the events as yet another example of how famous people can’t manage relationships well – as if the general public can cast the first stone or look to their own record as evidence they can!

As a writer and speaker I get messages and comments on my blog and Facebook pages that are not just critical, but actually angry explanations of how I’ve somehow betrayed the trust of my readers by admitting something has pissed me off. One ministerial colleague recently exclaimed, “Is THAT the way a TRUE minister of Religious Science should act/talk/write?” 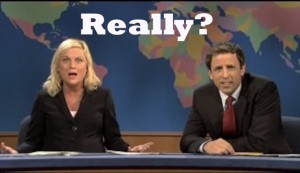 Admittedly, I swear more than some people think I should, though considerably less than I used to. Others believe a profane word should never be heard from me because I’m supposed to be “spiritual,” which I am and they are, no matter what they think. I’ve even been told I shouldn’t use contractions in my writing and blogging, because that’s not professional – although my judicious use of the Oxford comma is LEGENDARY, if I must say so myself!

Further, even though the New Thought philosophies in which I believe and teach embrace the love in all faiths and philosophies, my experience in and practice of pagan arts and traditions make even some of my closest friends and family suspect, squeamish or uncomfortable.

None of this is my problem.

The fact that some individuals, colleagues and even friends are taken aback or critical of how I live my life is their issue, not mine. You know how this works; it’s the same way you rub some people the wrong way when you act like you do, simply being “you.” I certainly don’t expect you to censure your magnificence and I’ll be damned if I will either.

We are living in one of the most – if not the THE most – exciting, innovative and, at the same time, potentially terrifying times in human history. The exponential explosion of technology has advanced far beyond what our brains have evolved to handle. Yet within that same technology lie answers to problems which have plagued civilization for centuries, even though that same science raises as many questions as it answers.

This can be scary, so the uneducated and timid who are experts in playing the victim look to others to be more than they think they themselves can be. New flash:  The people we idolize and think never have problems DO have challenges and also look up to others. Those esteemed leaders go through many of the same doubts that we do.

The difference in being a leader – whether it’s of a corporation, a spiritual community or our family – is that we don’t give up. We acknowledge our mistakes, make course corrections and move on. But the truth – whether you think you’re a leader or not which, by the way, you are! – is that we must be the authentic, real and unabashedly unique individuals we are no matter what. To do any less is robbing ourselves and everyone else of our true expression of life.

You cannot have a relationship with someone’s potential.

This also means that we may not be everyone’s cup of tea. If that’s the case, best to allow those relationships and connections to dissolve organically. We might need to burn a bridge or slam a door or two; if we’re absolutely sure that’s what needs to happen then so be it.

So why do we cling to that and who which no longer serves our vision of life by encouraging us, uplifting us and loving us, particularly when we’re trying so hard to be there for them? Because the other side of that equation is that while we’re “working on someone else” or trying to get them to change, the work we ought to be doing on ourselves goes right in the toilet.

It’s time once again that we all stepped back from the world around us, looked in the mirror just one more time, and figured out what we have to give to the world, as well as what we want out of life. Don’t you deserve to have a life worth living with people around you who celebrate YOU?!?