How do you feel when someone judges you unfairly? Probably pretty lousy, or perhaps very angry. It might make you sad because the opinions of others can feel so undeserved and wrong.

Yet, we all judge. We judge ourselves most severely, but we don’t hesitate to make determinations about others throughout the day that may or may not be based in truth. Jesus said to judgmental people of his day wanting to stone an adulteress that the person who was sinless should be casting the first stones.

Just look how we judge today! Take the hajib head scarf that is worn by Muslim women. Modern society often sees that as a means of suppressing women and their rights. Some have protested loudly to stop this custom. 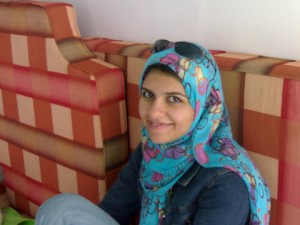 But that’s not at all how many of the women who wear them feel! To them it’s no more an issue than a Jew wearing a kippah (yarmulke) or the Latin American woman who covers her head with a lace mantilla before entering the church for Mass. They all represent devotion to faith, a sign of reverence.

Can such a practice be misused? Of course. Anything can. But we can also easily take something about which we know little and judge it severely. Consider the religion of Islam, for example. We could ask people who actually practice the faith or research for ourselves from accurate, reliable sources what modern-day Muslims in our country believe overall.

Instead, far too many of us decide to listen to propaganda via the news media, much of which is colored with bias, slant and prejudice fueled by a political agenda designed to divide and conquer. Some who cast the largest stones at Muslims might be quite shocked to find out that Catholics are the only ones to practice a “cafeteria-style” faith in this country or around the world.

Islamic practices today can be as different from the fundamentalists’ interpretation of the Qur’an as Christian daily practices are from the Bible. Whether we think all Catholics disapprove of abortion under any circumstance or are opposed to same sex marriage, or whether we have decided in advance what any person, culture, ethnic background or religion is all about, we’d all do well to take a step back and seek the truth.

We can ask ourselves, Do the assumed beliefs about my faith, sexual orientation, lifestyle or race really reflect accurately who I am? Would I want others to judge me on popular opinion instead of who I am? Am I seeking to understand or just using my own bias and prejudice to justify the promotion of hate instead of love?

August 17, 2016 The Small Stuff
Recent Comments
0 | Leave a Comment
Browse Our Archives
Related posts from The Principles of Spiritual Living