Modern Loneliness Is Like Nothing That Has Come Before

Paris Je T’aime is a good movie overall, but the best part is the end. The 2006 film is unusually structured. There is no overarching plot, rather a series short stories all set in various neighborhoods around Paris. Some are sad, some surreal. All are worth seeing.

The last tells the story of an American woman’s first trip to Paris. The narrative unfolds in a voice over. Underneath shots of the actress Margo Martindale wandering around the city, she reads an essay obviously written for her character’s French class back in Denver.

You can see the clip below:

Carol, Martindale’s character, reveals that she had always wanted to visit Paris, that this trip was the fulfillment of a lifelong dream. She began taking French two years previously in order to prepare.

Carol is hopelessly out of place in Paris. Her frumpy dress and cheesy hairstyle mark her as a fashion-oblivious American in the chic neighborhoods of the world’s most romantic city. In her essay, Carol tells us both her parents have died, and that she has no family.

In one scene, set atop a building overlooking the Parisian skyline, Carol utters her most affecting lines. Looking out across the city, she says, “I wanted to say to someone ‘Isn’t that beautiful’, but there was no one there”, and “I thought of my ex-boyfriend Dave, if he would have enjoyed this trip, but then I felt a little stupid because we’ve not spoken for eleven years, and now he’s married with three children.”

This confession moves us. We feel the sadness of going more than a decade without belonging to someone. We feel Carol’s displacement, her estrangement. We know that even rare and breathtaking moments can be emptied of their wonder by experiencing them alone.

We identify with Carol not just because she is a person, but also because she is a modern person, without family, without faith, without community, identity or belonging. Like all modern people, she attempts to find solace from her losses in experience. She fulfills her dream of seeing Paris. She climbs to a high spot, looks out across the surrounding settlement and finds that something is missing. Rather than being overcome by the glory of the city, her mind rolls back to the last time she felt loved. We’ve all been there. The modern world is a machine and its output is millions upon millions of lonely Carols.

All The Lonely People

I touched on this theme a few weeks ago in my discussion with Patrick Deneen of his book, “Why Liberalism Failed.” The idea resurfaced again when Christine Emba published a piece in the Washington Post called “Liberalism is Loneliness.”

“Liberalism is loneliness. The state isn’t our sibling; the market won’t be our mate. And the more either the right or left’s solutions attempt to fill in the gaps — “more markets, for you to attempt to buy back what has been destroyed! More regulations, to protect you when you can’t!” — the more obvious it becomes that the entire concept is flawed. The institution of liberalism is caving in on itself, and we each individually feel the crush.”

Emba sees that something in the modern predicament is exceptional. People have always been lonely. Certainly, people have always been disappointed in love. But, modern people experience these perennial problems in a unique way. Only for us do these problems of connection happen in a context that reinforces and normalizes them. Only we experience the pain of loneliness within a social context that tells us that the casualness with which we sever ties to others is, if not a positive good, just the cost of doing business.

In the past, people were lonely because those they loved were absent, or because they were fending for themselves among strangers. Their loneliness was situational, and therefore could be mingled with a reasonable hope that, given the flow of history, it would end when circumstances again shifted. The solution to loneliness: settlement in a place and among people whom we recognize as being our own, could, at that point, still be accessed.

In our time, this solution is exceedingly rare.  The processes and customs by which such settlements are created have been largely destroyed. They have been replaced by social processes that aim only at the fulfillment of individual desire. The deep structures of modern life are all oriented toward serving the atomized, liberated individual. The result is a loneliness that, rather than being merely situational, is structural, woven into the texture of the way we live.

Not only is modern loneliness pervasive, we must face it with few resources. In the past, a woman who suffered a disappointment in romantic affairs could find consolation in friends, her mother and aunts, grandmothers and cousins. She could avail herself of the promises of faith. She could rest assured that her place in the community need not suffer because a boy had moved on.

Like Carol, today’s woman or man in a similar spot has no consolations beyond perhaps a few superficial playmates offering equally superficial diversions. Modern people treat affairs of the heart casually, in part, because we dare not do otherwise. To take every hook-up seriously would hurt far too much.  We know too that the resulting pain would be unwelcome because it serves as a reminder that the human heart is not entirely elastic and its longings not all satiable by a drunken groping in the dark.

The proper modern attitude toward such things is a cultivated aloofness moving at a pace fast enough to quash any impulse to real reflection. Moderns squirm when Carol admits to thinking of Dave to whom she has not spoken in more than a decade. Her failure to recognize that this kind of deep attachment is a mark of low status makes them uncomfortable. They snicker at her while trying not to acknowledge that they are her. No wonder everyone’s always on his phone.

Our situation is even worse than Emba implies. To escape will require sacrifice. In the abstract, this means sacrificing the idea that the purpose of life is the gratification of individual desire. In the concrete, it may mean giving up any number of things we want: a job in a far away city, our cynicism, our gadgets, an attractive stranger. The list is long.

The hope of return, though, is great. Through the adoption of what are now counter-cultural attitudes that value settlement over disconnection, we might have a chance to recoup our losses. If we can’t achieve this at the cultural level, surely we can achieve some measure of success in our personal lives. If we are willing to make such sacrifices now, we may find that when, in the days to come, we witness something remarkable, a sunset, say, or our grandchildren, and exclaim “Isn’t that beautiful”,  someone will be there after all.

April 5, 2018
The Source of Your Pain Is Cultural Collapse
Next Post

April 16, 2018 Episode Six of The Dean Abbott Podcast Is Available
Recent Comments
12 Comments | Leave a Comment
"Alternate title:"In case you needed another reason to stop eating fast food.""
Tiny J You Are Only A Unit of ..."
"Bravo to you. I gave up mainstream media 10 years ago (tomorrow, as a matter ..."
ScooterInJapan Why I Deleted My USA Today ..."
"Yes, there is hardly a lesson to be found in most children's shows now. I ..."
Robbie Modern Children’s Entertainment is Terrible
"I think that most, if not all of the 600 or so Mosaic laws were ..."
Ulf Turkewitsch The Royal Wedding and the Wrong ..."
Browse Our Archives
Related posts from The Road Home 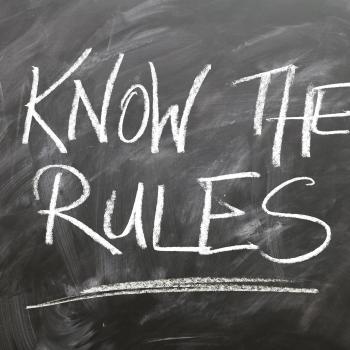