The Source of Your Pain Is Cultural Collapse

The Source of Your Pain Is Cultural Collapse April 5, 2018 Dean

When a culture slides into decadence, it does not go quickly, Rather, it oozes into progressively more degraded forms of itself. Cultures rarely end through explosion. They end instead over the course of decades through apathy, attrition and acedia.

Because cultures die slowly, many people believe them immortal. Skeptics look around and see that all the houses still have electricity, that the grocery store remains stocked, that in many places, at least, the streets are still safe. Since they see no sudden and total crash of civilization, they imagine no end is coming. Anyone who says differently, they dismiss as crackpots with a doom addiction.

The skeptics’ confusion springs from failing to understand that cultural blight makes itself felt chiefly in the personal arena. Cultural collapses are always felt as personal crises. Skeptics look outward for some approaching devastation and, seeing none, return to their comfortable convictions about tomorrow.

They should look inward instead. Evidence of our cultural deterioration is everywhere on the personal level. Almost half of kids have no dad.  43 percent of American children live without their fathers. We are in the middle of an intractable opioid epidemic. Almost half of marriages end in divorce. The number of Americans on psychiatric drugs is creeping toward 20 percent. More people are killing themselves.

These are just a few of the signs of the despair gripping our culture. The sign of a dying culture isn’t barbarians in the streets. It’s the suicidal single mom wandering around Costco while she gets her Xanax prescription filled.

We are, in a word, homeless. This inward homelessness is, as I discussed recently with philosopher Mark Dooley, pervasive and intense across the West. Even when barely conscious of it, we feel out of place, bereft, directionless on a sea of empty pleasures.Human beings are, because of our alienation from our Creator, always homeless. In the most profound sense, our sojourn on earth is entirely an experience of displacement. Our souls, to paraphrase Augustine, find no home until they find a home in Him.

Earlier versions of Western culture recognized this fact and worked to ameliorate our condition. Because each of us is exiled from our spiritual home, human beings once sought to design cultures that would make us as much at home as possible during earthly life. As beset as these cultures were by every manner of failure and corruption, they maintained greater space for the encouragement of personal virtue, rootedness in community, and family stability than ours. They took Christian faith as the foundation for both their cultural and personal lives.

The difference between our culture and theirs is that ours actively increases our dispossession. The societal structures that once encouraged good character, close community and committed families have been dismantled. Christianity has been repudiated.

The result is an ever-widening gap between what our culture tells us is the way home and our growing sense of homelessness. Those who follow the cultural script find themselves disconnected, broken and often full of regret. The cynicism with which millions of people now regard our social institutions arises from having followed the map our culture provided and found ourselves not at home, but lost in a desert.

I chose “The Road Home” as the name of this blog because these issues form the core of my concerns. My hope is to explore them more in subsequent posts.

This exploration is important because people have a hard time connecting the macro and the micro. Many people intuit that something has gone wrong at the cultural level without being able to tie our cultural tragedy to the disappointments of their personal lives. Developing the ability to do this is critical. When people cease to see the pain of their own lives as sequestered from our cultural decay the big picture will change.

To achieve this change, we need each other. Only by helping one another become aware of the connection between cultural decay and personal pain can we revive the humane aspects of our culture. Only by working together can we arrive at the critical mass cultural renewal requires. Only by repudiating the culture of repudiation itself can we create something that dignifies rather than diminishes human life. Only by speaking about these things, only by bringing them to light can we hope to point one another home.

April 3, 2018
The Low Social Status of Christian Belief Is Part of a Larger Problem
Next Post

April 10, 2018 Modern Loneliness Is Like Nothing That Has Come Before
Recent Comments
19 Comments | Leave a Comment
"Alternate title:"In case you needed another reason to stop eating fast food.""
Tiny J You Are Only A Unit of ..."
"Bravo to you. I gave up mainstream media 10 years ago (tomorrow, as a matter ..."
ScooterInJapan Why I Deleted My USA Today ..."
"Yes, there is hardly a lesson to be found in most children's shows now. I ..."
Robbie Modern Children’s Entertainment is Terrible
"I think that most, if not all of the 600 or so Mosaic laws were ..."
Ulf Turkewitsch The Royal Wedding and the Wrong ..."
Browse Our Archives
get the latest from
Evangelical
Sign up for our newsletter
POPULAR AT PATHEOS Evangelical
1

Do "Rights" Limit or Empower the...
Cranach
Related posts from The Road Home 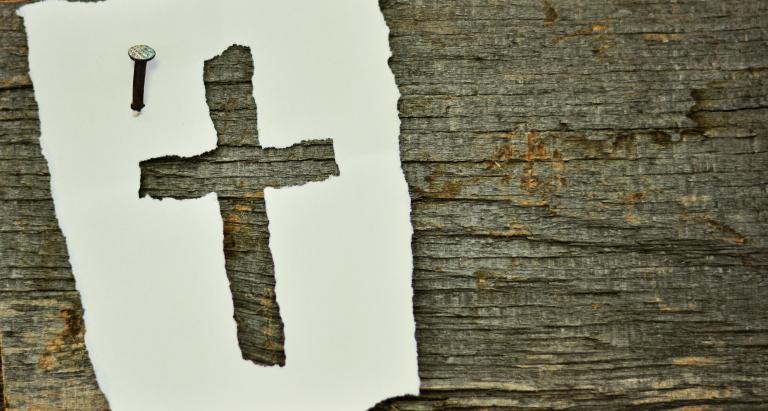