Tonight I Was Tempted to Murder

My wife, a professional musician, called me from rehearsal. I could instantly tell from the sound of her voice that something was wrong.

I told her I’d be there soon.

I rushed around the house pulling myself together and then out to the car.

In a hurry and a couple of blocks from our house, I began to pull forward from a stop sign when I turned my head and saw a vehicle approaching from the right.  The front of my car was nowhere near the center of the street. This truck and I had come nowhere near a collision of any sort. The street was clear with plenty of space for him to proceed without even tapping his brakes.

Instead, of doing this, the driver flipped out. He stomped on his brakes, coming to a complete halt in the middle of a moderately well-trafficked thoroughfare. A skinny arm extended from the window in a gesture that communicated an equal mix of “after you, please” and “screw you, buddy.”

Rather than proceed, I gestured him onward. He did have the right-of-way after all. He rolled past. He was a kid, a teenager or in his early ‘20’s at most. He had an angular face, and glared at me from beneath heavy eyelids. His shoulders slouched forward toward the steering wheel. His ball cap tilted backward toward the window.

In the instant it took him to pass, he looked directly at me and utter a curse that included pretty much the strongest profanity in English. And then, he was off down the road.

Externally, I held it together. I am not a man inclined to angry confrontations with strangers however much they might deserve it. I turned onto the street behind him until he went his own way, unmolested by me, a couple of blocks later.

Inside, it was a different story. I was seething. If it is possible to have murder in your heart, for a couple of minutes there, my heart was home to Charles Manson, Ted Bundy and whatever other notorious killer you can name. I wanted revenge. Badly. I imagined chasing this kid down and giving him more than a good talking to.

All this came on the evening of a day when I had been listening to the audiobook of Chip Gaines’ recent memoir.  Chip isn’t the world’s deepest philosopher, but he is a good man with a naturally positive outlook and a head for business.

In one chapter, he talk about how he rarely gets bent out of shape when strangers mistreat him. He just figures they’ve had a bad day. His overly sunny view has cost him a few times, he says, but he’s not going to change.

Clearly, I differ from Chip Gaines in this respect.

Why, unlike Chip, did I become so angry at this young kid who, in all honesty, probably had a life tough life situation?

Because I have a reservoir of anger simmering under the surface. One little puncture, and a portion of it comes rushing out.  Most people are more like me, I suspect, than like Chip Gaines.

Anger never stays confined to the little boxes we assign it to.  A few months ago, I suffered a devastating professional betrayal that remains unresolved. The feelings are still there. They come out in nightmares while I sleep and in daydreams when I let my mind wander. The anger I feel from this entirely separate and still ongoing situation, bled over tonight into my reaction to some silly punk who, in all likelihood, had no father and mother to teach him not to behave that way.

My anger at the kid lasted about two minutes. The anger at the other situation has persisted most of a year. I am not ready to forgive. Yet, I know that if I don’t want to spend my life getting furious every time some teenager throws a swear my way, I will have to.

The Bible tells us to put away anger for this very reason. As difficult as it is to do, anger allowed to run riot has a way of taking root and growing until its dark leaves shade our entire personality, our worldview, our relationships with others.

Clearly, I have not put away anger to the degree I should, but the future is still before me and who knows what can happen in this big mysterious life.

June 25, 2018
Episode Ten Of The Dean Abbott Podcast Is Now Available.
Next Post

July 10, 2018 A New Direction
Recent Comments
0 | Leave a Comment
"Alternate title:"In case you needed another reason to stop eating fast food.""
Tiny J You Are Only A Unit of ..."
"Bravo to you. I gave up mainstream media 10 years ago (tomorrow, as a matter ..."
ScooterInJapan Why I Deleted My USA Today ..."
"Yes, there is hardly a lesson to be found in most children's shows now. I ..."
Robbie Modern Children’s Entertainment is Terrible
"I think that most, if not all of the 600 or so Mosaic laws were ..."
Ulf Turkewitsch The Royal Wedding and the Wrong ..."
Browse Our Archives
Related posts from The Road Home

Evangelical
Episode Seven of The Dean Abbott Podcast Is...
The Road Home 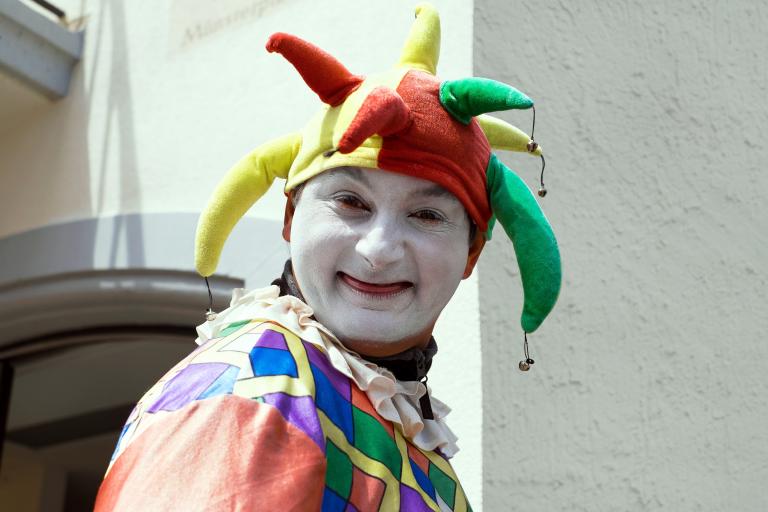