Why millennials are leaving the Church—and why we aren’t

Why millennials are leaving the Church—and why we aren’t March 15, 2018 Marie

Recently a friend sent an article my way.

I sent the article on to about ten of my close friends, some of whom have left the Church and others who have decided to stay, asking them to share their experiences and insights as millennials inside and outside the Church. The responses they’ve sent me are raw and hold truth in them. I’ve decided to publish them in a series as these replies continue to trickle in, so keep your eyes peeled for parts two and three.

Samantha Tillman: I think the Catholic Church is wrong.

I think it is wrong about philosophy and infallibility and more. These are intellectual problems I don’t think I can overcome, because I think the dogmatic, doctrinal position of the Church is wrong. On many different things.

Sometimes when I say this I have helpful people explain that I misunderstood doctrine, or that the Catholics that hurt me aren’t the Church. If you plan on saying that, please don’t. I have had Catholic dogma taught to me since before I can remember. And until the Church apologizes for what it’s done and continues to do to queer people, and makes some effort to rectify that wrong, I do not want to be a part of it.

Since I’ve left Catholicism and Christianity I have felt freer. People talk about Catholic guilt, but honestly I don’t really experience it anymore. I can just do good, love my girlfriend, and help my patients without fear of god, demons, priests, or popes.

Samantha recently left both Franciscan University and Catholicism. She writes bad fiction when she isn’t working in mental health with trauma survivors. She lives in Pittsburgh and enjoys punk rock too much.

Laura P.: I think the question “why do millennials leave the church?” has some fairly obvious answers

Sincere ideological and cultural objections being key. But I object to the question itself. No “group” of any sort is leaving the Church—only individuals, who come and go on radically divergent journeys toward faith and understanding. Forget millennials or young people—why does anyone leave the Church, at any age? My answer: because they failed to find Christ present there. And so they look elsewhere—whether that means to friends, or other non-Catholic churches—until they find the love of Christ, even if that is no longer the name they know it by.

The reality of Christ’s presence in the Eucharist has been my anchor to the Church for years, even when I was being driven to the edge of despair by the shortcomings of other Christians—and those in myself. A lot of Catholics have never fallen in love with Him there in Communion. But when you do, in my experience, you’ll never want to let it go.
I often think about the kids I went to Catholic school with all those years ago—the terrified boy who came out to me; the girls who got pregnant as teenagers; the black-donning agnostics who sneered at our banal religious education lessons; and me, a dramatic intellectual wannabe with a world of possibilities at her feet. All of us drifted, or are drifting still. It is my belief that the ones who made it through are the ones who were encouraged both to question and to never give up.

I sincerely believe that if you ask enough questions in pursuit of the Truth, you will find it. We leave the Church because of hypocrisy and hatred, until we realize that it is only through the practice of our own virtue—by showing to others the Grace that we have been given by the Spirit—that we will ever have the Church we long for.

The Childish Agnostic: Why? That is the question at hand: Why have I stopped attending church?

I am a student at Franciscan University of Steubenville, and for as long as I’ve been here, I have not attended Sunday mass, but if you knew me when I was young, you would be astonished at this fact.

You see, I grew up as a trad catholic, and I was conscientious as fuck with a highly neurotic level of scrupulosity and fear. However, over the last few years I have become aware of the great hypocrisies of Christian faith. I watched my friends pray to God, absolutely convinced that if they were pious enough, God would clue them in to his “plan” for their lives. But the more open I became to thinking outside of the Catholic bubble, the more I thought of what could actually constitute God’s plan.

Apparently, to my friends, God’s plan includes every aspect of their lives. They have great faith that they will be taken care of in that plan. But God loves everyone, right? How can God’s plan make space for a cushy happy first-world lifestyle, while allowing for the genocide of infants and innocents throughout history? What of the fact that preborn human beings have about a 50% chance of being carried to term? Catholics insist that these preborn human beings have value and the RIGHT to life. What plan was made for those infants? What was the point of their lives that ended before even seeing reality? It would seem that humanity has higher standards of good for themselves than for their creator.

If these are the kind of plans that God has for his children, I’m convinced that he is no good God. Or he simply isn’t there.

As James T. O’Connor puts it in The Hidden Manna, “[The Eucharist] compels us to stretch our minds and imaginations to make room for the not-yet-experienced, the wonderful, and the awesome.” It’s hard to discuss the Eucharist without being Cupcakey, which is why I usually fail at it. But I’m with Laura. This Sacrament, for me at least, is a deep incarnational encounter with the divine, with a God who is my brother, who loves me personally, who is both immanent and transcendent. At the risk of sounding like an intolerable Cupcake, I admit that I am deeply in love with Him.

I do struggle to remain invested in his Church, however. My father, as most of you know, used the teachings of the Church to control and abuse me for all of my childhood and adolescence, even to the point where I was suicidal on more than one occasion. As I’ve learned more at college about this Faith, I’ve learned the ways my father twisted things, but I simultaneously found other reasons that have made me disillusioned and angry with the Magisterium.

Notably, there’s the misogyny built deep into nearly every aspect of it: from the writings of the Church Fathers (which I have read first hand through my Great Books course—I’m looking at you, Augustine, Aquinas, & Bonaventure) who saw women as malformed men, as dirty, as lesser-than. Then there’s the common misappropriation of the Blessed Mother. She is used as a weapon against women rather than seen as our strongest advocate

Not to mention the racism deeply embedded into much of the Church, or the reprehensible ways we’ve treated minorities and LBGTQIA+ individuals for centuries.

But each time I ask the question “Why the hell am I still Catholic?” I return to Christ and to his Mother. I return to their tenderness, their compassion, their advocacy for the poor, for women, for the oppressed, and I recognize in their love something I want to be a part of, a model I can imitate. Moreover, I cling to our mystical communion of saints, which I find much broader than most people. I pray for the intercession of canonized saints, of artists, of writers. And I do feel a community of mystics together with them.

As far as hell goes . . . I’m much more drawn to the universal salvation held by the Brontë sisters. If I do believe in a hell—well, the God in whom I choose to believe doesn’t send people there. Maybe some poor souls choose it. But He certainly never makes that judgment for them. If that makes me a heretic, well . . . burn me. 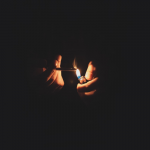 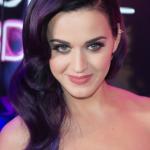 March 16, 2018 Assault or Not? Katy Perry Kissed an Unwilling 19-year-old Man
Recent Comments
6 Comments | Leave a Comment
Browse Our Archives
get the latest updates from
The Shoeless Banshee: Meanderings Beyond the Pale
and the Patheos
Catholic
Channel
POPULAR AT PATHEOS Catholic
1