Why are young people leaving the Catholic Church? This helps explain it.

Why are young people leaving the Catholic Church? This helps explain it. March 3, 2018 Deacon Greg Kandra

This first dropped a few weeks ago, but hasn’t gotten nearly the attention it deserves.

“This study was all about young people telling their stories of why they left the church in their own words, uncensored and unfiltered,” said Vitek. “Some of what was said by youth about the Catholic Church is disturbing and unpleasant, but it’s critical for church leaders to hear it without casting blame or trying to explain it away.”

The findings were released at a symposium at the Maritime Conference Center in Baltimore, hosted by Saint Mary’s Press. More than 250 people gathered to hear a nondenominational discussion about the findings. Two days of discussion with nearly 65 national leaders in the Catholic Church followed the symposium.

Vitek hopes the church can embrace and seriously reflect on the truthfulness and candor in these stories in a way that helps the church come up with meaningful solutions to keep young people engaged.

…The study found that disaffiliation is a process that happens over time for young people, typically prompted by a series of events or unresolved questions that accumulate over time. The report stated that many disaffiliated youth believe in what Jesus taught, but they perceive organized religion as having corrupted Jesus’ fundamental teachings. They see the church’s dogmas and doctrines as nonsensical, and they believe they can live more moral lives without the baggage of religion. Many perceive that religion was forced on them, and they report feeling freer and happier without what they experience as the burden of religion.

They stopped believing in God. They saw a disconnect between what Catholics say and what they do. They disagreed with the church’s stance on social issues such as homosexuality and birth control.

They are the growing numbers of young Catholics leaving the church — the focus of a new national study to examine why they’re departing and where they’re landing. It’s an issue that worries church leaders across the country.

“Leaving the [Catholic] church crosses all age groups, but the fastest growing demographic is age 18 to 29,” said John Vitek, president of Saint Mary’s Press in Winona, which commissioned the study.

“Our data shows the median age for leaving the church was 13 years old,” he said. “That was a surprise to everyone … and something we really have to take note of.”

You can order the study here. 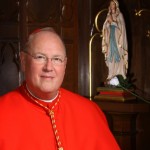 March 2, 2018
Cardinal Dolan's video tribute to Billy Graham: 'I'm praying for just a tiny portion of his charism, his passion'
Next Post 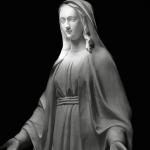 March 3, 2018 Pope Francis adds new Marian celebration to the church calendar
Browse Our Archives
get the latest from
Catholic
Sign up for our newsletter
POPULAR AT PATHEOS Catholic
1