My Reflection on Christmas Eve: “¿Vas a ponerme bien?”

The neighbor upstairs killed herself last week. Or maybe it was the week before. When you’re depressed and your PTSD flares up at Christmas, the days blur together pretty clear. Or maybe she blurred ’em for me. She knows—it’s easier to cope that way sometimes.

When her husband called to tell us, Adelina cried. I hadn’t seen her cry before. Well, maybe once, when a mother from the school died. Cancer.

Here when someone commits suicide, they say “se suicidó.” Reflexive verb, preterite third person. My brain translated it for a while as “succeed,” damned false cognate.
It’s not really a false cognate, I know. But that’s a better excuse than my brain deciding that “se suicidó” translates to “succeed.” It was very confusing to me when Adelina told us.

I didn’t know for a few days how the neighbor had done it. Then Adelina said she’d jumped. 5th story window, you’d think it would kill you. It didn’t. She lived for an hour and a half.

“You gonna fix me good?”

“That was the night, remember, Paola, you woke up to all the noise?”
I didn’t wake up, though. Not that time.

Now I hear neighbors shouting and fighting a lot when I lay in bed, and I always wonder if it’s her son or her husband. Death makes us fight like that. But Adelina says the fight is on the other side.

Adelina kept getting choked up when we’d walk to the front door downstairs. “Pobrecita,” she’d mutter, and shake her head. She asked me if I’d seen the sidewalk where she’d fallen—I hadn’t. “Está roto,” she told me again.

I thought it was the step out front, the one with the stroller ramp, with the crack I hadn’t seen before. But then Paola showed me the bent iron railing beside the wheelchair ramp.

But all last week, after Paola pointed me to it, I caught glimpses of the neighbor’s ghost, still impaled on the thick black railing, thick like a snake or a giant worm that’s burrowed into her abdominal cavity. I wish now I’d known her. People don’t get depression or trauma here. I should have stopped to chat with her ghost at least, those nights when I’d walk the dog and heard her muttering, wide-eyed, childlike, “¿Vas a ponerme bien?” 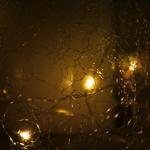 February 15, 2019
"Glass" Shatters and Splits even Unbreakable Hopes
Next Post 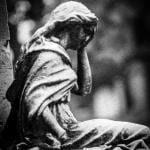