When They Tell You To “Be Another St. Monica”

Yesterday I wrote about speaking up as a survivor of domestic violence in a Catholic family.

Well, this is an important note I wanted to add, but that post was already too long. So. Consider this a really important post script.

“You Should Be Another St. Monica.”

Growing up, I remember my mom being told over and over that she should just be another St. Monica. If she would just love my father better, pray more, embrace her suffering, and be holier, my father would change and her marriage would be a perfect Catholic fairyland, just like all the FUS Marriage and Family speakers promised!

I remember when, during the 6 years I begged my mother to separate from my father, she told me valiantly, “I can’t. I’m supposed to be another St. Monica.”

This was one of the hardest parts of her traditional Catholic homeschooler brainwashing for us to overcome.

In a nut shell, the story goes like this: St. Monica’s husband was a Roman nobleman. He hated her Catholic faith and abused her horribly. She spent her life praying for him and for his conversion, and eventually her prayers were answered. He converted and was baptized before his death.

And Catholics who don’t like it when abused women start to speak up about their suffering use Monica’s story to batter those women back into silent submission to their husband’s abuse.

Melinda Selmys, who has been writing brilliantly and vulnerably about her own experiences of domestic violence from a Catholic spouse, addressed this one yesterday, too:

Abusers go further. They blame their abusive behaviour on the imperfections of their partner, suggesting that if only a woman is sufficiently perfect, self-abasing, adoring and/or beautiful then she will be able to win the right to live free of abuse.

In Catholic culture, this ugly attitude is sometimes promulgated as a recipe for holiness. I recall a story circulated when I was a young Catholic convert: the women in St. Monica’s neighbourhood often had bruises from their abusive husbands, and they asked her how she avoided beatings. She told them that her humility and meekness prevented them from being necessary.

I have no idea whether this story is true or whether it’s entirely apocryphal. It doesn’t really matter: either way, it was being circulated primarily by young Catholic men and it definitely made an impression on me. The underlying message was simple: imperfect women deserve to be abused. And a “perfect woman” is one who silently submits to her husband’s authority.

Look, if the Catholics who keep spreading this hogwash could just shove it, that’d be great.

Not only is it completely harmful, destructive, and lacking in any and all compassion, it is also completely inaccurate.

St. Monica lived in another time altogether (try more than 1600 years ago). At that time, a woman had no recourse to escape an abusive marriage. She could not work and support herself. The Church would not have supported her right to leave her marriage behind. Her only option at that time was to pray for her husband and endure (or, like, poison him, but that’s generally frowned upon, and unfortunately won’t get you canonized).

However, let me repeat myself: that all happened a long long long time ago. Society and the teachings and understanding of the Church about marriage and abuse has development exponentially. The USCCB letter on domestic violence (as well as the Catechism of the Catholic Church itself) clearly shows that the Church does not expect or desire that a spouse remain in an abusive marriage.

So, people, let’s be clear on this: A modern day St. Monica would probably still pray for her husband and hope for his conversion. She would work to forgive him. She would likely even still love him. And she would still separate herself from him.

So stop using her to shame battered Catholic women. 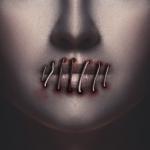 March 23, 2019
In Defense of Our Right to Raw and Uncomfortable Honesty: Why Abuse Survivors Speak Out
Next Post 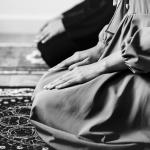 March 29, 2019 Prayer Rugs and Prayer Beads
Recent Comments
2 Comments | Leave a Comment
Browse Our Archives
get the latest updates from
The Shoeless Banshee: Meanderings Beyond the Pale
and the Patheos
Catholic
Channel
POPULAR AT PATHEOS Catholic
1 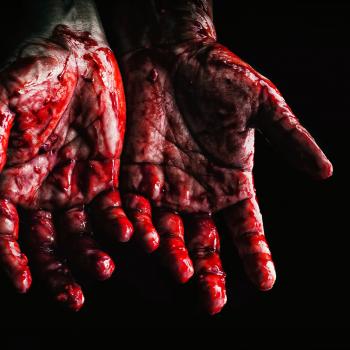