Imbolc In The Reclaiming Tradition

For many years, our core magical tradition has been Reclaiming. Phoenix has practice Reclaiming magic for more than 25 years. Gwion has been part of the Reclaiming tradition since 2003. The tradition is often thought of and described as an ‘eclectic” tradition, where every ritual is different. Goddesses, gods and Mysterious Ones from every continent are invoked seemingly willy-nilly (mercifully not in the same ritual!). And while it’s true that no two Reclaiming rituals are alike, it isn’t accurate to say that there’s no specific liturgy. And this is especially true of Imbolc.

Imbolc, or Brigid as it’s commonly called in many Reclaiming Communities*, is one such ritual that, by and large, happens much the same way each and every year. In fact, some might even say it’s the repetition and familiar format that gives this ritual so much power and meaning. (We know of at least one Gardnerian Witch who will love to see us write that sentence!)

Several years ago we were chatting with some of the ol’time Reclaimers and younger folks who have grown up in the tradition. We asked about Brigid and what it means to them to have the rite done a certain way, every time. Interestingly enough almost every person was of the opinion that it “just wouldn’t be Brigid if ______ wasn’t part of the ritual.”

So what might you expect if you came to a Reclaiming Brigid Ritual?

The Well – A well is created and then filled with The Waters of the World. This spell has been going on for more than 35 years and is often accompanied by the intention “may all the waters of the world run free and clean for all people.” There’s quite the story behind this spell, but that’s for another post.

The Forge – Throughout most of the ritual there is a fire, symbolizing Brigid’s forge. Once lit, the fire is tended the entire ritual. The chant “Holy well and sacred flame” fills the ritual space with ever more creative harmonies and rounds.

The Poetry – There’s always a poem or a story or tale of magic past. There’s a call to action, transforming the words of the spell into something much, much more. Reclaiming is and always will be an activist tradition.

The Pledge – The pledge is difficult to explain, because it is so personal and often a spur of the moment decision. If called, folks make a pledge to Brigid, to themselves, to their guides, their gods, to their partners, it really varies. The pledge might be a promise or a spell. A reminder of how they want to be in the world for this turning of the Wheel of the year.

For the two of us, outside of initiatory oaths and our personal vows to each other, these pledges are the most deeply personal and magical spells we do all year.

As with most Reclaiming rituals, there’s a lot of singing and a trance/meditation and singing, and dancing and there’s some singing too, in case you’re wondering. We’ll leave the rest of the ritual right where it belongs, in the mystery of the moment.

*There are many, many Reclaiming communities around the world, so for sure, not all of them celebrate Brigid as described here. The ritual described above often happens in San Francisco, Los Angeles, Sebastopol and occasionally in Portland. 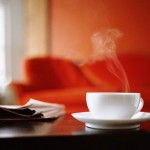 January 22, 2016
Creating Your Own Rituals & Daily Practices
Next Post 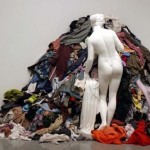 February 9, 2016 Pantheacon - And So It Begins
Recent Comments
0 | Leave a Comment
Browse Our Archives
Related posts from The Witches Next Door