It’s that time of year again when my social media feeds start filling with “Happy Lammas” greetings. There are always a few “It’s Lugnasad – Happy Harvest” texts as well. Invariably, I also see a handful of “Wait! How do you pronounce that?” and “I don’t celebrate Lammas I only celebrate Lugnasad” posts as well. So just what is the deal with this holy day anyway?

Was there a holiday called Lammas in ancient Pagan Britain? Probably not. Were there celebrations of the wheat or hay harvest around the end of July and August? Almost definitely. Wheat and grains have played a part in British agriculture for about 5ooo years now. Without the hay and wheat harvests and the subsequent fruit and livestock harvests, the long winters would be even more difficult to survive. In fact, if the wheat and hay harvests didn’t happen, there was a good chance that the folk in your village were going to die of starvation.

The word Lammas comes to us from the Anglo Saxon period and roughly translates to “Loaf Mass”. Makes sense. Wheat was often turned into bread and history shows us that bread made up a sizable part of the average person’s calories. Our ancestors were noshing on about a pound of bread per day. Of course, “Wheat” hasn’t always meant what it means today. Rye, barley and most other grains were simply called “wheat’ by folk back then. In the middle ages, barley and rye breads, which were lower in nutritional value and harder to digest, were the common “wheat” of the peasant class.

In today’s modern Pagan world, Lammas is celebrated as one of the eight stops on the Wheel of the Year. Lammas focuses on harvest themes even if the harvests haven’t really happened yet. Where I live, in Northern California, we are seeing first harvests of fruits and vegetables and the hay and alfalfa harvests are happening. That follows the intention and practices of my anglo-saxon ancestors, no matter what they may have called or not called this time of year.

It’s also a period where I can sit back and relax a little. I usually teach magical classes, attend and teach at witch camps and festivals from February through late July. My work in the field, so to speak, has been done and I’ve seen the harvests come in. So I can celebrate that too.

No matter how you spell it, there is a fair bit known about this holy day. Most of what we know comes to us from Irish writings, both historic and mythic. The short version is that Lugnasad comes from combining the name of the god Lugh and the word for a gathering, nasad.

Ancient Lugnasad customs involved feats of strength, games, horsemanship competitions and a fair amount of drinking and feasting. There are tales that the games relate to funeral rites  for a goddess of the grain and an almost Promethean struggle to bring grain and agriculture to ancient Ireland between Lugh and Crom Dubh.

Apparently, Lugnasad celebrations are making a bit of a comeback in Ireland (type Lungasad celebrations into Google and you can find a few) and, like the ancient rites they are named after, feature games, crafts, local foods and artists.

Throughout the British Isles and Ireland, in particular, and much of the rest of the world too, there are harvest celebrations. In pre -Christian Britain there were horse fairs and trade fairs that brought tribes like the Iceni and Canti together. Not coincidentally, these fairs often happened after the “fighting season”, during the harvest season. The most famous Harvest festival that might have some ancient pagan roots is “Scarborough Fair”. Officially it dates back to the middle ages and was chartered in 1253 during the reign of King Henry III. This harvest festival went on for 45 days. Imagine the amount of ale that was consumed!

Although there’s no direct Pagan connection, we know that other harvest festivals had been going on for centuries, during Pagan times, so perhaps there’s a case to be made.

Funnily enough, the Church of England still has harvest festivals in September. I can remember going to church as a nipper and marveling at the wheat sheaves and fancy, plaited breads that decorated the nave and alters. Pagan roots? Maybe. Celebrating not dying of hunger? Probably.

Something to celebrate no matter what you call it

Whether you celebrate this time of year as a modern Pagan or as a reconstructionist or as a gardener who has been toiling since March with your starters and is now enjoying your first tomatoes, I think there’s a lot to celebrate here. I can certainly look at what I’ve harvested and reflect on the work to be done between now and Samhain. Lammas/Lugnasa/Harvest-tide is a resting point. A time for reflection and a time to quaff drinks in the sunshine!

And that’s something I think we might just all get behind!

Happy whatever you call it and however you spell it! 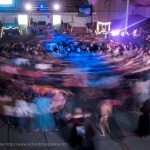 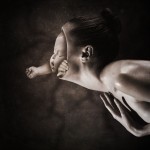 August 7, 2017 Magic And Art: Meeting Between The Worlds
Recent Comments
0 | Leave a Comment
"I haven't bothered with a circle in years and haven't suffered for it. I personally ..."
Meredith Everwhite Casting a Circle – Not Just ..."
"I see the same thing happen to people who have assumed Deity."
Woods Wizard The Perils of a Magickal Hangover
"Thank you."
Gwion Depression – Inside And Out
"Could cast the circle to cover geographic area or treat the call like a closed ..."
Tree Casting a Circle – Not Just ..."
Browse Our Archives
get the latest updates from
The Witches Next Door
and the Patheos
Pagan
Channel
POPULAR AT PATHEOS Pagan
1