The Pearl Pentacle – The Work of Many Lifetimes

The Pearl Pentacle – The Work of Many Lifetimes September 14, 2017 The Witches Next Door

Ask most folks how a pearl is formed and they’ll tell you something like “A piece of sand or grit gets into the oyster’s shell and then the oyster coats the grit and hey presto! We have a pearl”

It’s  a lovely story, but  it isn’t quite right. The coating part is accurate, but the “piece of sand or grit” isn’t. It turns out that the irritant is usually a parasite and it begins to eat at the lining of the oyster. The oysters immune system then begins to secrete two substances that form a nacre and then it basically entombs the parasite and its host, killing it and protecting itself. The byproduct of that self-preservation is a pearl. In cultured pearls, the oyster is actually wounded and it’s that wounding that begins the healing process, eventually forming a pearl.

So what does this have to do with magic? I hear you say…

I’ve been part of the Reclaiming craft tradition for many years and I teach Reclaiming style magic too. In most Reclaiming communities around the globe, you’ll find folks teaching what are often referred to as Reclaiming’s core classes. Far from just one-time events, these offerings can be taken over an over again and the practices learned often form the foundation for daily devotional work. My own practice has certainly been influenced and affected greatly and each time I take or teach this work, my personal practice deepens. The Pentacle of Pearl is one such topic of study.

Now, considering I studied Tibetan Buddhism for more than a decade, you’d think I was really comfortable with the idea of re-incarnation or the more common belief of transmigration of a soul but I’m not. And more to the point, I know many Pagans that aren’t too sure about it either. So that phrase has been a bit of an irritant, slowly eating me from the inside out. I’ve tried to nacre over it but I just couldn’t – But then something changed.

While I was cogitating on this conundrum, something I’d been churning over and over shifted for me. You see, it occurred to me that “many lifetimes” doesn’t have to refer to lifetimes of mine! The last time I taught Pearl Pentacle there were twenty of us gathered together to shape and create this Pearl Workshop. For most of the folks attending it was their first experience of the Pearl Pentacle energy system. That means that twenty people, twenty distinct lifetimes had just been affected by this work. And this is something I can really hold onto. Undoubtedly, some of their experiences from the weekend will impact their lives, heal over their wounds, begin the coating process for them and, perhaps, this will impact many other lifetimes out in the world too.

And while that might be said for many pieces of magic, it’s particularly true because of the nature of the Pentacle of Pearl work. It’s about relationships, or maybe more accurately, being in relationship with other people, with community (as you define it), and with the environment(s) we find ourselves in.

How do we express our own Love and still make space for the many different aspects of Love as others hold it? Can I  support you and your definitions of Love relentlessly even when I have no template for your lived experiences?

What does Law mean to me and to other people in my community? In other communities? Can I hold that what is Law for me might be tyranny for someone else? And how do we have constructive, actionable conversations about how those Laws affect us all?

Wisdom might indeed come from age and human experience, but it comes from completely unexpected places too. A moment of absolute brilliant Wisdom can be missed if we aren’t awake and paying attention to what the trees and slugs and flying things are telling us. Where do we miss out on valuable Wisdom simply because we only invite a few select people to the community table?  What Wisdom could be gained if the Wisdom of all beings, as it were, were considered?

What about Liberty? However bravely fought for, Liberty cannot be a static thing to be won once. Liberty must be frequently checked and questioned and re-examined to make sure that it extends and expands to include everyone.

What passes for Knowledge in our magical and human communities? Academic work and mastery have their due place, of course, but let’s not forget that Knowledge stands in direct correlation to understanding our passions and motivations and intentions. Knowledge isn’t, mustn’t be judged simply by the schools we attend or the magical lineages that we may come from, but from what we bring over and over again to community. Knowledge is something to be shared not horded or secreted away.

What About Real Oysters?

And of course, we have to consider the oyster. The home of the pearl to be.  Oysters act as filters. They help sustain healthy waterways. In many places in the U.S. oyster populations have declined so severely that devastating impacts on the quality of marine life are being felt up and down the ecosystem. Oysters take what is dangerous, painful, parasitic, and unhealthy and work instinctively to create something spectacular, clean and valuable.

I don’t know yet if there’s any specific action I can take to help with the restoration work but I am committed to doing something. The Chesapeake Bay Program has all sorts of tips that can help Bay life and I imagine there are similar efforts afoot here in California. If you know of something, let me know!

As with all magic I am part of, I thank those that make it with me and hold with the deepest respect my teachers and my teacher’s teachers.

* Some teachers present the pentacle as Love – Law – Knowledge – Liberty/Power – Wisdom. I appreciate both versions but prefer the way I listed it above.You know how it goes – Your mileage may vary! 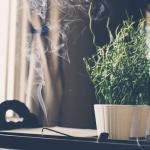 September 12, 2017
What Is Incense For? A Few Things To Know About Incense
Next Post 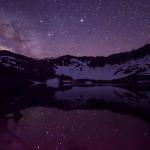 September 18, 2017 Autumn Equinox - Finding Equilibrium on the Mountain Top
Recent Comments
0 | Leave a Comment
Browse Our Archives
get the latest from
The Witches Next Door
Sign up for our newsletter
POPULAR AT PATHEOS Pagan
1

When Grief Comes 'Round on Cat...
A Modern Traditional Witch
Related posts from The Witches Next Door