The Ordinary Life Of A Witch – Dishes, Dinner, & Devotion

Today started out like most every other day at the Witches Next Door’s house. I woke up first and went into the kitchen. Lighting the stove with an absent minded click of my fingers, I brewed the morning coffee and filled the mugs from across the room by reciting effundam et lac. It’s one of our favourite spells. We use it all the time. I headed back to the bedroom with the hot coffee and found the Book of Shadows our ancient witch grandparents left to us, levitating just above the comforter. Phoenix was poring over it looking for the new facere lauandi incantation our High Priestess had just taught us. Ah! The very ordinary life of a witch.

Okay. That’s how I wish it had happened.

I did wake up first. Then I stumbled, bleary-eyed into the kitchen. I turned the burner on, pulled out the coffee mugs, and stood there engrossed in a heated Scrabble game on my phone, while scratching my arse. Several minutes later I realized the kettle hadn’t whistled and discovered that I’d put the kettle on the front burner, but lit the back burner. There was a Book of Shadows on the bed, along with several other magical publications. Phoenix was doing research for an upcoming class. The laundry was just where I’d left it, on the floor. No amount of finger pointing and wrist flipping was going to make it suddenly facere lauandi by itself. Ah! The very ordinary life of a witch. 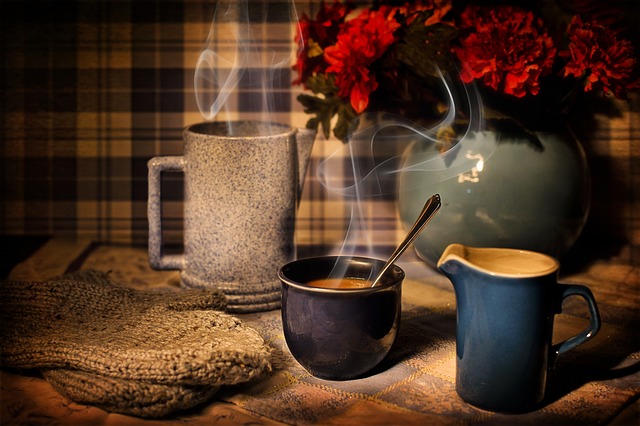 There’s nothing particularly magical about doing the dishes. However, some pretty wonderful things have happened while I’m scrubbing and loading the dishwasher. You see, my kitchen window looks out over a walking trail and about eight acres of land. Now, to be really transparent, my house was built in the 1970’s and will never be featured in Sunset Magazine as one of California’s most stylish homes. It’s nothing special, except that it looks out on four acres of grazing land and four acres of scrub land. It’s part of the city’s greenbelt so it can’t be developed.

Phoenix and I have lived in this house for for more than a decade. We’ve paid attention and learned the language of the land. We can tell when Spring is coming by seeing what goes into bloom when and which birds are setting up their nests and “chatting” about where to get the best twigs for that second floor addition. Rabbits really do start hopping about just before Ostara. Wild flowers are abundant right about Beltane and have, on occasion, made it into a vase on an altar.

The land and all it’s varied inhabitants tell us things all the time. Once a year there’s a massive congress of crows. I mean it. Don’t ask me why, but every August-ish about a thousand crows suddenly blacken the sky from every direction and have a very loud, all-day long meeting. It’s a wondrous thing to see. We saw two ravens doing that dive bomb thing they do, swooping in impossibly tight circles, and darting to and fro around our neighbour’s yucca tree. We knew instantly what it was. Someone was trying to muscle into their territory and they didn’t like it. We even guessed at the culprit, based on their flight patterns. It was a pair of juvenile red shouldered hawks.

We’ve learned so much about the place we live, just by engaging with the environment we inhabit. We converse with it. We listen to it. One definition of magic is “changing consciousness at will”. I believe slowing down, watching carefully, and understanding the very real interactions we have with the very real beings that reside in this place is changing our consciousness. For me, that is magic. 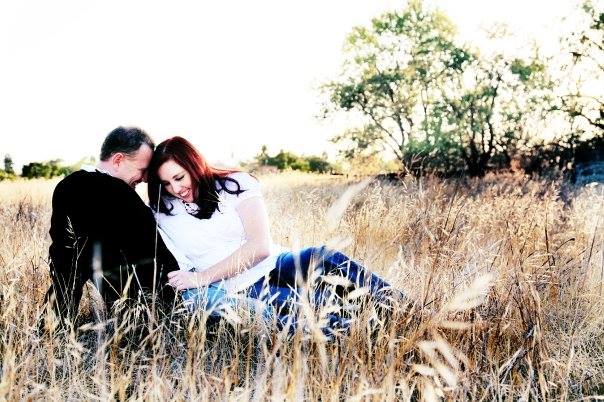 Dinner: The Way To A Witch’s Heart

…is through the sternum. Phoenix reminds of this whenever I display an overabundance of sass-mouth. But seriously, my guess is that you’ve cooked something for someone in your lifetime. I’m not fussy about what it is or how organic it was. Duck a l’orange is dandy. Little Debbies ain’t bad either if you take the time to unwrap them and bring them to me while I’m watching the game.

Food is a magic all of its own. Food is alchemy in action. Without food, you’re dead. One of my dear friends, who is a great cook says, “wanna know my recipe for pie? Step one: Create the universe”. No matter what magical tradition you follow, I bet there’s at least one story about food and the gods, or food from the goddess, or respecting the planet we live on because it’s the source of everything you eat. And that includes Little Debbies ’cause they were made on Earth just like plantains.

The next time you eat, I invite you to practice this very ordinary and highly magical incantation:

This meal is the work of many hands,
and I offer you a share.
Holy ones, accept my gift,
and upon my hearth, leave your blessings.

or any other wonderful Pagan Food Blessings

Here’s a little secret about devotion that you won’t find in many magical books. Ready? It’s not about you. Devotion is all about the person, place, deity, relationship, or whatever else you might be devoted to. You should expect to get nothing from the practice of devotion.

Devotion can look a thousand different ways. It could be something as ordinary as making your bed or buying fresh flowers for the goddess on your altar. Phoenix and I nearly always shower together. We have done for the entirety of our relationship. I always get out first and hand her a towel. It’s one, very small act I’ve repeated several times a week for fifteen years.

Phoenix and I own a shop. We’re devoted to our customers. I mean it. We say “welcome” to every customer that crosses our threshold. It’s our shop practice to thank every customer for coming in, whether they purchase from us or not. We light candles to several goddesses each day and thank them for the blessings they bring. In turn, our customers share amazing stories with us. They tell us about the magics they are working in their lives and how our little shop has helped or inspired them. I can’t tell you how many times a customer bares their soul to us and we all end up crying. We honour their courage and vulnerability every time. Devotion is part of the shop’s very DNA.

If you are looking for something to shake up your magic, try starting a devotional practice. It can be almost anything. Spend five minutes spoiling yourself. Pour a libation to your favourite deity. Weed a vegetable patch. Refill the bird seed feeder more regularly. Look up at the stars each night and say “thank you”.

Shooting Fire From My Fingers

I’d love to show you how I shoot fire bolts from my fingers. I really would. The closest I managed was getting a little careless sauteing some mushrooms and catching a tea towel on fire. I sent the burning towel hurtling across the kitchen toward the sink. That counts, right?

Truth be told, as much as I’d like to ride into the night sky on my broom, I’d probably settle for being able to conjure that broom to sweep the kitchen floor by itself. Ah! well. I’ll keep working on it and let you know if I stumble upon the right spell.

In the meantime, I’m off to practice some ordinary magic, and bust out those dishes. 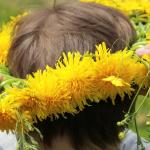 April 24, 2018
A Beltane Poem - Quite Possibly The Worst One Ever
Next Post 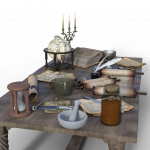 May 18, 2018 Magic In The Office - 3 Sneaky Things I Really Do At Work
Recent Comments
0 | Leave a Comment
"Holy cow, this is exactly how I read. Thank you for putting it in such ..."
Saorni Learning to Read Tarot
"Other people's correspondences for colors etc. are useless aside from placebo effect, unless and until ..."
Daniel Davison Witchcraft Done Wrong
"I like your idea of putting colors on an altar space, never thought of that ..."
Lily the Seeker Discovering Your Spiritual Allies
"For some of us, our "pets" are more family than our blood relations. I'm one ..."
Kyllein MacKellerann Samhain and Beloved Pets
Browse Our Archives
Related posts from The Witches Next Door