How Braised Cabbage Made Me A Better Witch

I know. You’re thinking isolation and social distancing has finally gotten to Gwion and he’s gone and completely lost the plot. I promise you, braised cabbage really has made me a better witch. As you might imagine, there’s a story behind this. And as a good friend of mine frequently says when I tell stories, “that was a long way to go for a ham sandwich.”

When I was a kid, in the late 1800s, I hated cabbage. The cabbage that wound up on my plate was boiled to a watery, pale green, clumpy, snot ball of dubious origins. It was referred to as “greens” but bore only the faintest resemblance to the colour green. At Christmastime, cabbage took on a ruddier complexion when it was pickled and red – A lot like my grandmother’s nose.

Bland, boiled, and unsalted, I was told to eat it up because cabbage was good for me, which in the form it was served was clearly not. Most of my memories around cabbage rank right up there with getting tetanus shots or detention or slipping and falling down in a mud puddle on the way to school and being stuck wearing wet, muddy clothes all day.

For years I avoided cabbage wherever possible. Cabbage was not for me. No sir.

There was a restaurant near my house growing up. It was your typical buffet style Chinese restaurant. You know the type, stainless steel pans filled with chow mein, rice, broccoli and beef, and egg rolls. I loved eggrolls, with those tasty carrots and lettuce…Wait, whaddya mean the green stuff in egg rolls is cabbage?

And that’s when my relationship to cabbage began to change. I learned to make eggrolls and stir fry and any recipe I could find which highlighted cabbage.

Several years ago I began making braised cabbage. The first recipe I found was by Martha Stewart (don’t hate me for this). This led me to her braised red cabbage recipe. In time I found Marco Pierre White’s perfectly simple recipe in his 2008 book Great British Feast.

I can’t tell you how many variations of braised red cabbage I have in my brain. One thing I know how to cook for sure is braised, red cabbage. And this is where the story turns to witchcraft. 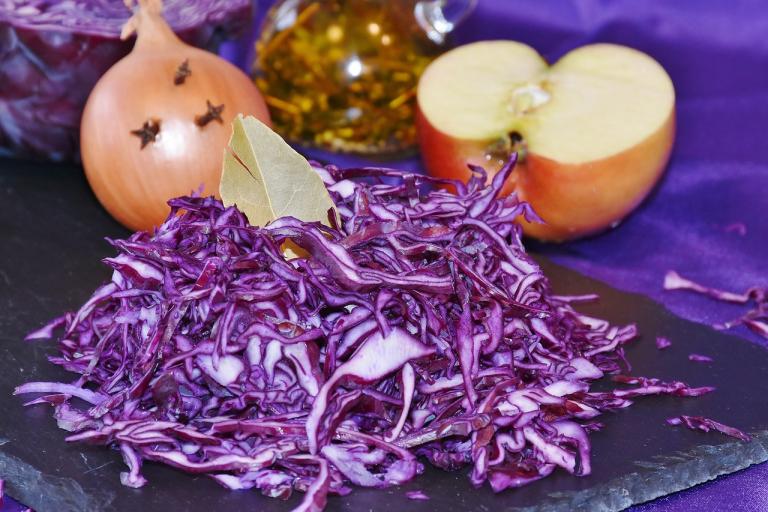 On my journey through the occult world I’ve found myself in druid circles and eclectic rituals. I’ve participated in witchcraft rites from dozens of traditions, some of which I’d never heard of. I’ve toasted Thor at blots and witnessed the awesome power of Ifa ceremonies.

The magick and majesty of these traditions is fantastically varied. They speak to folks in different ways, through proclivity , culture, language. mystery, and time.

Over the years I’ve sampled “recipes” from around the occult world. Some are delicious but clearly not for me. The practices which do resonate with me, fill my soul with wonder, and inspire me to learn more. And that’s where braised red cabbage comes in. I’m sure you can see the parallels.

I know braised red cabbage. How to cook it. What to add to it. And a thousand variations of ingredients to augment the flavour. I know particular forms of witchcraft. How to perform the rites and spells. What to add to the magick. And a thousand variations of correspondences, oils, chants, spells, trances, exercises, and rituals to augment the magick. Somewhere along the way “Ye Olde Arte” became part of my DNA.

Every now and again – honestly, it seems like every twenty minutes online – there’s some argument about gatekeeping witchcraft or who gets to be a real witch. There’s always someone standing on the proverbial lawn yelling about the pesky kid witches and their TikToks, and Instagrams, and googlewebs.

I was a kid who hated cabbage, even though it was good for me. I found my own way to cabbage through experimenting with vinegar and apples and red wine and I’m really, really good at making cabbage now. Same with witchcraft. I’ve spent years honing my craft, my way. My journey is not your journey, is not your kid’s journey but it’s still a journey and it’s still witchcraft no matter how you come to it.

The only favour I ask of you is to practice your craft. Stick with it and you’ll learn so very much.

About Gwion Raven
Gwion Raven is a tattooed Pagan, writer, traveler, musician, cook, kitchen witch, occult shop owner, and teacher. Although initiated in three magickal traditions, Gwion describes his practice as virtually anything that celebrates the wild, sensuous, living, breathing, dancing, ecstatic, divine experiences of this lifetime. Born and raised in London, England, he now resides in Northern California and shares space with redwood trees, the Pacific Ocean, and his beloved partner. You can read more about the author here.
Previous Post

October 24, 2020
Calling The Dead On Your Cell Phone
Next Post 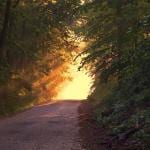 December 6, 2020 Spirits of Place
Recent Comments
0 | Leave a Comment
Browse Our Archives
Related posts from The Witches Next Door