Full disclosure – I did not take this picture, nor do I know who did.  I don’t know if it’s new, or if it’s been around for a while.  I don’t even know if this is an argument any actual thinking human being is attempting to make, or if this guy is being filmed as an extra on a movie set.  Either way, it’s going around fb as an anti-choice statement by people I DO know – AND LIKE – and I felt like responding.  😀 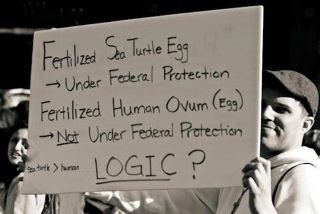 I considered a serious rebuttal to the implied nonsense in this guy’s sign.  Then, I decided to treat this mentality like the joke that it is.  I created a chart.  Charts are logical, right?  (Click on it to enlarge…) 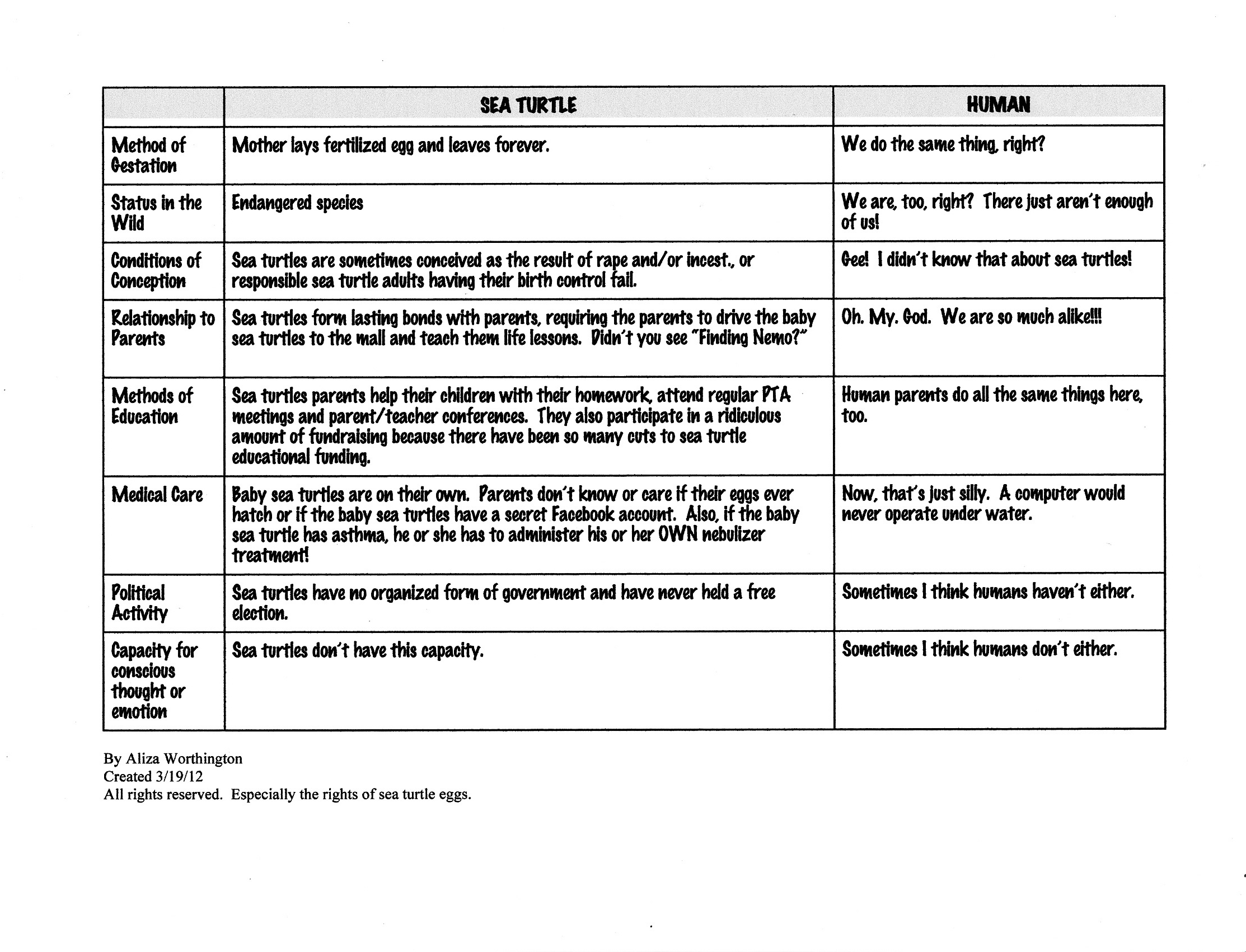 I was soooooo tempted to go back and make a better chart – one that really disproved this flippant comparison.  You know, how protecting sea turtle eggs had no future consequences for the mothers who lay them; how laying the eggs and leaving to go on with their sea turtle lives could not with any intellectual honesty be compared to the medical and emotional issues that must be weighed when a human female gets pregnant; the financial implications of helping a sea turtle hatch as opposed to forcing a woman to go through a pregnancy, birth a child, give the child up for adoption OR keep the child and raise him or her through adulthood; how a sea turtle mommy is not at risk for the emotional trauma that a human mommy is no matter WHICH decision she makes regarding pregnancy, birth and parenthood – because in my zeal for intellectual honesty, I must NEVER minimize the heartbreak and guilt that goes along with the decision to TERMINATE a pregnancy.

I didn’t, though, because when I set out to write this, I vowed to treat this chart with the same level of complex thought as anyone who would seriously try to make the argument in the sign the guy in this picture is holding.

March 24, 2012 Shadows
Recent Comments
0 | Leave a Comment
Browse Our Archives
get the latest from
Best of Patheos
Sign up for our newsletter
POPULAR AT PATHEOS Jewish
1