The first (and only) time I was ever in a room with you, I was unimpressed.  It was at Lardarius Webb‘s 1st Annual Bowling Classic.  This was an event he held to raise money for disadvantaged youth.  I was there because I bid on and won tickets at Casey Cares’ silent auction.  (Casey Cares is a wonderful local organization that does the little things that mean so much to children with chronic and critical illness and their families.)  I brought my two boys and three of their friends, and they were absolutely beyond thrilled to be in the room with so many Ravens players.  Including you.

Sadly, but understandably, you had layers upon layers of protection between you and any of the child fans who wanted to meet you.  As soon as you were spotted on one lane, bowling, it seemed like people swarmed and you practically sprinted to another lane to get away.  Yes, I know you did sign autographs and talk to some fans, but suffice it to say, the other Ravens players were much more…um…approachable and friendly.  I tried to steer the kids towards them, and their disappointment at not getting a chance to say hi to you was really assuaged by sweetness and warmth so many of the other players offered the kids.  I’m sure, though, that the people you actually did meet and interact with came away with amazing memories, which is awesome.  So, we shrugged the distance off to the difficulties of superstardom, and continued to root for you like crazy on the field.

I gave you a second look, however, when I started seeing people reposting your Facebook statuses taking a stand against bullying.  It’s something I consider pervasive and corrosive in humanity, and I was thrilled to see someone of your star power and talent taking the issue on.  My sister and I were bullied as kids, and I have many friends whose kids are dealing with it as well.  There is even one amazing girl in my neighborhood taking her own stand.  She was featured on local news here, and she’s using the power of social media to spread her message here.  My opinion of you did an about-face, and I immediately began following your fb page, and made sure to thank you there for all you’re doing – which is considerable and amazing.

Today, though – on July 4th – you make me sad again.  Here is what you said in your FB status:

“It’s sad that many Americans don’t even know the Pledge anymore. “One nation, UNDER GOD…” And if you have an issue with me posting this and capitalizing UNDER GOD, remember, because of today, you are FREE and have the absolute right to remove yourself from my page! Happy Birthday America!”

It’s not your devotion to the wording of the Pledge that’s problematic.  It doesn’t bother me that you capitalize “under God.”  I respect your feelings about that, despite the fact that those words weren’t even in the Pledge until the 1950s.  Sometimes even I include those words when I say the pledge, and sometimes I don’t.  My right.

What bothers me is your invitation, which really borders on a challenge, to remove myself from your page if I disagree with your message.  Why this attitude?  We see it everywhere.  “Learn the language or leave.”  “If you don’t like the government, move to another country.”  “Disagree with me?  Feel free to stop being my fan/friend.”  “Don’t like what I’m saying?  There’s the door.”

Are you that threatened by people who don’t agree with you?  Do you think it’s that threatening to me that you say something with which I disagree?  Do you really believe that differing opinions automatically become a wall between people?  I’m more optimistic than that.  I have more faith in myself and my fellow citizens than that.  I give us ALL more credit than that.  I see time and time again examples of people making agreements, staying friends, moving forward, and continuing to respect and love one another despite divergent or opposing opinions.

I’m not naive.  I know divisiveness rules.  I realize mixed marriages, political foes who are friends, hearts softened by having witnessed suffering may not be what makes the news headlines, but I see it every day, in all levels of humanity.  It’s not sexy enough to be splashed across the headlines, but it’s there.  There are even ways in which you, Ray Rice, are evidence of it.

So, no.  I don’t feel the way you do about the words of the Pledge of Allegiance.  I disagree with you about the importance of the words “under God” in the Pledge.  But neither is our diverging opinions a basis for which I would dissolve a friendship, however many degrees of separation there are between you and me.  So thanks for the invitation to leave, but I’m staying in the room.  Because it’s my room, too.  And because frankly, to me, THAT,  is what makes me beyond grateful and proud to be a citizen of this country. 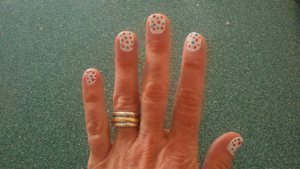 July 18, 2012 Is There No Way to Win?
Recent Comments
0 | Leave a Comment
Browse Our Archives
get the latest from
Best of Patheos
Sign up for our newsletter
POPULAR AT PATHEOS Jewish
1