There Is No Such Thing as “Cultural Appropriation”

Addendum: People are still linking to this a year after it was first posted. It’s my most popular piece by orders of magnitude, which is weird (I would have thought psychedelic drugs or trying to take down Plato would be a more popular topic) but so goes the web. I stand by what I wrote here but for additional context you might see the first part of my follow-up, The Cultural Appropriation Controversy: A Summary Reply.

In the past few weeks, two extended discussions about the evils of white folks wearing their hair in dreadlocks have come across my Facebook feed. According to some self-appointed defenders of political correctness, this is “cultural appropriation”, and white people who wear their hair in such fashion are guilty of a subtle form of racism.

I pointed out that Hindus have been wearing their hair in matted locks for centuries, that it’s not something unique to Rastafarians or African-Americans or people of African decent in general. Unless you’re going to call Shiva a racist, the charge is baseless.

I am being politically incorrect again, but I find that there are few more wrong and infuriating notions than “cultural appropriation”. It is ahistorical, ignoring the way in which ideas diffuse across cultures. And it is ontologically confused, believing that ideas are in the category of “property” — the same confusion that lies at the root of the broken idea of “intellectual property” and the “War On Sharing”.

And the term becomes even more ironic when we consider its literal meaning. According to the Wiktionary, “to appropriate” means “[t]o take to oneself; to claim or use, especially as by an exclusive right” or “[t]o set apart for, or assign to, a particular person or use, especially in exclusion of all others; with to or for”. So if anything, it is those who are claiming that bits of culture are the exclusive right of a certain group who are practicing appropriation.

This is an important matter to Paganism. As I describe in Why Buddha Touched the Earth, the Neopagan movement emerged in the 19th century when discontented intellectuals looked to three sources for religious inspiration: the natural world, pre-Christian European religion, and the religious practices of other cultures.

So if it’s is somehow inherently wrong to adopt sacred practices from other cultures than Paganism stands on shaky ground indeed. But ideas are not property. As Thomas Jefferson (who was a jerk on many subjects, like raping slaves, but who makes an excellent point here) famously observed,

If nature has made any one thing less susceptible than all others of exclusive property, it is the action of the thinking power called an idea, which an individual may exclusively possess as long as he keeps it to himself; but the moment it is divulged, it forces itself into the possession of every one, and the receiver cannot dispossess himself of it. Its peculiar character, too, is that no one possesses the less, because every other possesses the whole of it. He who receives an idea from me, receives instruction himself without lessening mine; as he who lights his taper at mine, receives light without darkening me.

When we see an idea — a hairstyle, a type of personal ornamentation, a religious belief or ritual — in use in another culture and choose to copy it, it does not in any way interfere with the original culture’s ability to practice that idea.

Now, we must admit that there are serious errors we can make in dealing with an idea that comes to us from a culture other than our own. We can misrepresent a practice, either through carelessness — not doing the homework — or through deliberate distortion for political or economic ends. An imperialist power has a strong motive to portray those it exploits as barbarous, and there’s no doubt that taking elements of a culture in isolation can do that. History provides all too many examples of an invading power making the argument, “These people are primitive and backwards, we should force the benefits of our culture (and our economic system) on them for their own good.”

Or we can fail to give proper credit (social or economic) to the originators of an idea. For example it’s well-known how African-American jazz musicians in the early 20th century were exploited by white record producers. In the tech world, Edison stealing ideas from Tesla is a well-known injustice that probably stemmed in part from anti-immigrant prejudice (besides that fact that Edison was just an asshole).

These are bad things to do. We ought to speak out against them, encourage our friends to avoid the mild versions of such failures and roundly castigate social and political leaders who commit serious versions of them. It’s not ok, it’s not cool. But these are not “appropriation”. The former is either laziness or dishonesty, the latter is plagiarism, and we recognize laziness, dishonesty, and plagiarism as sins all on their own. We don’t need to create a new category to condemn them.

In some circumstances we can fall into the lesser sin of giving insult, of failing to give a polite level of respect to something that someone else considers important. To carelessly throw a Quran to the ground in front of a Muslim taught to venerate that book — or an American flag to the ground in front of an American taught to venerate that colorful rag — can be jerkass move.

But on the other hand, some things should be insulted. Some ideas are harmful or deeply ignorant and should be the target of ridicule. Maybe that American flag, symbol of so much imperialism and overseas oppression, should be thrown to the ground. Certainly a Confederate flag, symbol of a pro-slavery terrorist group, should be. Being insulting to another culture is not necessarily wrong; and when it is, again, it is a error on its own.

Laziness, dishonesty, plagiarism and — sometimes — disrespect are failings to be avoided. But copying ideas is not a failing. We have been copying from other groups for forever, probably since before we were human. It’s basic primate behavior: “monkey see, monkey do,” as the cliche goes. Some of the first words spoken by our ancestors were probably along the lines of “Hey Ogg, look at what that other tribe of other proto-anthropoids over the hill is doing with those sticks! Look how their groom their fur! Let’s do that too.”

This is how human cultures grow and improve. We learn from each other, we adopt best practices from other tribes. To confuse this with theft is not merely wrong, it actively holds back progress.

Postscript: For my reply to the controversy around this post, please see The Cultural Appropriation Controversy: A Summary Reply. 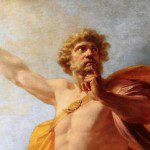 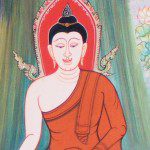 September 29, 2015 The Buddha Was A Handsome Man -- Should a Female Dalai Lama Be A Lovely Lady?
Recent Comments
0 | Leave a Comment
"I was revisiting this post, and wanted to clarify that by “dominant culture,” I wasn’t ..."
Laurie Smoking Out The Pagan Gatekeepers
"Feel This! I wrote about this in my blog as well. Theme for the year?"
Bo Thompson Assemble: A Sigil for 2023
"In the 1990s, people scoffed when I suggested re-legalizing cannabis.This month, we voted to do ..."
Tom Swiss Police Violence: Seeing the Fnords
"Two years plus onward and the movement to abolish the police has completely evaporated. So ..."
Jill Kews Police Violence: Seeing the Fnords
Browse Our Archives
Related posts from The Zen Pagan