The Buddha Was A Handsome Man — Should a Female Dalai Lama Be A Lovely Lady?

The Buddha Was A Handsome Man — Should a Female Dalai Lama Be A Lovely Lady? September 29, 2015 Tom Swiss

The Dalai Lama raised some eyebrows recently when he suggested that one of his future incarnations might be a woman, but it would be useless if she wasn’t an attractive one.

In an interview with BBC reporter Clive Myrie, His Holiness said “I mean, if female Dalai Lama come, then that female must be very attractive. Otherwise not much use.” A surprised Myrie assumed the comment was meant in jest: “Really? You’re joking.” But HH the DL replied: “No, true!”

Some have seen this as a disappointing example of sexism, while others have dismissed it as a tongue-in-cheek remark.[Gayle]

But both of these takes may be missing an important point about Buddhism.

According to the Lakkhaṇa Sutta — part of the of the Digha Nikaya (“Collection of Long Discourses”) and supposedly the testimony of the man himself — the Gautama Buddha was a heck of a handsome guy. (“Sutta” is the Pali version of the Sanskrit word “sutra”, which is probably more familiar to us.) He had “soft and tender hands and feet,” “legs […] like an antelope’s,” a bright golden complexion, and “skin […] delicate and so smooth that no dust can adhere to his body.” His body was “divinely straight”, with a chest “like a lion’s”, and his face featured bright teeth, deep blue eyes, and eyelashes “like a cow’s.”

The Big B, according to the sutra, claimed to have earned this handsomeness because in past lives he “undertook mighty deeds to good purpose, unwavering in good conduct of body, speech and thought, in generosity, self-discipline, observance of the fast-day, in honouring parents, ascetics and Brahmins and the head of the clan, and in other highly meritorious acts”. And as a direct result of these “marks of a great man”, “he quickly acquires whatever things befit a ruler” and he is “popular with and loved by monks, nuns, male and female lay-followers, devas and humans, asuras, nagas and gandhabbas.”[“Lakkhaṇa Sutta”]

Now either the Buddha was or was not extraordinarily handsome; and either the sutra is or is not an mostly accurate report of his claim that this handsomeness was the karmic fruit of past lives. The combination that he was ordinary looking but claimed that he was handsome because he did such good work in past lives doesn’t really make sense, so we’ll drop that one. That leaves us three cases:

1) The Buddha was ordinary looking, and his supposed handsomeness and his claims about it were inserted into the record by his followers;

2) The Buddha was handsome, but never made these sorts of claims about it; the sutra’s report of his speech about it is a sort of retconn by his fans to explain his beauty;

3) The Buddha was handsome, and the sutra is an accurate report of him bragging about it being the result of his supernatural nature.

I don’t have the Dalai Lama’s e-mail address to ask him, but as an orthodox Buddhist who believes in a supernatural sort of reincarnation, His Holiness probably holds with case 3. Quite possibly in all of its fine details — HH may even believe that the soles of the Buddha’s feet had the mark of a thousand-spoked wheel and that the Buddha’s tongue was endowed with a “perfect” sense of taste.

If he believes that the Buddha was a good-looking guy, who used supernatural means to be born that way, and that this handsomeness helped the Buddha be loved by — and therefore listened to by — monks, nuns, laypeople, and even deities, then it would logically follow that any of His Holiness’s own future incarnations should follow that example and use their supposed supernatural abilities to make themselves pleasing to the eye. That would hold for a female incarnation just as much as for a male one.

On the other hand, as at best an “outsider Buddhist” if you will, and someone more skeptical about the Pali canon (which was not written down until centuries after the Buddha’s death), I’m free to speculate.

Was the Buddha a looker? Well, it would explain how he gathered an audience. We have a bias towards beautiful people, we assume that they are more intelligent, more dominant, even more mentally healthy.[Feingold] And to some extent this becomes a self-fulfilling prophecy — we treat pretty people better, and so they achieve more and feel better about themselves.[Umberson] (This of course is a statistical average; beautiful people can be depressed too. Think of poor Marilyn Monroe, who essentially died of loneliness.)

As a spiritual teacher, in addition to his mystical insights and his keen analytical mind the Buddha had the advantage of royal birth. If we add to that a pretty face, it helps explain how his teaching caught fire. It’s possible that others had just as much insight and analyzed it just as cogently before Siddhartha came along, but that no one was much interested in what a goofy-looking working-class hero had to say.

But if the Buddha was a pretty boy, it seems rather immodest for him to have gone on at such length about it. It strikes me as more likely that this speech was inserted later by a less insightful follower as a sort of simplistic morality lesson: “be good, and in your next life you can be good looking”. And also, perhaps, as a justification as to why it was okay to ignore those goofy-looking working-class heroes — they clearly didn’t have the right supernatural mojo, or else they’d have gotten themselves born as pretty princes. (Princes, of course. Not Princesses. A belief in the supernatural ability of superior souls to be born as they wish justifies sexism as well.)

And if that’s the case, if generations of followers were trying to justify their own biases by putting speeches about supernaturalism in the Buddha’s mouth, it reflects on how we should interpret the whole Buddhist canon…including ideas about reincarnation.

Maybe we’d all be better served the Dalai Lama stuck to the core ideas of the existence of suffering, its root origins, and its possible solutions, rather than supernatural speculation about reincarnation as a sexy successor. 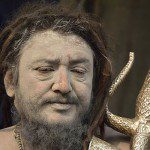 September 26, 2015
There Is No Such Thing as "Cultural Appropriation"
Next Post 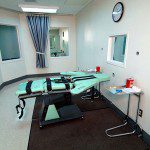 On Turning 60
John Beckett
Related posts from The Zen Pagan