The Empress Restored: A Dream And Tarot Reading For 2018

Sometime the morning of New Year’s Day, I had an odd dream. (Actually it’s odd whenever I remember a dream.)

I dreamed about The Empress in my old tarot deck, that this card had been torn up and I had to restore it.

I have a sense that in the dream it was not just a matter of using glue and tape, but restoring it in a deeper way. (This part might have been influenced by recently re-reading Ursula K. LeGuin’s The Other Wind, which features a sorcerer whose small power is of mending items, making them whole again.)

So later that day I pulled out the old Rider/Waite deck I bought at Baltimore’s famous Greetings And Readings back in the 1980s, and did a reading. 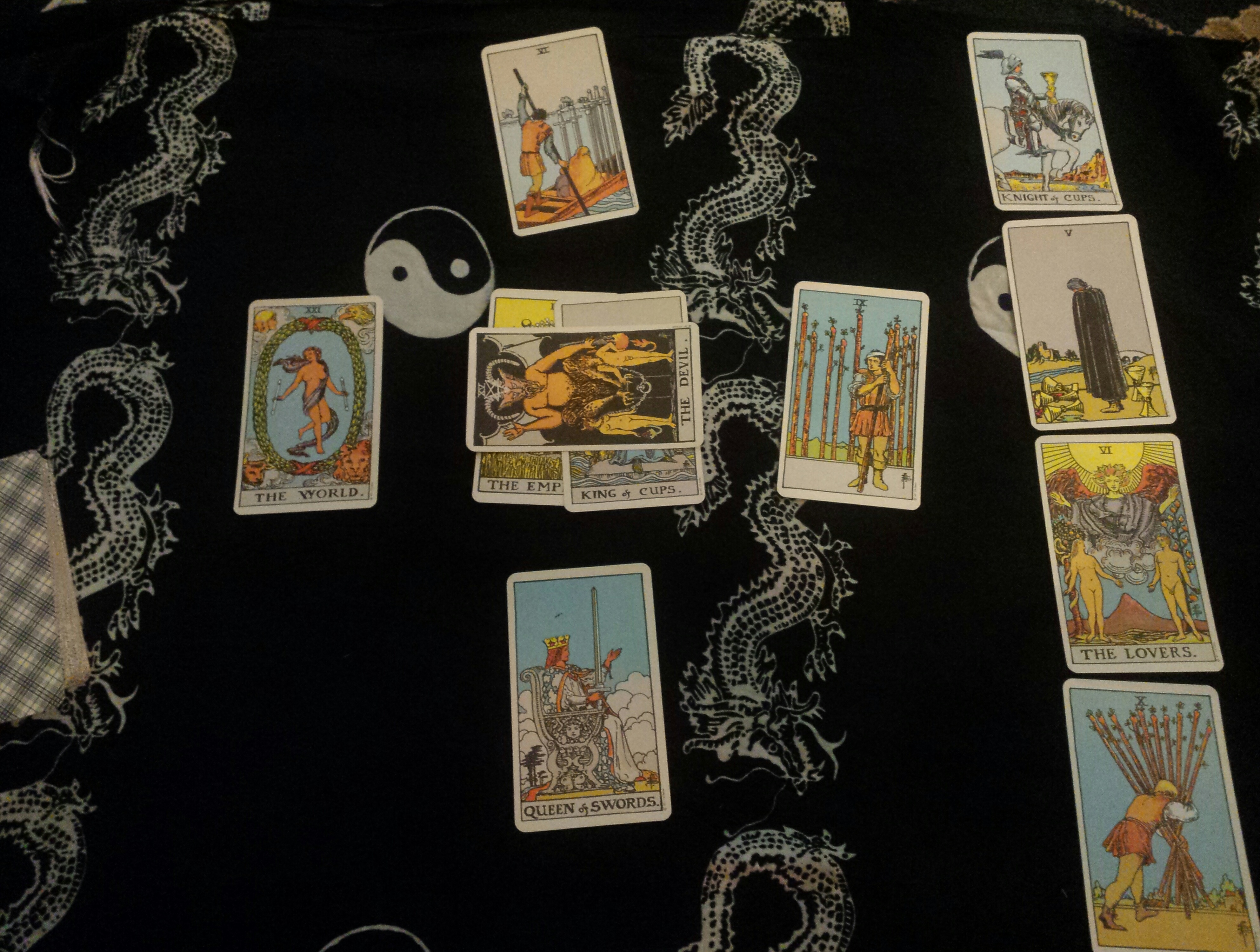 I distinguish between divination, which puts the intuition to work to seek insight into the present and through it the likely future; and “fortune telling”, which claims supernatural glimpses of a fated future and with which I hold no truck.

There are a thousand ways to read the cards as divination, and every single one of them is right. I usually use a Celtic Cross layout, with a significator to set the topic of the reading. And I don’t take cards as “reversed” or not, I believe it’s part of the skill of interpretation to see if a card’s meaning is a presence or an absence, a negative space.

While it was inspired by my dream, this was a reading about a general topic, not specifically about me. Every spread of the cards is a funhouse mirror, reflecting what comes before it, distorting it in interesting ways, and showing a different scene to everyone who looks.

Here’s what came up in what places, and my vague — perhaps poetic — impressions of the connotations of the cards, for me personally and as a general message.

The Significator is deliberately selected to set the theme or topic of the reading. Here: The Empress. The worldly side of the divine feminine; yin in action. The mother. Also, the Empress is the partner, consort of and balance to, the Emperor.

On top of the significator is a card that “covers”, representing the current situation, puts context about the significator. The King of Cups: the creativity and compassion and watery flow of Cups, the mastery of the King. We are in the realm where emotion and art meet kingship, mastery and power.

On top of this, a card that “crosses”, showing the obstacles: The Devil. That which binds us, in the negative sense. Fear. The “base” urges, short-term pleasures with long-term cost. The Devil isn’t necessarily wrong, he just doesn’t get the whole picture; the altar on which he perches is half a cube, half the story.

Now, since I don’t do “reversed” cards, this may represent its opposite. Maybe the obstacle isn’t the devil, but that the lack of him. Maybe I/you need to let the devil out a little bit, acknowledge those “base” urges. They too are part of the picture.

There’s a wonderful story in Korean Zen about the 7th century master Wan Hyo, whose teacher took him to a whorehouse to ground him. As told by the 20th century Master Seung Sahn:

They went to the red-light district of town. The master took Won Hyo’s arm and walked up to the door of a whorehouse. De an, de an, he rang. A beautiful woman opened the door. “Today I’ve brought the great monk Won Hyo to visit you.” “Oh! Won Hyo!” she cried out. Won Hyo blushed. The woman blushed, and her eyes grew large. She led them upstairs to her room, in great happiness, fear, and exhilaration that the famous, handsome monk had come to her. As she prepared meat and wine for her visitors, the master said to Won Hyo, “For twenty years you’ve kept company with kings and princes and monks. It’s not good for a monk to live in heaven all the time. He must also visit hell and save the people there who are wallowing in their desires. Hell too is “like this.” So tonight you will ride this wine straight to hell. “But I’ve never broken a single Precept before,” Won Hyo said. “Have a good trip,” said the master.

He then turned to the woman and said, “Don’t you know that it’s a sin to give wine to a monk? Aren’t you afraid of going to hell?” “No,” the woman said; “Won Hyo will come and save me.” “A very good answer!” said the master.

So Won Hyo stayed the night, and broke more than one Precept. The next morning he
took off his elegant robes and went dancing through the streets, barefoot and in tatters.

To the left, a card that is “behind”, the immediate past: The World. In this position the most relevant meaning would seem to be the end of one cycle and the beginning of another. This seems to hit both the world situation and my own.

To the right, a card that is “before”, the immediate future: Nine of Wands. Perseverance. “My head is bloody but unbowed.” I’m still here, and if you’re reading this, you are too. Hold to that in the time to come, know that have endured and can endure.

Above the significator, a card that is “above” or “crowns”, a goal or ideal. Six of Swords. Moving through despair. Yes. “If you’re going though hell, keep going” is something I’ve said several times lately. It applies globally and locally.

Below the significator, a cart that is “beneath” or supporting: Queen of Swords. She knows sorrow, yet wears a butterfly crown. She beckons to the right, where clouds gather, with her sword raised as if she were perhaps about to knight a warrior.

Perhaps here we have a card to represent The Morrigan, ? My encounter with her a few months ago had both personal and general aspects.

To the right of this cross, four cards, bottom to top:

The Querent: yourself, myself, the self, our opinions and thoughts and approach to the situation. The Ten of Wands. Carrying a great burden. Getting to the point of “the straw that broke the camel’s back”; and yet still carry the load.

Your/My House: the environment, family, friends. The Lovers. Eros, yes, a personal concern of mine; but also philia and agape, love for our fellow humans and for the transcendent self/other/both/neither. The only thing that’s going to get us out of this.

“All You Need Is Love” — John Lennon

This card is also said to represent choice and consequence. I have relationship choices to make…as do we all. (Consider how much social media “unfriending” the past year has seen.)

Hopes & Fears: The Five of Cups. “Though much is taken, much abides” — but if we focus on loss, we miss the potential of what remains.

And at top right, The (Possible) Outcome: The Knight of Cups.

An offer, an invitation, an opportunity, a new idea. In context perhaps it suggests something new to replace what was lost.

The mounted knight is not the seated figure of the Kings and Queens, or the standing figure of the Pages. He is the messenger just arrived, cavalry come fresh to the fight. So something new in the realm of cups, of creativity and compassion and flow and relationships.

So I say to myself and to anyone else to whom it resonates:

Now, let that messenger approach, bearing word from the Empress, some new information or invitation. Listen to for a new possibility that can show you the way. 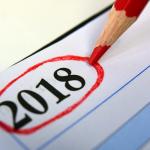 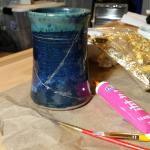 January 13, 2018 Everything Is Broken (So Let's Fix It)
Recent Comments
0 | Leave a Comment
Browse Our Archives
get the latest from
The Zen Pagan
Sign up for our newsletter
POPULAR AT PATHEOS Pagan
1