Someone’s Prom Dress Is Not Your Culture

A white young lady in Utah wore a Chinese cheongsam style dress to her prom and, this being 2018, tweeted pictures.

Now, I am not the fashion police — my idea of high style is a black Utilikilt and a purple top hat — and my own prom was over 30 years ago. So I am not going to comment on whether the dress was stylistically appropriate.

But a dress of a design with Asian roots, with a wearer who is a white girl from Utah — well, friends, you know what this led to charges of: “cultural appropriation”. (Yes, I did not learn my lesson last time, and we’re going there again.)

Leading the charge was a young man we’ll call JL (I’m thinking neither of these young people needs to be saddled with this silliness for the rest of their lives, so I’m not including names here) who tweeted “My culture is NOT your goddamn prom dress.”

JL’s Twitter profile doesn’t state his location, but shows a photo of him wearing an Adidas baseball cap and another of him sitting in a suburban backward (I’d bet $20 somewhere in the US) sipping something out of a mason jar through a flexi-straw. So I’m not quite sure what the boundaries or center of his culture are.

Which is part of the problem with the whole “cultural appropriation” phenomenon: complaints often come not from actual members of the culture in question, but from people whose ancestors or distant relations may be part of that culture.

If the dress in this case was actually made in China, I’m sure the Chinese factory owner was quite happy to sell to American women. Chinese culture has always impressed me with its practicality.

Trade between China and the West goes back thousands of years, to the days of the Silk Road. By one theory, the cheongsam has roots that go back to the Han dynasty, 206 BCE – 220 CE; if so, it’s not impossible that some ladies in the Roman Empire had similar garments, brought to them via ancient trade networks.

And it was not only goods that traveled those ancient networks. Ideas did too — including ideas about religion.

Buddhist missionaries found their way to ancient Greece and Rome. The Greek practice of making statues of deities came east, and the great stone and bronze Buddhas have their root in Greek sculpture. Some myths give Dionysus an Indian origin. The Chinese Buddhist bodhisattva Guanyin may be connected to the Egyptian goddess Isis, pushed east by the empire of Alexander the Great.

Even in ancient times, the world’s cultures were not isolated, but took ideas from each other. No one’s culture is some pure inheritance from their racial or ethnic ancestors. “Hey, look at what the tribe over the hill is doing, let’s do that too!” is probably one of the first sentences to be uttered in human language.

And when we see an idea — a clothing fashion, a hairstyle, a type of personal ornamentation, a religious belief or ritual — in another culture and choose to copy it, it does not in any way interfere with the original culture’s ability to practice that idea. Ideas are non-rivalrous goods. If someone bites your style, it doesn’t stop you from doing your thing.

Now, all that said, we can make significant errors when dealing with an idea from another culture. We can misrepresent a practice, either through carelessness — not doing the homework — or through deliberate distortion. But we don’t need the fiction of “cultural appropriation” to condemn laziness or dishonesty.

Or we can fail to give proper credit (social or economic) to the originators of an idea, or we can fail to respect something considered sacred by another. But we don’t need to create new sins to condemn plagiarism or desecration.

In the present case, one of the prom photos shows the ladies with their hands in the gassho or anjali position, while the men appear to be throwing some sort of gang sign. That, bluntly, looks kind of dumb, and strikes me as “not doing the homework” as to the meanings of these gestures — though on the other hand it might also be a pop culture reference that I’m missing.

But is it any odder than all the Japanese people I’ve see make the V / peace sign while getting their picture taken?

And certainly, joining in with your friends in making a hand gesture you don’t really understand is very low on the list of dumb things one can do on prom night. 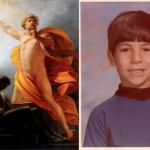 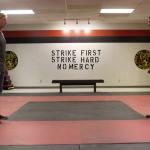