Of Baltimore And Magic

“…who thought they were only mad when Baltimore gleamed in supernatural ecstasy…” — “Howl”, Alan Ginsberg

Greetings, dear reader, from no-man’s-land; from that space in which according to the President of the United States, no human being would want to live — Maryland’s 7th congressional district, represented in Congress by Elijah Cummings.

I live in the mostly-white suburban part of that district; it is not my intention to minimize the racism and generational poverty and brutal policing and violent crime and corrupt city government that affect my neighbors. The gerrymandering involved in putting mostly-white suburbs of Baltimore and Howard Counties into a majority African-American district with Baltimore City is a tale unto itself. But it’s a tale for another time, as are my extensive disagreements with Cummings’s standard-issue Democratic politics; for the moment Baltimore pride puts me in unity with Cummings and prompts me to write about my home.

So I was going to write something about the magic of Baltimore. I was going to write about the city’s liminal nature: how it is the closest major city to the Mason-Dixon line, on the borderland, neither North nor South; about its location of the Chesapeake Bay, a body of water neither salty sea nor freshwater river, and the marshy neither-land-nor-water topography of much of the area; about its location on the border between the Piedmont and Atlantic coastal plain, and how this is reflected in local weather patterns.

With just a bit of license, I might say that to be a Baltimorean — as my ancestors have been for centuries — is to always be in-between worlds.

I was going to write about Baltimore’s role in the history of magic and occultism; how it is the home of the Ouija board, the American Visionary Art Museum (home to a lot of art inspired by spiritual visions of some sort, including several pieces by Alex Gray), the band Telesma (whose creation was inspired by the Starwood Festival), and is the final resting place of Edgar Allen Poe. I was going to write about the impact on occultism of Baltimore resident Henry Ridgely Evans, a journalist and amateur magician who was a contemporary of Harry Houdini and who unmasked trickery of Spiritualist mediums much as Houdini did.

But instead, inspired by the land, I’m going to talk today about apophenia and pareidolia and finding magic and meaning in our lives.

It is my Wednesday morning routine to go running with Muddy, my canine familiar, though the woods and trails of this no-mans-land. As we turned off the paved Number 9 Trolley Trail into the woods around Banneker Park, I found lying on a rock a feather, a gift from the winged ones. One should not refuse such a gift; I stopped and slipped it into my ponytail.

As we hit the turn-around point, and I pivoted to go back the way I came, for a fraction of a second I saw someone in the woods just a few yards away — a woman in radient white garments. I startled for a second before I realized that it was merely bright sunlight on a tree, a trick of perception. As we continued, a deer — considered sacred messenger of the gods at the Shinto shrines in Nara — crosses our path and bounds away.

These three small events tickled my mystic sense, gave me a magical feeling.

Now if I put on my skeptical reductionist hat, I can identify that feeling as an example of apophenia, a misfiring of the pattern-recognition circuits. A feather and a deer are hardly unusual things to find in the woods; and seeing a person in a trick of the light is a classic bit of pareidolia, the interpretation of vague sensory stimuli as something familiar.

And that is true, from a certain point of view.

But that skeptical reductionist point of view is all fact: no value, no aesthetic judgment, no beauty. It is disconnected dots. As magical people, our task is to connect those dots to make a beautiful picture. We choose to connect those dots into a picture that assigns value to our lives.

If that seems pointless, consider something that science has learned from that Baltimore-born Ouija board. In a 2015 study published in the journal Consciousness and Cognition, researchers found that people improved their scores on a set of challenging questions from 50 percent correct to 65 percent correct when using a sort of placebo Ouija board setup that allowed them to believe they were “receiving” correct answers from another person.

Perhaps it is only a “placebo blessing” to see something special in a feather, a deer, and an optical illusion of a woman. But placebos work.

And maybe that’s how we love Baltimore, too. The disconnected dots — the crime, the poverty, the pollution, the failing infrastructure, the awful history of segregation — are all true. Yet we can choose to connect them in a way that gives then meaning and beauty. And from there, we can act to create new facts, new dots. 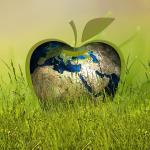 August 4, 2019
Imposition of order = Escalation of Disorder
Next Post 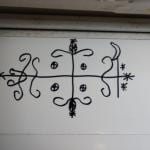 6 Minutes of Witchcraft: Handling a Crisis of...
What does it mean to have a crisis of faith as a...
view all Pagan blogs
What Are Your Thoughts?leave a comment
Copyright 2008-2020, Patheos. All rights reserved.