Making Magic and Change During COVID-19

Magic, according to Aleister Crowley, is “the Science and Art of causing Change to occur in conformity with Will.” While I have numerous disagreements with old Uncle Aleister, that’s a useful definition for a lot of discussions.

In light of that, consider a common topic of conversation these days: that changes that are likely to result from the COVID-19 pandemic. The Age of Covid (it feels like an Age already, doesn’t it? Not mere months?) has imposed a lot of temporary changes on our society, and is likely to impose some serious long-term ones as well. “Things won’t be the same after all this” is a commonly expressed sentiment.

Now, a lot of times when that topic comes up, we’re talking about broad trends in working conditions or social customs. I’ve seen people talk about how maybe everyone who lives through this time will end up stocking toilet paper the way my Depression-survivor grandparents always had shelves of canned goods in the basement.

Or maybe telecommuting will become more common, leading to discussions about how broadband internet — or mass transit or highways — might change.

Or maybe this is going to exacerbate the gap between the professional class and the working class, between “knowledge workers” (probably more accurately called “information workers, since information is not knowledge) who can telecommute, and those who actually make things and provide vital in-person services.

Those are all worthwhile things to consider. But I want to talk here about changes on the personal level.

A big event like the covid pandemic shakes up our personal imprints. That is, by definition, disturbing! But it also enables deliberate change on a personal level.

To take a simple example, let’s say there was a friend or family member you hadn’t talked to in a while. As time went on, the idea of reaching out to them became more and awkward — you’d have to explain why you hadn’t called. But suddenly, this plague gives us an excuse to cut through the awkwardness, to phone or write and say “Hey, I just wanted to check in and see how you’re doing in all this.”

In my case, being stuck at home for several weeks made it impossible to run away from the clutter that’s built up over the past few years, going back to my mother’s illness and my father’s death — and the way I kept myself busy with travel and other distractions/activities/accomplishments as a coping mechanism.

It was embarrassing to face the overgrown garden, the corner of the bedroom that was knee-deep in cruft; easier to turn away and do something else. But now, being stuck at home enabled me or forced me (depending on how we frame this) to set my intention and gather my energies, clear out the garden and reorganize the closets.

It was a matter of intentional change, catalyzed by the covid crisis. And according to Crowley, “Every intentional act is a Magical Act.”

This is important: we sometimes think of magic as something too important or too rarefied to deal with things like organizing our home — even though Taoism has a whole branch of magic devoted to it, feng shui. Every intentional act means every one, from complex spell-working to dusting your collection of grimoires.

While an complex and involved high magical ritual may not be what you need to help you catch up on the laundry, don’t be abashed to take a magical perspective on the problem.

But the imprint-breaking of the moment can also enable change in deeper ways. Pauses and ends of old things and old ways make space for new things — or for older things to return.

With live music venue shut down, I have been playing a weekly virtual house concert, the “Humpback Happy Hour”, every Wednesday since April Fool’s Day. (No whales involved: I went to say “Hump Day” one time and “Humpback” came out instead.) While years ago I had a regular weekly gig at one of Baltimore’s best dive bars (the late lamented Leadbetter’s Tavern), in recent years I’ve played only a handful of gigs, in part because of an injury in 2018. So the pandemic created an opening for me to get back on that horse.

Now, even as we start to reopen some things, this period of change isn’t over and will not be for some time. That means that you, my fellow magician, are in a liminal space where the possibility for deliberate change — for magic — is greatly expanded.

There is a tremendous amount of magical energy in the air right now. It is true that the mere presence of energy is not necessarily in itself a good thing — as anyone who has ever been burned or received an electrical shock can testify! But it makes possible magical operations. To do magic at the social level requires a clear shared intent, something that seems unlikely at the moment; but we can do magic at the personal level, be it improving the feng shui of our homes and workspaces or connecting with the Muses. 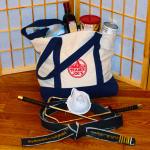 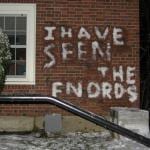