Imposition of Order = Escalation of Disorder

Regular readers of The Zen Pagan are probably familiar with Discordianism. But a brief summary for those who came in late: Discordianism is a spoof religion created in the 1950s by a few teens who liked to hang out at bowling alleys drinking beer. It holds that God is a crazy woman named Eris, the ancient Greek goddess of chaos — after all, someone had to put all of this chaos here.

By accepting the role of chaos in the universe, in just a few decades it has proven itself to be the most true of all of the One True Religions.

Its primary holy text is the Principia Discordia, which spread through the 1960s counterculture via one of the first experiments in copyleft (it bears the instructions “ALL RIGHTS REVERSED – Reprint what you like”) and helped inspire Robert Anton Wilson and Robert Shea’s psychedelic science fiction classic The Illuminatus! Triology.

Discordian Society co-founder Kerry Thornley was credited by Margot Adler as being one of the first to use the word “Pagan” in the Neopagan sense, though Thornley later downplayed the connection.

One line from the Principia Discordia is the key text for today’s sermon. Among its marginalia, the Principia bears the following entry:

“And, behold, thusly was the Law formulated: Imposition of Order = Escalation of Disorder”

Thornley later dubbed this the “Law of Eristic Escalation”, and added, “Fenderson’s Amendment adds that the tighter the order in question is maintained, the longer the consequent chaos takes to escalate, BUT the more it does when it does! Armed with the Law of Eristic Escalation and Fenderson’s Amendment any imbecile – not just a sociologist – can understand politics.”

I don’t know if George Lucas had ever heard of it, but the Law may be more familiar in the form that Princess Leia spoke it to Grand Moff Tarkin: “The more you tighten your grip, the more star systems will slip through your fingers.”

This provides a useful light to consider the escalation of chaos in this present moment, how cities across the United States are finding that after years of tightening their grip with oppressive policing, the hearts and minds of citizens are slipping through their fingers.

The order which has prevailed for the past few decades was maintained only because most citizens managed to keep themselves under tremendous delusion: that our policing and criminal justice systems were fundamentally fair. People actually believed that the system worked, that any abuses or injustices were rare exceptions.

And before we had video cameras in every pocket and social media to spread the footage around, people could dwell in that ignorance.

To use a metaphor from Illuminatus!, they could not see the fnords.

In that novel, citizens are hypnotically conditioned as children to be unable to consciously see the word “fnord”. The word is then scattered liberally in the text of newspapers and magazines — but not in the advertisements. The news thus provokes an irrational and unidentifiable unease, which is relieved by consumerism. One of the story’s heroes breaks his conditioning and sees how the fnords are a form of social control:

Of course, the essence of control is fear. The fnords produced a whole population walking around in chronic low-grade emergency, tormented by ulcers, dizzy spells, nightmares, heart palpitations and all the other symptoms of too much adrenalin. All my left-wing arrogance and contempt for my countrymen melted, and I felt genuine pity. No wonder the poor bastards believe anything they’re told, walk through pollution and overcrowding without complaining, watch their sons hauled off to endless wars and butchered, never protest, never fight back, never show much happiness or eroticism or curiosity or normal human emotion, live with perpetual tunnel vision, walk past a slum without seeing either the human misery it contains or the potential threat it poses to their security…Then I got a hunch, and turned quickly to the advertisements. It was as I expected: no fnords. That was part of the gimmick, too: only in consumption, endless consumption, could they escape the amorphous threat of the invisible fnords.

In “real life”, of course, the fnords are not a single word. They are the cliche phrases and stock tropes that obscure the truth without actually lying. They are whatever black magic has led to Americans seeing accounts of police violence and other crimes of the state in newspapers and on TV news for decades, yet somehow looking past them.

The fnords are what cause my well-intentioned liberal friends here in Baltimore to be surprised when I mention the killing of Robert Johnson Jr. by Baltimore County police just a few days before the notorious killing of George Floyd. My friends undoubtedly saw the news; it impinged on their ears and eyeballs — but somehow skipped off of their brains.

But now the fnords are in large print, circled in blood-red. Even heavily conditioned citizens are finding it impossible to reconcile what they see in viral videos of cop violence with what they’re been told about their country.

People have seen the fnords. The lies are obvious and citizen’s conditioning is falling apart.

It’s no longer just radical goofball bloggers who nobody reads calling for the abolition of the police. Perfectly nice suburban moms and dads are talking about alternatives to putting a group of armed bureaucrats above and outside of the law in the name of promoting public safety.

The imposed order is falling apart, and we are due for a time of chaos.

To prepare yourself spiritually, I suggest getting to know Our Lady Eris.

I presented an introduction to the literature of Discordianism at Starwood a few years ago, which might be a good place to start. (I never did post the video, I will try to dig it up and will link to it here if I do.)

To again quote Wilson and Shea: “It’s not true unless it makes you laugh, but you don’t understand until it makes you weep.”

(In proper homage to Eris, Our Lady of Chaos, I should note that I started to write a piece about the Law of Eristic Escalation back in March when the world was “only” being disrupted by the COVID-19 pandemic. That draft was lost due to a disk crash, with Our Lady apparently wanting me to wait until the shit really hit the fan to discuss the topic. All hail Discordia!) 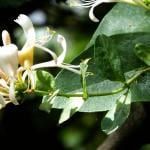 June 15, 2020 Honeysuckle and Fireflies
Recent Comments
0 | Leave a Comment
"In the 1990s, people scoffed when I suggested re-legalizing cannabis.This month, we voted to do ..."
Tom Swiss Police Violence: Seeing the Fnords
"Two years plus onward and the movement to abolish the police has completely evaporated. So ..."
Jill Kews Police Violence: Seeing the Fnords
"None of the critics of non-white portrayals I’ve seen so far deserve any benefit of ..."
kenofken Artistic Opinions Aren’t Religious Virtues
"Wow, that was powerful.So sorry for your loss, it stays hard.Ancestor work is complicated. I've ..."
WildestSea Parental Death, Ancestor Work, And The ..."
Browse Our Archives
Related posts from The Zen Pagan