Within the next few days — quite possibly by the time you read this — enough votes will have been counted that we will know the winner of the 2020 Presidential election.

But we already have an answer to a more important question: “Is the Democratic Party teachable?”

In the wake of the Democrats’ loss in 2016, after they nominated a corrupt center-right war criminal who was not only deeply unpopular but who helped make Trump the GOP candidate and then was incompetent enough to lose to him, the most urgent question in American politics was: will they learn from this? Do they understand the reason why so many people turned to a faux populist over an establishment figure?

And in the 2020 primary season the answer became clear: they do not understand, and are not teachable.

While the Democrat’s candidate this time is marginally less awful, they’ve again gone with a corrupt center-right war criminal from the establishment, a candidate who generates no enthusiasm other than the fact that he’s not Trump.

The result is that whichever way the election breaks, the factors that led to the rise of Trumpism will not be addressed. If Biden wins, he has promised the owning classes that “Nothing would fundamentally change”. And if Trump wins, obviously he will keep throwing fuel on the fire.

Seeing that situation, many fear that the US will descend into a second Civil War, blue states versus red states.

But a look at a more detailed map reminds us that the divisions are at a much finer level than states. Here in deep blue Maryland, if I drive just an hour or two east or west away from the Baltimore-DC corridor, I’ll quickly find myself in Trump country. 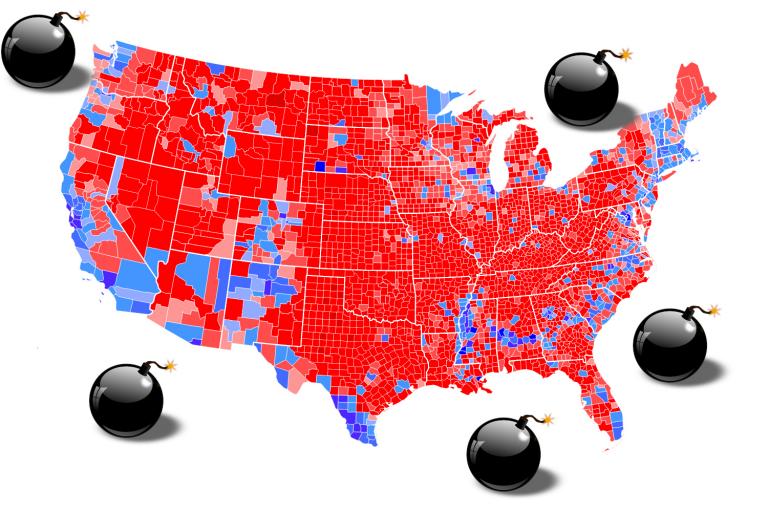 A conflict with paramilitary groups on both sides, with government attempts to stop the violence often fueling more of it. We already have these paramilitary groups forming, with Patriot Front and Antifa and Oath Keepers and the Not Fucking Around Coalition on the board.

Of course the Irish Troubles are not a perfect model; the American Troubles will be shaped by our system of federalism. State and local governments will be more likely to turn a blind eye to the operations of paramilitaries on the same Red Tribe / Blue Tribe split.

So what shall we do? Shall we join in with one of the paramilitaries, start killing and maiming and blowing up the “enemy”?

Shall we get sucked into a glorious struggle against evil? (The readiness of some on the left to elevate the concept of “struggle” makes anyone who knows the translation of “Mein Kampf” nervous.)

Or can we say, “You, my neighbor, are full of awful ideas about politics, but I love you anyway?” Can we remember that time our Trumpist neighbor did an amazing good deed?

But friends, if I have any spiritual advice for you as our mainstream culture fragments over the next year years, it’s to beware of twisted counter-cultures — left or right — that present with elements of Paganism.

Turbulent times sent people seeking spiritual comfort and often kick off new religious movements. But Robert Anton Wilson once wrote that a writer — especially a writer on mysticism — must have a “cast-iron, shock proof bullshit-detector”. I’d say that not just a writer, but any mystic or magician, needs one. So keep yours handy and tuned in the years to come.

October 29, 2020
The Zen Pagan Endorses Bread and Roses
Next Post 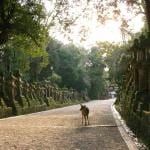 November 10, 2020 Samhain Magick: Deer and Planetary Conjunctions
Recent Comments
0 | Leave a Comment
Browse Our Archives
get the latest from
The Zen Pagan
Sign up for our newsletter
POPULAR AT PATHEOS Pagan
1

Pagan
Am I Insurrecting Or Not?
The Zen Pagan
TRENDING AT PATHEOS Pagan