A story of small magick in the suburbs

This is one of the things that makes my fellow Pagans look at me funny, but I am not into astrology.

Sometime I joke that it’s because, as a Capricorn, I’m too grounded for that sort of thing. But it might be more accurate to say that as a Discordian, I like a chaotic random factor in my divination. I like the shuffle of the Tarot cards, the flip of the coins to make the I Ching hexagram, the random page choice of bibliomancy, over divinatory systems based on some supposed “order”; they smack too much of ideas of unchangeable natures or preordained fates.

Yes, I know not all astrologers take things that way — you’ll find some old clippings for Rob Brezsny’s “Free Will Astrology” column stuck up here and there in my house — but my gut preference goes against systems of divination that purport to tell me what sort of person I am, or what is “fated” to happen, rather than offering a way to focus my insight into what currently is.

Anyway, that’s background to tell you about what happened last weekend.

I live in the suburbs, in the Patapsco River valley. Between the roughness of the terrain and some deliberate conservation efforts, there are some woods around, and so several times a year I’ll encounter deer. To see a white tail fleeing into the woods isn’t that unusual, but closer encounters still make me take notice.

When I was a kid, we’d only see deer when we vacationed in the mountains, so to my inner child it’s still a big deal. And now that I’ve grown and traveled a bit, one of my favorite places on the planet is the city of Nara, in the Kansai region of Japan, where the local deer are considered sacred messengers of the gods. So it’s also big deal to my inner mystic.

Still, my usual local encounters with deer are just a quick glimpse. Especially if I’m walking Muddy the Dog. Generally when deer spot me in the company of 70 pounds of energetic canine, they quickly leap away into the woods.

But last Saturday night — Samhain Night, under the full moon — as I walked Muddy around the nearby middle school, we saw three deer grazing the grass at the corner of the parking lot. They saw us, and paid no mind; I filed them, and the rabbit we also saw (trickster! pooka! And how are you today, Mr. Wilson?), as a good omens, but nothing more specific.

The next night, though…the moon still close to full, as we walked near the school I suddenly saw a fawn near us, by himself. (I’m guessing at the deer’s sex here, of course.) Muddy, typically, got very excited, so I thought it was an opportunity for some dog training and had him sit and stay. Rather than running off, the fawn stayed; so I greeted him (“Hey fellow! How you doing? Nice night.”), and marked it another good omen.

When Muddy and I started to walk away, the fawn suddenly dashed down the road in front of us — running the way we were heading, rather than away. He stopped forty feet or so away, and looked back at us.

Now I suppose that at this point, we might say that I made a choice. In that moment, was I going to choose to behave in a magickal manner, or in a mundane manner?

Magickal thinking is not always the right choice — when I’m writing software, for example, or balancing my checkbook, it’s usually time to be relentlessly logical.

But here, in the night of a Samhain weekend, in the near-full-moonlight, with a wild animal — American cousin to the legendary European hart and stag — looking at me, and a domesticated wolf at my side, with the unresolved energy of the pandemic, and my family drama, not to mention the election, crackling in the air…

Well, that’s an invitation to magick, isn’t it? So what I read in that deer’s body language, making the choice, was “follow me”.

To paraphrase Vonnegut, peculiar suggestions are dancing lessons from the gods.

So I followed. The deer let us get fairly close, then dashed off, a little further this time, stopping at the same corner where we’d seen three of them (maybe he’d been one?) the night before. We followed him there, and then he ran off into the woods.

Well. Apparently, this is where I was supposed to be. (In writing this, I realize that this was only a few yards away from the location of the event with the disappearing and re-appearing keys that I mention in Why Buddha Touched the Earth.)

Okay, messenger of the gods, you’ve brought me here, but why? What am I supposed to find or see here?

I looked around on the ground, found nothing unusual. Fallen leaves, sticks, grass.

Then I noticed that from this corner, looking around at the part of the sky that was visible between the school building and the trees and the clouds in the sky and the moonlight, one star or planet was obviously prominent. What is, that, Venus or Jupiter I guess? I pulled out my phone and pulled up the sky map app. Yes, that’s Jupiter — hey, and Saturn and Pluto right next to it?

And that’s how I — as I said, generally ignoring astrology, and so behind on the news — first found out about the Jupiter-Saturn-Pluto convergences that we’re in the middle of.

Including, when I got home and Ducked some more, the Saturn-Pluto convergence back in January. January 12th, to be precise. My 50th birthday.

Of course, Pluto isn’t part of traditional astrology, was added only after its discovery in 1930. And it isn’t a planet anymore! (Or maybe it is. But then there are a bunch of other planets that need to be added in…)

But that’s just the sort of chaos and ambiguity I like in my divination! Hail Eris! (The conjunction even took place at 23 degrees of Capricorn, at least according to some sources. Some other sites say 22. All Hail Discordia!)

And even I know enough about astrology to know that Capricorn — my sign (at least under the usual tropical reckoning) and my father’s sign, and my grandfather’s sign — is said to be ruled by Saturn.

So, with no traditional astrological authority as to what Pluto means, I’m feeling free to take this discovery of an astrological event involving it and Saturn on my half-century birthday as a wink from the Universe that’s just reaching me — and giving me a heads-up to prepare for the upcoming Jupiter-Saturn conjunction on the Winter Solstice.

Because this is what it means to live a magical life. This is how you do it. You decide that things have meaning for you. In your mind you connect the actions of a wild — okay, suburbanized — animal with the motions of the planets with your own personal calendar, and you use the energy of that idea to accomplish some transformation.

Some will offer you a pre-designed, classical system for doing this. That’s fine but my taste runs more towards a do-it-yourself, make-it-up-as-you-go-along, improvisational style — the sort that allows me to trip over magick while taking the dog for a walk. 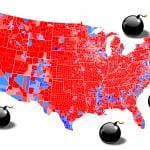 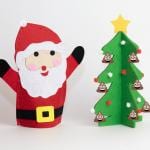 December 10, 2020 Crappy Holidays!
Recent Comments
0 | Leave a Comment
Browse Our Archives
get the latest updates from
The Zen Pagan
and the Patheos
Pagan
Channel
POPULAR AT PATHEOS Pagan
1