1917: The Real Start of the Israel-Palestine Conflict

This is cross-posted from my new politics blog on Substack, TheWeirdTurnPro. If you find my offbeat take on hot-button political issues interesting, you might subscribe there. The Zen Pagan will remain my blog for weird spirituality; The Weird Turn Pro will be my place for weird political takes. Some things will overlap.

While there’s nothing in this post that touches directly on spirituality, I think that it’s important to have voices outside the Abrahamic traditions and the rivalries between Jewish, Christian, and Muslim adherents speak up about the conflict, and this interfaith website Patheos seems a relevant place for thinking about how religion has been shaped by imperialist and colonalist politics.

Growing up in the US in the 1970s, the story I absorbed about Israel was something like this: after World War Two, brave and noble Jewish refugees from the Holocaust settled in empty desert and build a modern, civilized, democratic nation out of nothing. This incensed other Middle Eastern nations, who were all full of the same sort of hateful religious fundamentalists who for no good reason stormed the US embassy in Tehran and Held America Hostage for 444 days.

This was not, I should explain, a narrative told in history class; other than a carefully soft-focus narrative of the civil rights movement, our studies of history never got beyond how the US saved the world from the bad guys in WWII. My generation absorbed their ideas about the Middle East situation from our parents interpretation of one-sided news coverage about Israel.

That story, of course, is bullshit. But a version of it — an even more powerful one which substitutes the 9/11 attacks for the Iranian hostage crisis of my childhood to contrast Israel with “those crazy Muslims” — remains a dominant narrative in US politics.

To understand the conflict, we need to start with British colonialism at the end of World War I.

The same 19th century European nationalism that led to the 1871 unifications of Germany and Italy, the Irish Home Rule movement, the growth of Polish nationalism in spite of the partition, and so on, led to European Jews seeing themselves as not just a religious minority but an ethnic nation. After all, they were being left out of these other nationalist movements.

Zionism, a movement to found a Jewish nation-state, was born out of this general milieu of nationalism and also as a response to anti-Semitism ranging from cultural exclusion to outright pogroms. But early Zionists did not all agree that this nation-state must be in Palestine.

Even before Zionism got started as a movement, in 1825 American Jewish politician and playwright Mordecai Manuel Noah started, and quickly aborted, a plan to found a Jewish refuge in Grand Island in the Niagara River. Theodor Herzl, regarded as the founder of Zionism, proposed both Palestine and Argentina as possibilities in his 1896 book Der Judenstaat (The Jewish State), and in 1903 endorsed a plan to establish a Jewish homeland in British-controlled East Africa.

At the time, Palestine was controlled by the Ottoman Empire, a declining power. The Empire was drawn into World War I on the German side in a bizarre incident involving Ottoman officials of uncertain authority and German ships crewed by German sailors wearing fezs. The war did not go well for the Ottomans, and by 1916, well before the end of the war, Great Britain and France were already sharpening their imperialist knifes to carve up Ottoman territory, even as they promised Arabs in the area — who were having their own nationalist movements — self-rule.

Britain saw the potential of supporting Zionist colonization of Palestine. Millions of Jewish settlers under British administration could help secure the Suez canal, and serve as a bridge between the European and Middle Eastern cultures. And it served the interests of British anti-Semites to export an “undesirable” population.

And if the Arabs living there objected? Well, they were barbarians, compared to Europeanized Jews, and had little to offer the imperial powers, so who cared? As the UK’s Foreign Secretary Arthur Balfour wrote in 1919,

The four Great Powers are committed to zionism. And zionism, be it right or wrong, good or bad, is rooted in age-long traditions, in present needs, in future hopes, of far profounder import than the desires and prejudices of the 700,000 Arabs who now inhabit that ancient land.

Thus in 1917, the UK issued the Balfour Declaration, the first public expression by a major power in support of Zionism. After World War I, support for Jewish colonization of the area became a guiding principle of British management of the area — the “Mandate for Palestine” assigned to Britain by the “League of Nations”, the body set up by the winning colonial powers.

British imperialism shaped how Zionism developed, betrayed the Arabs of Palestine, and is a root cause of the century-long conflict. Perhaps rather than asking whether the Jews or the Arabs “started it”, we should understand both sides as having been betrayed by the UK. 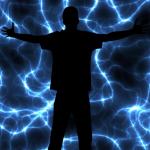 July 28, 2021 Dionysus Will F**k You Up
Recent Comments
0 | Leave a Comment
Browse Our Archives
Related posts from The Zen Pagan