Smoking Out The Pagan Gatekeepers

The gods call whom they will, and don’t need any humans setting limits on them. The idea of a “closed practice” is entirely a human invention.

In some of my recent internet interactions, I’ve noticed a troubling pattern of young people feeling that they need to ask permission to be Pagan.

To some extent this seems to be connected to the bogus ideas of “closed practices” and “cultural appropriation” (one of our favorite topics here at TZP, cough). Rather than the freedom to worship and practice as we are called (subject to the usual “your right to swing your fist ends at my face” considerations), certain social currents have these new Pagans afraid they will step on a cancel culture minefield and be publicly shamed in the permanent record.

For example, I saw one young Pagan post a photo of a smudge stick she had made from herbs grown in her own garden, and had dyed a lovely rainbow color gradient. I found it beautiful and inspiring, a fine example of devotional practice. But instead of appreciating her creativity, a few posters responded to her post with outraged claims that “smudging is a ‘closed practice’!”

Now, let’s be clear that there are legitimate concerns about the harvesting of wild white sage at commercial scale. It is entirely reasonable to be concerned about how that impacts the availability of the plant for Native American use in the southwest.

And it’s reasonable to want to avoid the spiritual residue of purchasing your magical supplies from some multinational chain that targets the aspirational upper-middle-class and encourages the shallow, consumerist imitation of sacred practices.

But those concerns have nothing to do with burning herbs collected from one’s own garden, in a sincere practice into which one has poured their own creative labor.

Using smoke for ritual cleansing — suffumigation, if you’d like a fifty-cent word for it — is found in traditions ranging from Catholic use of incense to Aboriginal Australian “smoking ceremonies”. It may have been the origin of the moxibustion treatments used in traditional East Asian medicine. Even if one believes in the validity of “cultural appropriation” as a concept, suffumigation is a widespread general idea, not a practice specific to one culture.

Some would-be gatekeepers acknowledge that point, but want to claim that while “suffumigation” is a general practice, the term “smudging” should be reserved for Native American practices.

But the English word “smudge” meaning to treat with smoke does not come from any Native American language. It comes from Middle English “smogen”. There has never been a time when this English word referred exclusively to Native American suffumigation practices, because it also refers to non-suffumigation use of smoke — such as to repel insects or to protect crops from frost.

“Smudge” as a noun for thick smoke is older than the United States, and “smudging” has been used in Neopaganism to refer to suffumigation in general for at least 30 years. I know because I was there. (It should be pointed out that most of these gatekeepers are not elders or highly experienced practitioners of Paganism; those of us who have been around a while, generally know better — even if we perhaps fall into other mistakes.)

In those long-ago days of the 1990s when I entered Paganism, we had privacy in our discussions. When my small group held our circles in the Maryland suburbs of DC, we were not subject to worldwide review by people whose greatest joy was finding someone to “cancel” for political incorrectness, as happened to this unfortunate young woman.

But also in those days, we knew that we were stepping on a path that had been “canceled” since the Christianization of Europe. We had not only passed through the gate of leaving our specific inherited religious tradition (Catholic, Baptist, whatever), but pushed through what was still a firm barrier of the idea of the United States as a so-called “Judeo-Christian nation”, and into gasp! shock! outright Paganism!

Between the rise of the “Moral Majority”, the ascension of a President who said in 1987 that atheists shouldn’t be considered citizens because the US was one nation under God, and the Satanic Panic of the era, it was quite clear back then that anything outside of the Abrahamic religions was unwelcome.

Compared with today, when even among Republicans only a minority believe it is important to be Christian in order to be an American, in the 1990s — not to mention the 1960s, 70s, and 80s — it took a greater willingness to go against the grain in order to even think of declaring oneself outside the Christian mainstream.

So we have an interesting situation here, where people can more easily leave Christianity than in the past, but a certain segment of Pagans want to set up barriers to entry.

To that, I say “feh.” Begone, gatekeepers.

No Human Can Close A Practice To You

I tell you this: the gods (in whatever sense they exist) call whom they will, and don’t need any humans setting limits on them. The idea of a “closed practice” is entirely a human invention; no human has the authority to close a practice to you.

Anything one of my fellow human beings has done, from any culture, may resonate with me. Human cultures interact with other cultures, and it is not a sin to transgress arbitrary limits imposed by hierarchical power structures, or to take inspiration from your brothers and sisters on the other side of some border.

Be wild. Disrespect convention. Steal ideas, steal fire from the gods, steal the gods themselves.

Because the miraculous thing about these sort of “thefts” is that they don’t take anything anyway from anyone. Copying an idea — a hairstyle, a way of praying, a belief about the world, a belief in a deity — does not stop others from using it.

Sure, you may be able to do these things more effectively if you are able to connect with people who are familiar with those practices, or already know that deity. But the opportunity to seek out such a community is often a matter of privilege and resources. If you don’t have that opportunity, it’s okay to begin as best you can. Even if your efforts are awkward at first, Jake’s Law applies: “Sucking at something is the first step towards being sort of good at something.”

And an institutional structure that claims to know a deity isn’t the same as a community that does know a deity. If you wanted to better know that poor ol’ apotheosized carpenter-mystic-rabbi Jeshua ben Joseph, I sure wouldn’t send you to any of the large institutions that claim to speak for him.

So you are not under any obligation to pay attention to any mortal’s declaration that a practice is “closed” to you. You are a Discordian Pope and not under the authority of the authorities. Pagans are wild, spiritually ungovernable. If we listened to authority we’d have stayed with the religions of our parents.

You have the physical ability to do any practice that that you’ve heard of, read about, or seen in enough detail. (Presuming that it that doesn’t require some rare ritual tool or something along those lines.) Whether you have the spiritual or magical ability to do it isn’t subject to review by any human authority.

To see this more clearly, let’s take it out of the realm of Paganism.

The Gods Decide Whom To Work With

According to the leadership of the Roman Catholic Church, celebrating the Eucharist is a “closed practice”: only their bishops can invest you with the right magical charge to transubstantiate the wafer and wine into the Body and Blood of Christ, and only men can be so authorized because that (according to them) is Yahweh’s will. (Let me be clear that IMHO the doctrine of transubstantiation is medieval gibberish, and by using it as an example here, I am not defending it.)

But a few rebel bishops within the Catholic church disagree with this men-only doctrine, and have ordained women. And many Christian sects that have broken away from the Catholics ordain women; and obviously any given woman (or man, or non-binary person) can go to a church, observe the ritual, and duplicate its exoteric aspects.

So if such an ordained woman, or someone else not authorized by the Vatican’s chain of command, does the ritual over the cracker and wine, is it effective? Does it have the desired magical result of transforming the metaphysical properties of the food?

That is between the celebrant, the people at the Mass, and Yahweh. If Yahweh (presuming he exists in some relevant sense here) wants to let the power flow through a priestess, the Pope’s complaints and threats don’t mean a damn thing.

Some may agree that this a fine and valid argument for dealing with the white cis-hetero-patriarchal Catholic Church, but believe that the religious power structures of other cultures should be unconditionally respected. But this is nothing but Noble Savagism, the distorted romanticization of cultures other than one’s own, especially those that are less technologically advanced or have been marginalized. The power structures of non-European cultures can be just as reactionary, bigoted, and corrupt as those that have dominated Western civilization.

The fact that Muslim nations have been subject to the awful depredations of imperialism doesn’t make Iran’s institutionalized sexism okay, or mean that Allah couldn’t work through a female Imam if he chose, the opinions of Ayatollahs not withstanding. The same applies to some Native practices, like considering lacrosse a practice “closed” to women: should the Creator wish the medicine to flow to the community through a women’s game, the objections of traditionalists will not stop it.

Might other people take offense at you worshiping in a way that goes against the dictates of some traditionalist power structure? Perhaps so. So what? It’s true of pretty much any religious practice that someone will believe that their way is the only way and take offense. If “someone might be offended” was a valid objection, Neopaganism wouldn’t exist. Neither would Christianity, Buddhism, or any other practice that arose or spread against the objections of an existing religion.

The relevant question is, will it be spiritually effective? And that’s not for any human authority to determine. That’s between you and the spirits involved.

So by the power vested in me by whatever I can get you to believe has vested power in me, I offer you this permission slip to practice Paganism in whatever way you feel sincerely and deeply inspired. Do As Thou Wilt: It’s not just a good idea, it’s the Law.

But let me be clear that this permission slip does not cover sins like failing to do the homework, deliberately misrepresenting or mocking a practice, or misrepresenting your credentials or relationship to a practice. The spirits generally frown on laziness and fraud, and resorting to such is a good indicator that one is not following their True Will.

In other words, if we imagine a god named “Xyzzy” traditionally worshiped by the “Plugh” culture:

News: As gatherings resume this summer, I’ll be playing a lunchtime concert and possibly presenting workshops at the Free Spirit Gathering in Maryland in June, and presenting at the Starwood Festival in Ohio in July. 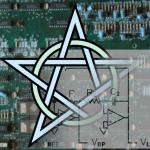 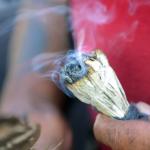 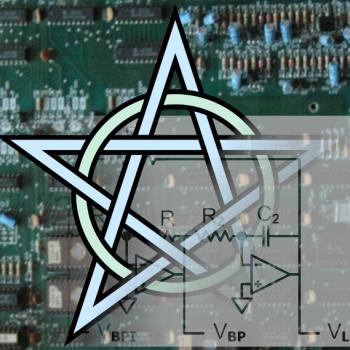