Drag Them Down and Drug Them Dumb

Often when Christians observe the time of year we call Lent, we intentionally give up something we normally enjoy in order to enhance the important rigorous examination of our souls that is called for here.Generally it is a favorite food or perhaps some other habit, like too much TV.One year I gave up playing computer solitaire, something I will often do to relieve tension when I’m writing or working on a message. That was an eye-opener, to be sure.

This year, I’m suggesting another possibility:that we give up attitudes and ideas and dogmas that end up causing harm to ourselves and others.

And here’s a great place to start:let’s quit listening to those who label every human quirk a “psychological disorder” and then try to sell us expensive and often dangerous drugs to “fix” it.Look at this:According to psychologist Bruce Levine, a new “official mental illness” entered the vocabulary of things for which there is a drug which will fix it.That mental illness is called Oppositional Defiant Disorder, “ODD” for short.The definition?According to the American Psychiatric Association, it is a “pattern of negativistic, hostile and defiant behavior.” The official symptoms of ODD include these things: “often actively defies or refuses to comply with adult requests or rules” and “often argues with adults.”

Oh my.They just described about every teenager I’ve ever met.And guess what? We can now drug them to complicity!We can drag them down and drug them dumb.Wow—all parenting problems solved by loading our teens with psychotropic drugs.Now that’s progress.Think about it!No more sleepless nights waiting for them to come home.All homework assignments will be done on time, neatly ordered in bound folders and sweetly handed to their teachers, hair will always be at the proper length, bedrooms neat, no more towels left on the floor, and with enough drugs, these kids will probably start cooking dinner and cleaning up afterward.

OK, tongue out-of-cheek now.I’m appalled.Instead of the “Stepford Wives” we now are going to have the “Stepford Teens,” a group of nice, compliant young people who will make no waves, never question authority, and set their self-absorbed parents free to never have to be concerned about them, or put an extreme amount of energy into good parenting and possibly even cleaning up their own acts for the sake of their families.

What is the matter with us?Do we not know that those rebellious teen-aged years often bring about powerful and glorious creativity and birth new ideas?That young people must push the boundaries around them as they begin to find their own maturity and build their own inner resources so they can enter adulthood somewhat tried and tested and able to stand up for themselves?Do we wish to destroy creative and critical thinking just so our lives are a little easier?

I reared one of those classic “ODD” boys.My brother was also one, and so was his son.Yes, each of them caused their parents and loved ones a lot of despair.Can’t count the sleepless nights, the worry, and the anger we all experienced when facing these intelligent, creative minds who insisted on questioning everything, including their parent’s authority.I’m grateful we didn’t even have the option of dragging them down by drugging them dumb. Parenting them did drain much, much energy and caused a lot of self-doubt.It took a lot of help to get them through their teen years.In despair, my parents sent my brother to live with his grandparents for a while.My brother eventually sent his son to live with my parents for a year.I hung onto my son, but there were several other families that helped rear him, just as I helped rear several other rebellious sons from families where communication had gotten too tense for emotional health.

They all got through it.Sure, they left some scars in their wake.I never have caught up on my sleep again!But who ever said that parenting was easy?Where did we get this idea that good child-rearing means our children walk compliantly in lockstep?Is this really what God wants us to do as Christian parents and grandparents?Or are we given the holy responsibility to rear creative, vital, challenging children who have the guts to question injustice and do what they can to bring the world to rights again—to bring about the will of God on earth—as it is in heaven.

To any teens who might possibly be reading this column, I implore you:Do NOT let yourselves be talked into these drugs.Fight for your lives, my young friends.The future of the world is at stake—and I’m deadly serious about this.And parents . . . maybe, just maybe, a little repentance is in order. It’s time to step up to the plate and take seriously your responsibility to rear a healthy, secure, creative and defiant next generation.They’ve got a big mess to clean up, and they need clean minds and strong characters to do this.Don’t drug them up and drag them down.Please.

Congratulations, President Trump: You Got Your...
Freelance Christianity
Related posts from The Thoughtful Pastor 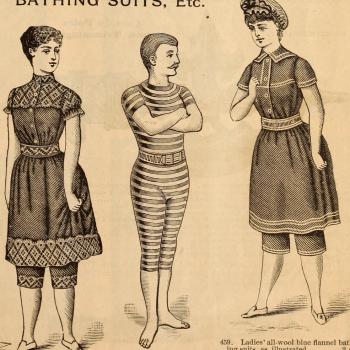 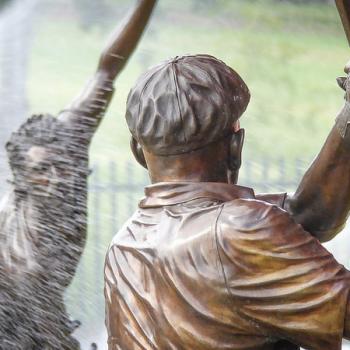 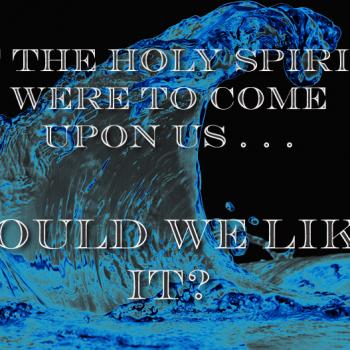 Progressive Christian
What If The Holy Spirit Did Indeed Fall...
The Thoughtful Pastor 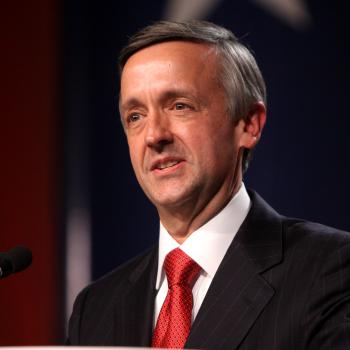