Some people are just mean. Mean as in nasty, intentionally hurtful to others in words, actions and thoughts.   “Mean” can also describe someone who is stingy with finances, time, love and compassion, but that is not the direction I’m going here. I’m just talking about plain old meanness.  People who appear to live with such a sense of entitlement that they carry no concern about their treatment of others.  Other people, animals, nature:  all these are simply objects to be used and discarded as necessary.

Other words that can describe such people are “wicked” and “evil.”  We don’t hear or use those words so often any more.  Perhaps we should.  There are times when we must recognize evil for what it is.  Without speaking truth about such things, there can be no way to get back to goodness again.

Recently I viewed a very difficult to watch movie called, “The Gray Zone.”  It is set in the time of huge evil:  the Holocaust, that time of horror perpetuated by Nazi Germany and dedicated to the total removal of all those of Jewish descent from the face of the earth.

The movie focuses on the experiences of a crew of Polish Jews who were treated relatively well for several months in exchange for their work in the killing chambers and in the crematoria.  The “Gray Zone” meant, among other things, the fine line they tread in trying to hold onto their lives and integrity while helping thousands to die in the gas chambers and then shoving their lifeless bodies into the fires.

A key subplot in the movie is their discovery of a young girl who was knocked unconscious but not killed in the gas chamber and their decision to rescue her rather than send her alive into the cremation fires.  That decision ultimately hastened their own executions. Just before their death, the two main characters looked at each other and knew that in that one fruitless act (in one of the most awful moments in the film, the young woman ended up being killed by the Nazis anyway), they had nevertheless transformed something evil into a least a moment of goodness and righteousness.

We all live in some sort of “Gray Zone” of life. Some have just given in to the pull of evil.  They are the mean ones.  They are the ones who ruthlessly kill anyone in their way so they can save their own skins.  Gas chambers and crematoria were just one of countless ways to do this.  Suicide bombers are another.

But let’s get closer to home–those are so removed from us.  What about people who drive vehicles with excessive speed and reckless abandon thinking only their agenda counts?  Recently I was waiting for a light to turn green. Long ago, I learned always to look to the left and right when entering an intersection even with a green light. On this occasion, upon my quick glance to the right I saw an 18 wheeler speeding toward me.

Had I not looked, I would have undoubtedly been hit and probably killed.  That driver was just in a hurry–no one and nothing else mattered except for him and his need not to wait 90 seconds for the light to cycle green again.  That’s entitlement.  That’s mean. That’s evil.

But that’s still “out there.”  Let’s get even closer.

What about adults who hit one another with fists and words because their anger button gets pushed by the other?

What about parents who scream at their children because those children have gotten in the way of the parents’ need for peace and quiet?

What about youth who think it is great fun to isolate and treat with deliberate cruelty classmates who are different from them?

What about religious leaders who threateningly condemn people to hell who don’t think or believe the way they do?

What about people who spread untrue rumors about others in order to gain attention and status for themselves and perhaps distract attention from their own misdeeds?

Personally, I think we’ve all got mean streaks in us.  Every one of us is more than capable of yelling out “crucify him” if it means saving our own skin. It is the season of Lent, that time of intentionally taking careful stock of our own souls.  Forget about those who are “out there.”  Let’s find out what is “in here.”  Let us be those who will leave meanness behind, no matter what the cost.  Then we are the light of the world as Jesus has called us to be.

February 16, 2009
Heathy Gardens and A Holy Lent
Next Post

Top Ten Reasons NOT to Go...
The Desert Sanctuary
Related posts from The Thoughtful Pastor 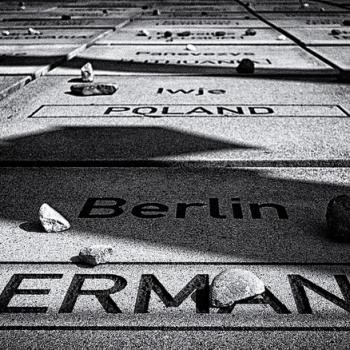 Progressive Christian
After Pittsburgh, I Can No Longer Wear A...
The Thoughtful Pastor 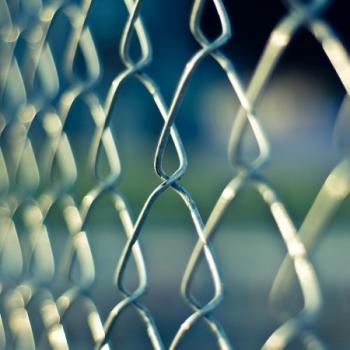 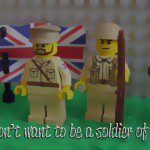