I’m now convinced that in nearly every society an anti-Christ has emerged. It’s not a one-time event, but an event that our human nature demands with boring regularity. The charismatic, powerful leader, seemingly emerging from nowhere, who, if we will only trust him/her/them enough to overlook the subtlety of the evil whispers in his/her/their ear, will solve our problems.

Awed into silence over the frescos on the ceiling of the Duomo de Orvieto, the sunrise of clarity penetrated my thoughts. 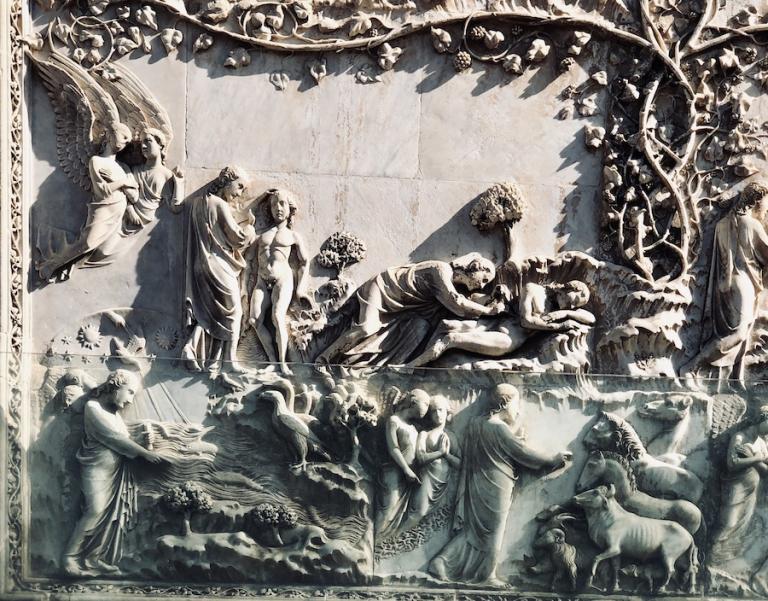 This stunning cathedral sits in the midst of an obscure, 13th century, hard-to-reach town in the Tuscany region of Italy.  Orvieto sits on a high hill hollowed by endless caves, delicate enough that few busses are permitted to enter even the outside environs because of weight concerns.

The original city, untouched by the WWII allied bombing that destroyed so much history of this region, remains intact.

We trudged uphill, traversing the road initially built by the Romans two centuries earlier. We immediately noticed that this is a place where people live, especially so when tourist season ceases with cooling fall weather and normal life for residents resumes.

Thus, butchers and bakers and greengrocers and cafés, mingling with shops displaying winter wear and beautiful shoes and boots, line the street. Yes, the street. Just one, with tiny capillaries flowing to the sides, hinting at hidden residences and private lives.

At the center, where the four quarters of the town converge, our guide insists, “look to the left.” We glimpse a plaza, about 100 yards away, and a giant, glittering cathedral in the center.

It doesn’t fit—too big, too glitzy for this small town and small shops.

The façade alone left me speechless. With our guide’s expert help, I slowly made sense of the looming sections of exquisite bas relief, depicting nearly every Bible story possible. All done for a pre-literate people who could “read” the Bible this way, supplemented by readings in church telling the stories over and over again.

And then we went inside.

Most of us have heard of or even seen the Sistine Chapel, the place of Michelangelo’s masterpiece, the story of the Bible, painted while on his back.

Fifty years before Michelangelo did his work, artist Luca Signorelli painted his masterpiece here.  Certainly, smaller than the Sistine ceiling, but equally as certainly an inspiration for Michelangelo. It is also easier to see and far less plagued by the overwhelming crowds that push into the Sistine in unrelenting waves.

It was here that I saw more clearly both the changefulness of the world and the changelessness of human nature.

One depiction, part of Signorelli’s visual interpretation of the Apocalypse, kept my attention. It appears a type of Jesus stands in front of the temple. 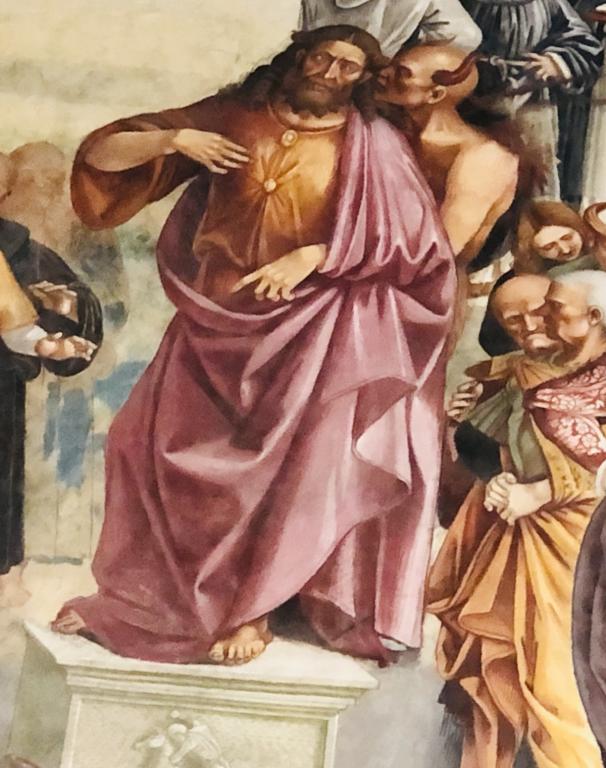 The temple, surrounded by military figures in black, has clearly been compromised as the State. Temporal powers have now intertwined themselves with the religious ethos. The church and the state have become one.

But back to the Jesus lookalike: a Satan figure, the representation of evil, so often masquerading as good, whispers in his ear, their left arms becoming one.

That “leftness” itself holds enormous significance. Left, sinistra in Latin, from which we get sinister, has long been associated with evil, with the unclean, with the unacceptable. [Note: I write as a profound left-hander here].

The tradition of cutting off the right hand of the middle-eastern thief comes from this association of the left-hand with evil. Because the left hand was used for cleansing after defecation, only the right hand could dip into the communal food bowl. Thus, thieves, denied access to food, starved to death.

The essence of the Anti-Christ

The Satan-figure contaminates the Jesus figure in a way that everyone who from that time and place would understand. What looks good, so very good, so very Jesus-like, is also subtly but permanently contaminated. That is the very essence of the anti-Christ.

I’m now convinced that, in nearly every society, an anti-Christ has emerged. It’s not a one-time event, but an event that our human nature demands with boring regularity. The charismatic, influential leader, seemingly appearing from nowhere, who, if we only trust him/her/them enough to overlook the subtlety of the evil whispers in his/her/their ear, will solve our problems.

Such ones appear at every level—from heads of state to leaders of churches to entrepreneurial unicorns to garden club presidents and leaders of the latest in-group cliques.

Why trust this one? Because this one, yes, this one, holds the solutions to the evils of society or group or corporation if we will only believe what he/she/they say.

Yes, this one may cut some corners, may cost some lives, may utter unceasing lies, and both commit and commission evil deeds, but just believe and you, should be one of the chosen ones, of course, will be safe, happy, and prosperous.

Most of all, you will have the ear of the Great One, the Chosen One, the one who . . . well, the one who will enfold you in an exquisite web of mistruths, exaggerations, dismissals of other voices, betrayals, and denials while always, always reminding you that this one will make everything all right in the end.

Believe that Jews are vermin,

Believe that those who oppose the Chosen One are enemies of the state need to be imprisoned and/or put to death.

Believe that those in the latest identified outgroup will contaminate the current group with unacceptable ideas.

Believe that religious leaders can correction discern whom God may (or may not) have chosen as the next leader.

Believe that it is holy and proper for religion and politics to live in the same pocket. 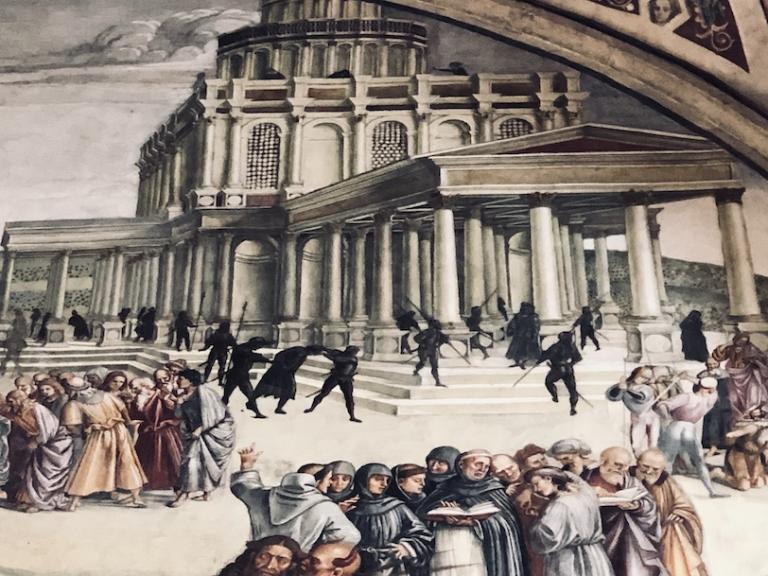 Believe that brown people seeking relief from murderous regimes are themselves all murderers and rapists.

Believe that the very people who harvest our strawberries and avocados and mow our lawns and roof our houses are intrinsically evil.

Believe that our ancestors, also fleeing oppression and coming with a willingness to work in the sweatshops of their days but with paler skin colors, were perfectly fine.

Believe that laws designed to make the rich richer and keep the poor oppressed will eventually turn out just fine for everyone.

Believe that building higher and higher walls of exclusion will keep those within the wall pure and undefiled.

Believe that abandoning those whom we promised to help and stand by is a righteous decision.

Believe that freedom of thought and speech, as well as questioning minds, are the enemy of the people and that the only acceptable thoughts and publicity are those that endlessly praise the Chosen One.

And especially believe that charismatic, media-savvy religious leaders who stand behind the Chosen One and whisper in the chosen ear, and whose coffers grow as they explain away all immorality and incompetence on the part of such a one, have only the purest of motives and carry the magic ability to discern the only possible correct interpretation of mysterious words written thousands of years ago and with radically different cultural settings.

Mostly, refuse to believe that the marriage of religion and temporal powers will always, without fail, lead to the current iteration of the anti-Christ.

But do not lose hope, those who wisely decline the entrapment in this network of lies and religious support of the latest self-proclaimed Chosen One.

Even more important, do not permit yourself to become like that one, to be one who needs that religious support and unending adoration to function.

Always remember:  truth sets us free. Remember, as Jesus proclaimed, that which is whispered in the darkness will eventually be shouted from the rooftops.

It takes courage and guts to speak truth to lies, especially when lies nearly always hold more power because lies are what most people want to hear. Pay attention to human nature here: we really do want a savior, but we want the kind that can magically promise that the “faithful” will be rewarded with little or no effort on our part.

Just say the right words. Just follow the Chosen One, and, above all, ask no questions, express no doubts.

Truly, human nature demands the anti-Christ. We want the easy way, the low road of soundbites and slogans.

What we don’t want, not most of us anyway, is a savior that insists we have to take up our crosses, that we lay down our lives for the other, that we have a corporate responsibility to be healers of the world, that we must work out our paths to salvation.

And so, we get what we deserve. With boring repetition. And this is why democratic institutions, no matter what the form from the smallest private ones to the largest world-wide ones, remain unendingly unstable. They are entirely too much work.

Photo credits: all photos were taken by Christy Thomas at the cathedral of Orvieto. 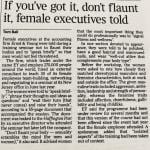 October 24, 2019
John MacArthur And Ernst And Young: Grow A Set And GROW UP
Next Post 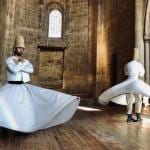 November 11, 2019 The Forces BEHIND Political And Religious Discord: Who Profits?
Recent Comments
6 Comments | Leave a Comment
Browse Our Archives
Related posts from The Thoughtful Pastor