After Pittsburgh, I Can No Longer Wear A Cross

No longer will I wear the cross. I will stop identifying with this kind of Christianity. It’s one small step to saying to these dear Jewish people, “I am so sorry. My tears are mingling with yours. This is wrong.” 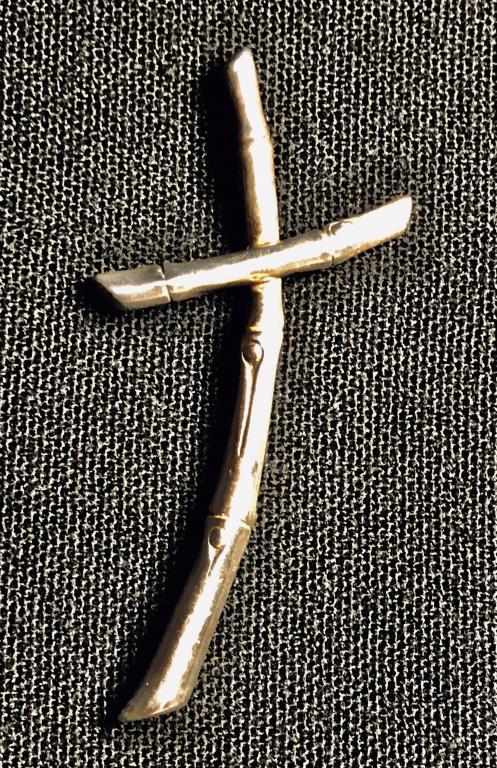 My husband gave me this lovely cross a couple of years ago. It’s one of many beautiful ones I own and have worn over the years. But I can no longer wear any of them. I can no longer identify with a symbol of oppression that opens the doors of murder and anti-semitism.

Before Constantine took over Christianity and subordinated it to serve the power of military and political conquest, the symbol that followers of Jesus tended to use to identify one another was the fish. It was laden with rich meaning and free from any idea of death, destruction, suffering, and murder.

But murderous leaders need murderous symbols, and this one suited fine.

It caught on and has stayed. But because of these people, I will no longer wear it:

I can no longer mark myself with a symbol, with a cross, that has, yet again, wreaked such indecent violence on such utterly decent people.

Christianity has a long, checkered, and generally destructive relationship with Judaism. It’s time for this to stop.

Those of us who have called ourselves Christian had better figure out that the person we say we worship was NOT a Christian, but 100% Jewish. He came to offer a fresh vision of Judaism, a return to its roots of being blessed in order to be a blessing.

Jesus recognized the importance of the Law and the deeper meaning of true holiness and profound love. He did not come to destroy the faith of his ancestors, but to celebrate it.

And we’ve blown it. I’m sick at heart, so sick that I have not even been able to talk about it.

But I will now, at least briefly. 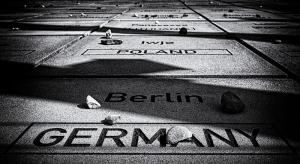 Some years ago, I had the privilege of deep acquaintance with a Holocaust survivor. Through one of those wrinkles in time and space, I formed a sister-loving friendship with a woman whose parents both got through the endless years in German concentration camps. Most of the rest of the large family were destroyed, but Sarah and David, married only days before the German Nazis imprisoned David, managed to find one another afterward.

Sarah, terribly damaged mentally and emotionally from the horrors, was never able to embrace me as her daughter’s friend. But David, seeing how his daughter and I loved one another, called me another daughter and brought me into his circle of love and kindness.

One day, we talked about his faith. He had lost all hopes of faith by the horrors he experienced and witnessed, mostly perpetuated “in the name of that Christian god.”

And one day, his daughter told me another story as we were worrying together about the state of David’s health. He suffered from enormous, intractable back and leg pain and it had gotten measurably worse.

While David was in the camps, the camp’s sadistic leader had randomly selected one of his friends for yet another beating. This friend was terribly weak. David knew that it was unlikely he could survive even one more moment of torture.

David volunteered to take his place. The commander agreed–he just needed to beat up a certain number of prisoners. The particulars didn’t interest him.

David survived, but from that point on, for sixty years, he never had one moment free from pain.

This is the ultimate Christ-act, coming from a man who had completely lost his faith and who suffered endlessly at the hands of those who said they were acting in the name of Christ.

In the last couple of years, I’ve watched entirely too much of the US Christian community stand solidly behind an immoral man whose words and actions have incited massive amounts of violence and hatred toward anyone except white male “Christian” Americans. In this time, I’ve come extremely close to following in the footsteps of David and losing my own faith.

I cling to the hopes that true love and profound holiness will eventually prevail, but those hopes grow fainter each day, with each denial that the hatred consistently spewed by our Fearless Leader has nothing to do with hatred at the bottom.

This is a sick, sick parody of true faith.

No longer will I wear the cross. I will stop identifying with this kind of Christianity. It’s one small step to saying to these dear Jewish people, “I am so sorry. My tears are mingling with yours. This is wrong.” 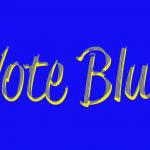 October 24, 2018
Vote Blue: I Chose That Even Against My Self-Interest
Next Post 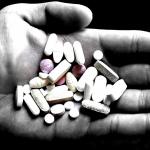