Vote Blue: I Chose That Even Against My Self-Interest

I am voting Blue for one final reason: I am a person of faith who also knows that a political party that claims God has their back carries so much danger to the larger good that people of real faith must, absolutely must, fight back. 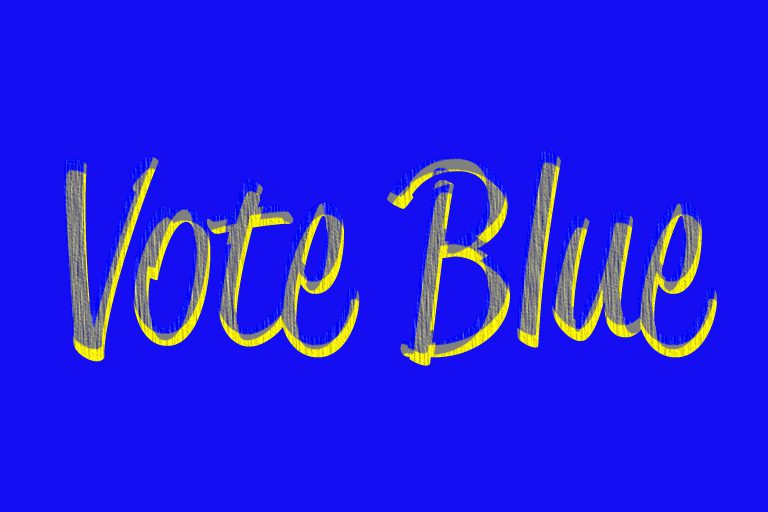 Saturday, I went to the polls. For the first time in my life, I voted a straight ticket: Democratic Blue.

Economically, my decision hurts me. In our particular business and general financial situation, we are far better off with the less-regulated Red than the more regulated Blue. But there is more to life than my economics. I believe we must take the larger good into account.

Yes, he is right. There will be full access to health insurance for those with pre-existing conditions. However, because it will be free-market access and the Affordable Care Act dismantled, insurance companies will do what is necessary to stay profitable.

However much you may object to them making profits, insurance companies are not government agencies but part of the free-market economy. Various individual and institutional stockholders own those companies. They’ve invested money into them and rightly expect a profit. Because those with pre-existing conditions almost invariably use more health services and generally more expensive health services than the fully healthy, it costs a great deal to insure them.

Thus, sure, you can buy anything you want. Mr. Trump is right. However, the premiums could and probably will quickly rise to equal your yearly household income–or more.

That’s why I am voting Blue. We, as a country, need to pay attention to the common good, not just to our self-interest.

Right now, the GOP gives every clue that they want and will legislate for a “survival of the fittest” economy. If you can work, then get a job. Good luck to you and don’t expect anything from us.

If you can’t work, or if you are already sick, well . . . sorry, we will have to leave you behind for a tasty hyena meal. Tough luck.

The survival of the fittest rule excels in cruelty. Only the strong, only the ones in favor with the alpha, survive. It thrives on sucking up and cheating your peers for the few favorite spots–which themselves are always treacherous, subject to the whims of the person currently on top of the heap.

There is no place for the vulnerable, the poor, or, frankly, for Jesus. No longer does compassion occupy a seat at the decision-making table. No longer does a sense of community good find voice.  No welcome of the poor and downtrodden unless, of course, you’d like some under-the-radar slave labor.

Instead, its all about ME, ME, ME.

Do we genuinely want to live that way?

I am voting Blue for another reason, and it’s not because I think the Dems will be more ethical. Politics and corruption have always been best friends. But a Blue Congress keeps the precarious balance of democracy alive.

When we go to an only one-party rule, we head down the road to some sort of dictatorship. When there are no real checks and balances–and that certainly seems to be more and more the case with our current set of elected officials–then corruption and greed take over.

Again, I’m not saying the Dems are less corrupted, but at least the corruption will tip another direction for a while. They shouldn’t stay in power indefinitely either.

I am voting Blue for one final reason: I am a person of faith who also knows that a political party that claims God has their back carries so much danger to the larger good that people of real faith must, absolutely must, fight back.

Right now, these people who claim God has their back have made a decision that erases the existence of a substantial, but generally invisible, segment of the population: those who are born intersexed.

Yes, it’s complicated to deal with those who don’t fit in neat categories. However, since that includes most of us, the logical conclusion: kill everyone who doesn’t look like me.

We cannot have this.

I am voting Blue for the sake of the survival of this nation. I invite you to join me. 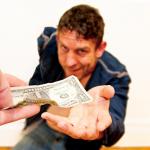 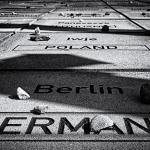 October 31, 2018 After Pittsburgh, I Can No Longer Wear A Cross
Recent Comments
43 Comments | Leave a Comment
Browse Our Archives
Follow Us!