What will the church do about the Intersexed? Just call them mistakes? 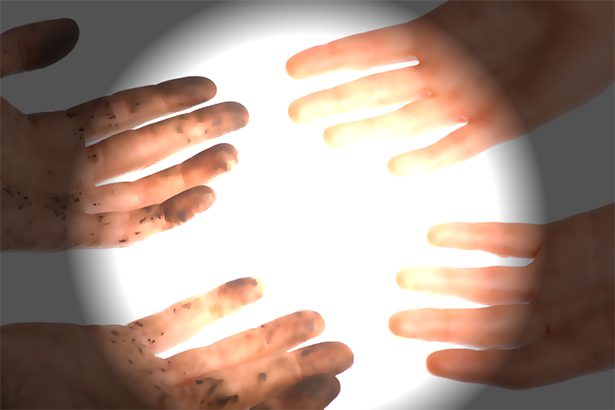 So what do we do with the Intersexed, those born with ambiguous genitalia? Shall we just call them God’s mistakes and be done with them?

A black and white world is easier for all

The world is ever so much easier to deal with when everything divides into two neat categories.

This is good, that is bad. This is heaven, that is hell. This is day, that is night.This is right, this is wrong.

This is a wave; that is a particle, except we know matter can be both waves and particles!

This is what much of the “holiness code” found in the Hebrew Scriptures is about: categorizing as much of the world as possible into good (clean) and bad (unclean).

Semen and menstrual blood were unclean. Childbirth was unclean. Women, in general, had so many possibilities of being rendered unclean by bodily secretions that they were permanently barred from priestly roles.

Men who had damaged genitalia or physical deformities were also barred permanently from such roles. They were perpetually “unclean.”

Certain parameters had to be met to be “clean.” There could be no confusion about the nature of the item/person to be categorized.

What WILL we do with the Intersexed?

Separation and exclusion were part of the process. Work and rest had to be rigidly separated. The Sabbath had to be perfectly cleaved from the regular work week.

So what do we do with the Intersexed, those born with ambiguous genitalia? Shall we just call them God’s mistakes and be done with them? Because if the holiness codes are to serve as guides to our lives, there is simply no place for such indefinable people, for they don’t fit neatly into either “male” or “female” categories.

Before answering that question, I strongly urge you to watch the video of this TED talk.

The interpretation of Scripture texts has always invited disagreement. As much as we would like it, there simply is not one, final word on anything.

The size of theological libraries and the varieties of Christian belief and experience bring this home. Furthermore, much of the interpretative process, along with the controversies,  has been affected by the growing world of scientific inquiry.

Very few still live as those grounded in a geocentric three-storied universe with a fixed earth and the sun, moon and stars revolving around it in concentric spheres. But it is possible to make a case that the Bible teaches it.

And while a significant minority (particularly in the US) of Christians still hold to a seven 24-hour-day creation at a fixed point in time in the somewhat recent past, far more do not.

Yet those who appreciate science to illuminate God’s way of creation still see the Bible as a trustworthy source of revelation. They have been able to incorporate evidence of the vast age of the universe and the processes of evolutionary change into their interpretations of the poetic creation passages in Genesis.

Many believe that while the Scriptures teach genocide, slavery, and rape of captured women as normal and justified activities, such passages do not reflect the heart of God. Instead, they are the actions of flawed humans who were making their interpretations of how to understand what Pure Holiness demands of impure humanity.

Our reasoning powers, our experiences, our faith, family and national traditions, our fears, our neuroses all radically shape how each person reads the Scriptures. Truly no one has the capabilities of a perfectly objective reading.

Right now, we experience flaming wars and fractured churches over the question of how to decide whether the homosexual community is just making unholy choices from which they can repent or whether one’s sexual orientation is actually inborn and unchangeable.

Before we can answer that question, I ask us to stop and say, “What about those born intersexed?” In this case, we may clearly state that the choice of their non-normative sexuality was made for them. They did not “choose” their “lifestyle” as so many accuse that those in the GLBTI community do.

And I say again, “Shall we just call them mistakes and be done with it?”

They really mess with the Adam/Eve dichotomy that many call upon to show the model for the only God-approved marriage arrangement and the only place for people to find loving fulfillment of their intimacy/sexuality needs and desires.

Church, we have a problem.

Will we be able once again to let science help us interpret the Holy Scriptures in a way that reflects Jesus’ ministry of inclusion? After all, he opened the kingdom of heaven to the unclean of the day: menstruating and foreign women–about as bad as it got in those days.

Will we deal with the inevitable discomfort at being unable to hold to clean categories but still hold to the redemptive power of the Gospel?

Will we be the Church to all people?

Will we do the same thing that the courageous first followers of Jesus did and declare boldly, “there is no male or female!”

Will we say with conviction, “God creates, but does not make mistakes!” Remember what God said over and over again about the created world: “It is good.”

We must address the place in God’s creation of those born outside of what we generally call normal. Because when we do, we will also better be able to clarify the rest of our arguments about human sexuality.

I write this as one who has essentially identified with the “Progressive” Christian movement. However, I do not write to demand that those who call themselves “Traditionalists” or “Orthodox” change their minds about their positions. I only ask that all of us hold our positions with humble grace and be willing to ask the hard questions about them.

A host of complex questions awaits us

I am aware that a whole host of complex questions will arise by taking a position that there is not a rigid separation between male and female.  By going there, we have to ask again what to do with the biblical witness of the creation narrative and the Gospel passages with Jesus’ reference to them:

I honor the Scriptures and believe they give us what we need to enter into God’s redeeming place of grace. I am very aware of the slippery slope concerns, that by opening doors to alternate understandings of human sexuality, we also open doors to deeper and deeper immorality.

But two thoughts continually come to mind here. One, we have wrongly focused the majority of our concerns over immorality on “who is having sex with whom” rather than the wider question of, “Where do I treat others in a way I personally hate to be treated?”

As we rightly enlarge the definition of immorality, we are able to address it more holistically.

Second, our argument about the dangers of the slippery slope needs to be directed to Jesus. Many of Jesus’ actions as recorded in the Gospels are in direct opposition to the standards set by the Holiness Codes we read in the Hebrew Scriptures.

He touched the dead, the leper, the menstruating woman, the foreign woman–all untouchables of the day, all as scandalous to those around him as the emerging GLBTQI world is to those who hold to more traditionalist views.

Jesus’ insistence on violating those codes contributed mightily to the need to get him out of the way by the traditionalists of his day. Personally, I think they acted with the best of motives. Purity matters. It did then. And it does now.

But we’re going to have to think more broadly about what purity is if we are going to be carriers of the Gospel to the world as it exists today.

June 27, 2016
The sad necessity of abortion: how can the church lead the way?
Next Post 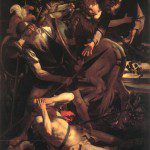