The sad necessity of abortion: how can the church lead the way?

The news hit early today: the Supreme Court struck down the law passed by the Texas Legislature that placed extreme restrictions on abortion access in Texas, particularly for poorer women in rural areas. The Supreme Court action, called the Whole Women’s Health Ruling, can be found here.

I am relieved at the awareness shown by the justices of the unfairness of the laws. I grieve that we need abortion clinics and providers.

In our unjust, deeply broken world, human embryos that should be celebrated from the moment of conception, precious beginning of lives ideally planned and anticipated, may instead put women in an impossible, desperate situation.

These could be prevented by open and free access to effective birth control.

But we don’t have that in Texas, nor it is available freely in many other places in the US.

And the church, by its silence on today’s sexual realities, has probably made the situation worse. Far worse.

The church’s main contribution to sexuality issues is “don’t.” That’s it. Just one word.

Easier to say in days when girls were married off as soon as they gave proof that they had reached adequate sexual maturity to bear children.

Nearly impossible today. Plus the same restrictions have never really been placed on men. In today’s increasingly equal society, that double standard no longer flies.

The only sex education allowed in Texas schools (any many other states) insists on “abstinence only”  as the one acceptable means to prevent pregnancy.

Unfortunately, such education doesn’t work to prevent unwanted pregnancies or too soon sexual activity. Study after study show its failures. This link will take you to one of many scholarly articles that evaluated research on abstinence-only education effectiveness.

It has been an utter failure as a preventative of teen-age sexual exploration and activity.

The only way for abstinence to work today is for the Christian church, the predominate religious force in the US, to start advocating that we again seclude girls until puberty, making sure they are kept at home and hidden from sight. At the moment of sexual maturity, parents immediately marry them off, making sure to inspect the bedsheets the morning after her husband rapes her for the first time.

Such actions will further regulate the message of grace, hope, forgiveness, holiness of habit and heart and reconciliation to God to the dustbin to total irrelevancy.

We cannot and should not do this.

What we can and should do is look at our current reality: increasing early puberty for both girls and boys (sometimes as young as seven), and increasingly delayed marriage in order to facilitate educational and vocational challenges and pursuits.

The church must address those years of peak sexual interest with honesty and integrity. We must teach our young people how to deal with sexual desires in a way that is responsible and healthy. We, as a church, need to advocate at state levels open access to effective birth control methods that girls and women can use to protect themselves.

Yes, condoms are helpful and useful but they are entirely too dependent upon the male’s willingness to use them. Furthermore, males are not those who pay the big price for bringing on a pregnancy. They do not have nearly the stake in preventing pregnancy as women do.

Women who are empowered to know and honor their own bodies are far less likely to get pregnant than those kept in ignorance and shame. They are far more likely to insist on consent, to be able to say a firm “no” to unwanted advances and to recognize the danger of too much alcohol.

It’s time. Please, let’s really talk about sex. And in the meantime, stop laying heavy burdens on those who are poor and without any slack in their lives at all.

Like it or not, we live with the sad necessity of abortion. However, we cannot regulate the practice out of existence without dealing with the far more complex issues underlying unwanted pregnancies.

Church, step up to the plate. Quit burying your head in the sand with your anemic “don’ts.” Look hard at the complex lives of today’s young adults, teens, and preteens. Be real. Sex happens. Women are not irretrievably stained by having sex. Pregnancy is not a punishment for their inability to keep their legs closed. It’s a part of life.

Please. Speak up and help here. Let’s stop abortion the only way possible: by empowering women to fully own their own bodies and their own sexuality and by teaching men to fully respect those who have the privilege of making sure the human race continues. 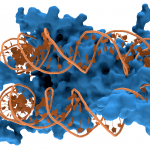 June 27, 2016
Ask the Thoughtful Pastor: Medical innovations that tinker with DNA, good or evil?
Next Post 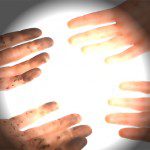