On the Art of Communication: Generation Gap or Just Plain Rudeness?

Nick Belton, a young “guru” on the digital age, offered a recent rant about excess text messages, especially ones that say things like “thank you.” Belton hates wasting even one extra minute on any communication medium that does not serve his immediate purpose. He finds phone calls and voice mail particularly offensive, saying:

My father learned this lesson last year after leaving me a dozen voice mail messages, none of which I listened to. Exasperated, he called my sister to complain that I never returned his calls. “Why are you leaving him voice mails?” my sister asked. “No one listens to voice mail anymore. Just text him.”

No one listens to voice mail? Really? Hmmm.  Later in the column, this young man indicates he communicates with his mother by Twitter.

Last fall, I participated in an “in-depth” conversation about a critical issue using a tweetchat medium–140 character limit.

The sentence above contains precisely 140 characters.  It took me ten minutes to edit it to that exact length, an interesting waste of time.

The “in-depth conversation” offered surface cliches and unsupported statements, no nuance or explanation. It was difficult to follow as people had to respond to previous statements with the @symbol to accurately reference tweets several lines and thought-leaps away.

More, because, of course, they found their own thoughts so profound, they also needed to hashtag (#) them to other places so their followers would not miss a word.

To say I found this tweetchat unsatisfactory would be an understatement.

Now, the oh-so-put-upon Belton’s quote above about his father’s many phone calls contains 303 characters.  Twice the space offered to criticize his dad as he spends communicating with his mother.

I am no Luddite and enjoy the electronic world.  I was one of the first users of personal computers, expensive as they were.

My typing has always been both fast and riddled with mistakes. To quickly fix errors in my documents without the laborious process of painting with liquid paper and erasing carbon copies seemed utterly miraculous to me.

I also think email and texting can be better ways to communicate than the telephone.  The act of writing our thoughts means we can rewrite as necessary. We can also reply when most convenient. No need to jump when the phone rings and be at the mercy of the schedule of others.

Email, at its best, serves as a way to embrace again the art of letter writing.  Through emails, we may keep a journal of our lives and loves, just as handwritten letters did for generations.

After my mother died in 2010, I discovered a treasure trove of copies of letters she had written to her family over a period of 60 years.  I saw riches and nuances I would have never known without them. She poured out her soul in the written word.  Conversations long-forgotten suddenly came alive again.

What would the world’s great literature and religion be without those who took time to write their thoughts?  How much we owe both to them and to the labors of those whose lives were dedicated to carefully and accurately make copies of such things!

Real communication takes time, energy, thoughtfulness and willingness to enter into the world of another.  It is also fraught with problems, open to misinterpretation, and makes the writer vulnerable to attack.

Mostly, it builds bridges when we are willing to take the time to listen. However, if even a “thank you” text is a source of irritation, I do wonder where we are headed next. 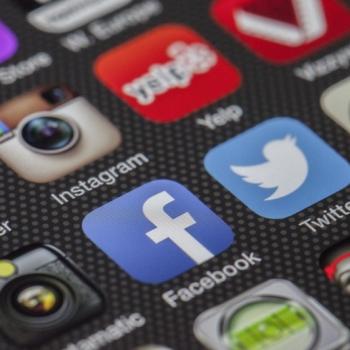 Progressive Christian
On Translation: No Easy Answer
The Thoughtful Pastor