In my opinion, it is not Facebook, which does have room for somewhat reasoned dialogue, and yes, it can be contentious, but not always, that has dampened church attendance. There is space for nuance, explanation. Instead, Twitter may be the problem. 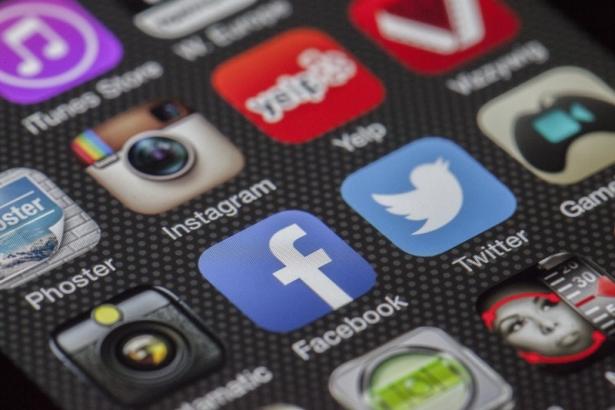 I remember images of old cars (they were not old at the time, but are now) lined up around the country churches and people standing outside in little groups appearing to have a good time.

There was face-to-face conversation with all the joys and pitfalls that entails.

Now we have Facebook and a whole slew of other ways to stay in contact with our friends.

There is risk in making a human friend. There is much less risk in making a Facebook friend. One is protected by the delete button. Maybe it is simply scarier to go to church and talk to real people when no visible escape route is there.

Has Facebook had a negative impact on church attendance?

I remember when I first joined Facebook. I likened it then to chatting across the back fence, which neighbors used to do. People would check in, catch up on the latest news and gossip and then return to their day-to-day activities. The people we talked with at the back fence were often also the people we went to church with and saw at the grocery store.

At that point, FB seemed to enhance relationships formed from religious commonality and regular attendance rather than distract from them. It meant people we saw at church but who lived a distance away could stay connected, caring for one another.

You note well that electronic relationships may not carry the vulnerability issues that face-to-face relationships do. However, having come from a robust letter-writing environment, I’m also aware of the profound power of expressing one’s thoughts in a way that others, the letter’s recipients, can read thoughtfully and then respond to as well.

A written environment can deepen relationships

Because FB was, especially at first, a written environment, it seemed to enrich friendships already made. There wasn’t always time on Sunday mornings for in-depth conversations, but they could, on occasion, take place in the electronic environment.

In that sense, I don’t think FB hurt the church or lessoned attendance. It may have even helped because it does keep people connected even when away from face-to-face communication times.

But there are ways that social media has indeed hurt the church. One is speed. The other is brevity. Furthermore, as social media evolves, the electronic world becomes, to many people, exceedingly absorbing because it looks better and provides an escape from our often mundane realities.

Many traditional church services tend to slowness in movement and pace. Congregations experience periods of quietness, of waiting, pauses while different people come to the lectern or pulpit, patience as ushers pass offering or people move forward to receive the sacraments.

Sermons may be quite scholarly and somewhat lengthy, requiring well-honed attention skills and an underlying knowledge base, built from years of hearing and reading and study, from the worship participants.

In my opinion, it is not Facebook, which does have room for somewhat reasoned dialogue, and yes, it can be contentious, but not always, that has dampened church attendance. There is space for nuance, explanation. Instead, Twitter may be the problem.

Twitter, with its 140 character limit, has had an undeniable effect on communication norms. For example, the paragraph above, 41 words, has 243 characters, nearly twice the allowable Twitter space.

Not only no nuance, but there is also no implied invitation to depth, to dialogue, to explore. It’s fast; it hits; it finishes. Then onto the next thing.

Twitter invites us to live by interruptions, by constant change, by snippets, by pronouncements.

Laziness does not promote character formation

Some churches have adapted to twitter-speak and Twitter-speed. They feed constant bombardment of the senses, music, lights, smoke machines, endless repetitive percussion to raise the heartbeat of the listeners. Multiple screens may show diverse, quickly changing images, supporting the short attention span of most there.

Attendees, no longer participants but the audience, obey instructions to stand and clap their hands and move their bodies on cue. Messages may not be short; quick video clips enhance them, quick comic flips keep the audience entertained. Camera angles continuously change, keeping attention focused on the screen.

Holy Communion, if offered, becomes a self-serve snack, done without liturgy, confession or explanation, often accompanied by hurry-up music to get people back into their passive, entertainment-style seats quickly.

Fine and well. It might keep people coming to church.

But the formation of the soul into one who lives from the fullness of forgiving grace and passes that loving goodness on to the rest of the world takes time, nuance, and the very kind of in-depth dialogue Twitter eliminates. We dare not rush the process, any more than we dare hurry into production exquisite art, music or literature.

Twitter-speak feeds on speed and intellectual and spiritual laziness. Church, properly done, accommodates none of these. Twitter-speak, at the moment, seems to be winning. Life-changing worship loses.

Photo via Visualhunt
Have a question for the Thoughtful Pastor? Feel free to send her an email. These columns generally appear in the Denton Record-Chronicle as well as here on this blog. 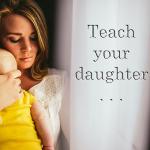 October 8, 2017
Teach Your Daughter About Her Physicality and Her Responsibility
Next Post 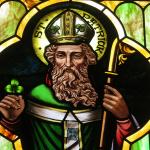 Evangelicals Are Attracted to Conspiracy Theories—Why?
Divergence
Related posts from The Thoughtful Pastor