Teach Your Daughter About Her Physicality and Her Responsibility

Teach Your Daughter About Her Physicality and Her Responsibility October 8, 2017 Christy Thomas

What is it about us fecund beings and tiny humans that encourages such disdain, dislike, and outright abuse? It makes no sense to punish women and children.

I don’t know the why. But I do know the solution. Teach your daughter. 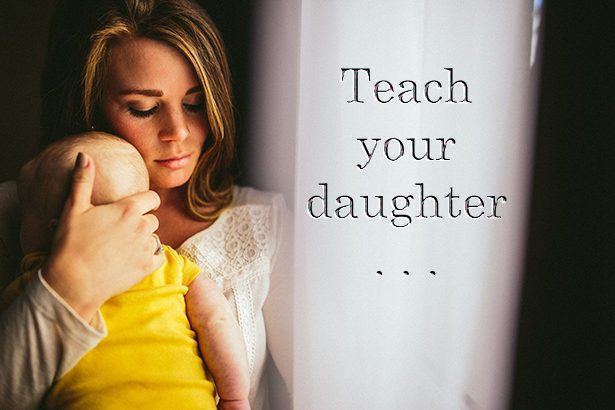 “Pro-life in the streets, pro-choice in the sheets.” ~Jennifer Weiner

That’s the best phrase I’ve seen to characterize many of our political leaders.

Wish I had come up with it, but I must credit Jennifer Weiner for her scathing editorial in the New York Times listing the various anti-abortion political leaders who have arranged for or urged their various mistresses/wives to have abortions. Weiner writes, “There are a few, rare exceptions that abortion opponents tend to allow to their hard-line rules: rape, incest, life or health of the mother, and ‘I got my mistress pregnant.'”

Now, our course, our beloved President has agreed that corporations no longer must provide birth control in their health coverage for their employees. And in my state, the eternally female-hating Texas Legislature is making it nearly impossible for poor and rural women to access health clinics where they can get necessary birth control. Would love to know what they do when their daughters want their birth control and/or their abortions.

Furthermore, despite Royal Princess Ivanka’s claims, not one iota of effort is being given to support working mothers who need high-quality, affordable childcare.

Lest we forget, apparently Congress forgot to renew the Children’s Health Insurance Program, so by next February, 9,000,000 children will no longer have health insurance.

To top it off, in case you haven’t heard, yet another media mogul, in addition to scum like Roger Ailes and Bill O’Reilly and Bill Cosby, has taken a tumble. Harvey Weinstein, movie producer extraordinaire, has admitted to decades of, to put it mildly, inappropriate conduct with the many young women whom he lured to his hotel room with promises of promotions, etc.

I’m not even touching the religious issues here, where female-hating and suppression has become an art form, all justified by a white male “god” in a beard who they insist has decreed that people must have a certain genitalia to be in spiritual leadership. Here’s the topper: Mark Driscoll, now apparently fully “restored” after years of being a skilled spiritual abuser and who has proclaimed himself ready to lead the world again, thinks women have one primary function: to be “penis homes.”

What is it about us fecund beings and tiny humans that encourages such disdain, dislike, and outright abuse?

I don’t know the why. But I do know the solution. Teach your daughter.

OK, here’s my advice to all parents/guardians: TEACH YOUR DAUGHTER ABOUT HER BODY AND HER RESPONSIBILITY FOR IT.

Teach her early and teach her well about the nature of her physicality.

Teach her that, unfortunately, most men will not “respect her in the morning” despite all pleadings and promises to the contrary.

Teach her that she must give active consent for anyone to touch her body and make sure she understands exactly what that means.

Teach her the astounding pull of her sexual urges and how to deal with them in a way that preserves her health and integrity.

Teach her that way, way too many men, and especially those who see themselves as king of the hill, are sexual predators and view her as the prey.

Teach her to respect, not hide, her anger at male privilege.

Teach her all about birth control and make sure she has early and easy access to it.

Teach her about sexually transmitted diseases and how those diseases can ravage her body.

Teach her about abortion, preferably how and why it should be legal, safe and extremely rare.

Teach her the importance of planned and wanted pregnancies and the privilege of being the one who can bring forth new life.

Teach her self-defense techniques and make sure she practices them diligently.

Teach her that she has a voice and has every right to raise it and to speak out, very loudly when necessary, if someone does something to her without her permission.

I wish I had known all those things. It’s time to do better.

Men, unfortunately, are the enemy

Let’s face it. In this area, men are the enemy. Too many happily spew sperm into any possible orifice and prefer to take zilch responsibility for the possibility that life may form, or disease may appear, or someone might suffer egregious harm.

I hate saying this. I have given birth to three sons, three fine men who have chosen to love their wives deeply and passionately help rear their children. I am married to an extraordinarily decent man. I know a lot of truly good men and am sure there are lots more like them.

But, in general, your daughter needs to know that she must protect herself. Predators abound and most have mastered beguiling disguises. Courts will not dispense justice for females, nor will legislators, politicians, corporate or media executives or entirely too many so-called religious leaders.

We women must stand up and shout loudly our protests. More than that, women must be willing to continue to pay the price necessary to become the ones with political and religious power.

We also need to acknowledge that being the mistress of a powerful man betrays us all. This practice must stop.

We need to affirm loudly and make sure our daughter knows that the privilege we, and only we have, of bringing new life into the world deserves far more respect and support than anyone or any institution offers now.

And finally, we need to make one thing clear. Until men start getting pregnant, enduring pregnancies, birthing and nursing babies, and putting their careers on hold to deal with the tough and tender moments of child-rearing, they need to do every single thing possible to support healthy women and children and ensure their financial stability.

When men take over the role of childbearing and child-rearing, then they get to make any rules they want that oppress themselves, relinquish ownership of their bodies to others, and keep themselves in poverty. But until then . . . it is time to change course.

The future of the world depends on it.

It makes no sense to punish women and children. And that’s exactly what is happening right now. 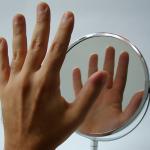 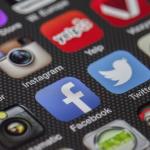 October 10, 2017 Dear Thoughtful Pastor: Has Facebook Hurt Church Attendance?
Recent Comments
18 Comments | Leave a Comment
Browse Our Archives
get the latest from
The Thoughtful Pastor
Sign up for our newsletter
POPULAR AT PATHEOS Progressive Christian
1