How Megachurches Have Killed the Practice of Prayer

How Megachurches Have Killed the Practice of Prayer June 18, 2015 Christy Thomas

It suddenly dawned on me last Sunday: Prayer is not media-friendly.

In this past year, I’ve visited over forty different types of churches, writing up my experiences for a regional newspaper. I then post the columns on this blog and write a more thorough analysis of what I saw and experienced.

Many of the places I visited are quite large, often multi-site. Messages come from the lead pastor, nearly always a charismatic and photogenic younger man. Most are live-streamed, using multiple stationary cameras along with an ever-moving boom camera to help keep the TV/Web-streaming audience engaged.

Few of the worship services I attended had time set aside for prayer. None of those with live-streaming do. Why? Churches web-streaming their services dare not practice silence or quietness. Music, movement, words and enthusiasm must fill each millisecond. It’s the nature of media–silence in a broadcast is the kiss of death.

Almost all the very large churches I’ve visited follow the same worship formula: no spoken greeting, but opens with 20-25 minutes of very loud music accompanied by dancing girls. High-speed video announcements follow and then a 30-45 minute sermon by the big-name pastor which is usually done by video. Perhaps another song and a dismissal. While money is earnestly desired, the act of receiving the offering and dedicating it to God as a part of worship has nearly disappeared. Membership covenants that mean a pledge of a certain income percentage keep the coffers full. And prayer is nearly non-existent.

That’s what hit me so hard on Sunday, June 14, 2015. Much of that service was spent in prayer, both corporate and private. We acknowledged the presence of God in prayer. We confessed our sins together, first with a written prayer, second with private prayer. We prayed for the world at large and then for those closest to our hearts. We prayed together the prayer that Jesus taught his disciples. We were still. We had silence.

There were no cameras. There was no broadcast. It was just us.

Most find prayer a difficult discipline to master, coming easy to few, if any. It is also an essential discipline for those who wish to move to spiritual maturity.

Most megachurches work diligently to channel people into smaller home/study groups. I assume prayer takes place there. However, the practice of prayer is not modeled or experienced in the larger worship gatherings. Those who get their entire spiritual nourishment from webcasts have never seen any more than a token prayer.

I’ve written before about how megachurches have accidentally killed Christian community. It appears another death follows their ever-enlarging territory. We are all the poorer because of it.

June 18, 2015
Mystery Worship That Fed My Parched Soul
Next Post 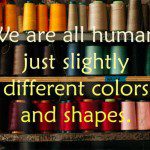 5 Books That Can Change Your...
All Set Free
Related posts from The Thoughtful Pastor