Church: take notice–people are leaving and not coming back

Church: take notice–people are leaving and not coming back January 4, 2017 Christy Thomas

We all know the church ship is rapidly sinking. What fascinates me about the United Methodist Church is how little we seem to care.

Instead, we wasted at least a generation and a massive amount of money with arguments over petty issues, and especially over petty issues that make us look like a bunch of “haters” to the wider world.

We continue to ordain lots of bright-eyed, idealistic men and women. We promise them financial security with guaranteed appointments, health insurance, and housing allowances, all with life-long tenure. And fewer people have any interest at all in what we bring to them.

Right now, the UMC shakily stands in the midst of a strong rightward move toward Evangelical theology. Proponents of that move justify their take-over tactics with the ever-repeated mantra, “Only churches with conservative theology are growing.”

But Evangelicalism (United Methodist branch or any other kind) is now probably forever tainted by its unholy marriage with power politics. They have uncritically supported Donald Trump, glued securely to the Putin pocket, and his agenda to become the richest person in the world.

In opposition to every biblical mandate, these so-called Christian folk elected this morally-unfit, unaccountable man. His dedication to destroying the safety net for the poor and marginalized has become clearer with every Cabinet nomination. By this move, evangelical theology has just about completely severed any relationship between their beliefs with the Gospels.

Read the article below. Weep first. And then ask, “What do we have to offer to the world?”

When US Adults Are Asked to Identify Their Religion, the Answer Is Increasingly ‘None’

By now, it’s clear that religion is fading in America, as it has done in most advanced Western democracies. Dozens of surveys find identical evidence: Fewer American adults, especially those under 30, attend church or even belong to a church. They tell interviewers their religion is “none.” They ignore faith. Since 1990, the “nones” have exploded… 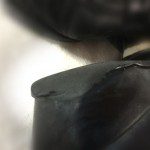 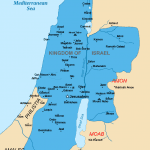 What if life wasn't just a...
slacktivist
Related posts from The Thoughtful Pastor