When women finally get fed up, stuff happens 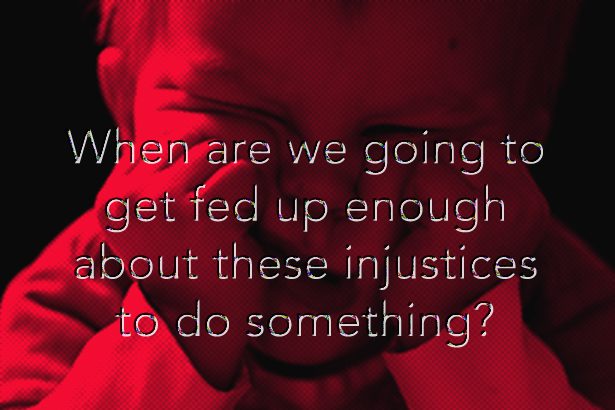 When women finally say, “I’m not going to let these guys continue to ruin my life and the lives of my children,” stuff happens.

These women were fed up.

Desperately poor families would see their husband/father drink most of his income, leaving them even worse shape.

The women lobbied. They got their candidate elected. They made sure he kept his campaign promises. They said a loud and collective, “No more” and did the necessary work to make things right.

. . .  Village women are taking matters into their own hands, enforcing a prohibition law in Bihar, one of India’s poorest, most agrarian states.

Though per capita income is less than $600 a year, many if not most men used to routinely spend much of their money on alcohol, further impoverishing their families.

“It was the acceptable norm to be drunk,” said Raj Kumar Prasad, the chief of the Halsi police station, which oversees 50 villages, including Bandol.

But that has changed, the authorities and villagers say, adding that the law imposing severe penalties for the sale and consumption of alcohol seems to have worked remarkably well. The crime rate has fallen sharply, government figures show, and spending on things like motorbikes and appliances has risen significantly. And almost everyone credits the vigilance of the women of Bihar for most of the law’s success.

Read the full story here.  Be sure and look at the stunning images of these women standing together to right the wrongs.

Yep, when women get fed up, stuff happens.

When women finally say, “I’m not going to let these guys continue to ruin my life and the lives of my children,” stuff happens.

Our current POTUS, quietly and without any media present, has now signed an order that permits states to de-fund Planned Parenthood. Planned Parenthood is the one best way we have ever had to ensure that poor women have an accessible means to get necessary exams.

Remember, this man, the 45th President of the US, works FOR YOU AND FOR ME because we are taxpayers.

We pay his salary.

We pay for his never-ending golf vacations.

We help him put money in his own family’s pockets by the inevitable mixing of roles as he rules over the depths-defying ethical swamp known as the White House.

Don’t be fooled–this all about punishing poor women

This man, who came into office because “Christian” voters decided they want him, just ensured that poor women will stay poor and sick. Furthermore, they will also be punished for being poor and sick.

Don’t be fooled. The daughters of the rich, the connected, the politically savvy, will easily get their safe and legal abortions. No one dare deny them access to basic female health care. They’ll be just fine, protected, untouched.

It’s the poor he is after. This is unimaginable cruelty.

As difficult as it seems to many, the proper response of the church, the one founded upon the name, the life, the death and the resurrection of Jesus, the one who went out of his way to elevate women from second-class, invisible status, must support Planned Parenthood.

Keep in mind that this is only one of the horrors 45 is inflicting on the US.

The clock is being turned back. Vulnerable populations are under relentless attack by this administration. This is a war, and that is not hyperbole or exaggeration. While folks are hoping that some Russia-related revelation will emerge from the darkness to bring this administration to a calamitous conclusion, the administration is busy rebuilding and reinforcing the architecture of oppression in plain sight.

We need to get fed up. We’re going to have to take to the streets. We need to make stuff happen. We have to stop this.

People are not happy

People are not happy with the situation. Notice the presidential approval ratings at this point.

But nothing will happen if we don’t follow the lead of these women in one of the poorest areas of the world. If they can do it, so can we.

Keep in mind: we are in Easter season. It was the courageous, loving women who announced to the cowering frightened male followers of Jesus, “Our Lord is alive!”

Let us again take the lead and say, “The Risen One would never stand for this.” 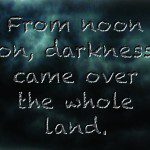 April 14, 2017
Darkness came over the whole land--and we prefer the darkness
Next Post 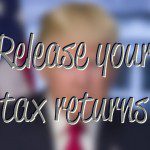 April 17, 2017 Dear President Trump: You work for me and I care about your tax returns
Recent Comments
3 Comments | Leave a Comment
"great article."
Brandon Roberts The Mending Kits Of Grace And ..."
"I read and re-read your "The Mending Kits of Grace And The Torn Pillowcase." Wonderful ..."
Nana Pannell The Mending Kits Of Grace And ..."
"Do some Christians really think forced conversions and violence brings the kingdom of God near?"
Harvey James Johnson My Morning Ritual: Pondering Religiously-Backed Genocide
"Huh, what?Not sure what point you are attempting to make. Does your reference to "strategic ..."
Keith Hunt My Morning Ritual: Pondering Religiously-Backed Genocide
Browse Our Archives
Related posts from The Thoughtful Pastor