Paige Patterson Out; Paternalism And Male Supremacy Still In

Paternalism, disguised as “godly male leadership” is another term for “male supremacy” and is no different from white supremacy. Both are distasteful in the eyes of God. 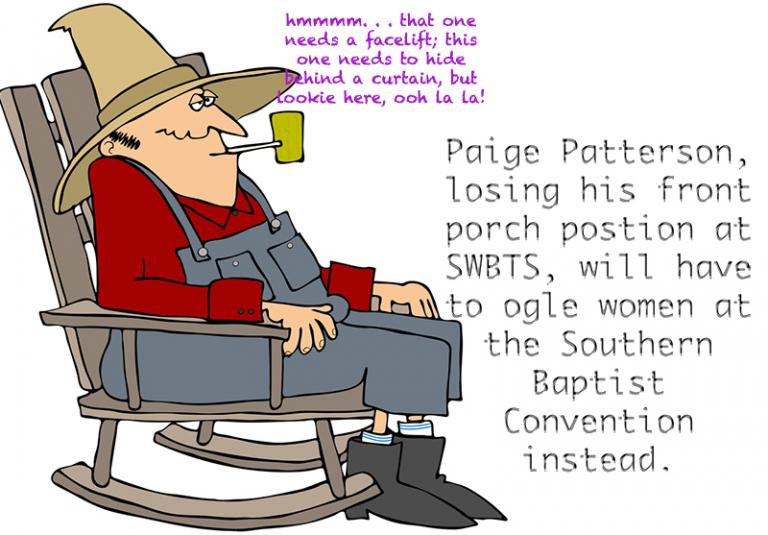 On May 30, 2018, the Board of Southwestern Baptist Theological Seminary decided to rescind the rewards they had heaped upon Paige Patterson for his treatment of women. In the press release, they announced that they have taken away his cushy retirement, his ever-so-elegant title as President Emeritus, and his forever home on campus.

Guess he’s not going to get to sit there to continue his career of ogling women and demeaning them by both word and deed.

Of course, at this time, Patterson is still the featured speaker at the upcoming Southern Baptist Convention. Perhaps they, too, will see the light.

Now, according to the press release, “SWBTS denounces all abusive behavior, any behavior that enables abuse, any failure to protect the abused and any failure to safeguard those who are vulnerable to abuse.”

Fine. A step in the right direction. But until Baptists address the fact that their very theology sets up the vulnerable, in this case, women, for abuse, nothing changes.

Remember: Patterson led the charge on this one. In the mid-1990’s, he and alleged pedophile Paul Pressler managed to take over the Southern Baptist Convention in the name of “conservative theology.” In 1998, the requirement for women to submit to male leadership in church and home was inserted into bedrock Baptist theological beliefs.

The male officially became God then for Baptists.

That core value of paternalism stays unchallenged and protected. Baptist leaders are still in window dressing mode, trying to stop their women from jumping ship and losing all their free or underpaid labor that keeps their institutions alive.

And there you have it. Women, simply submit quietly, keep your heads down, your noses clean, their laundry done, meals cooked, submit to sex whenever, wherever, and however they demand it, and all will be well. They’ll “protect you” this way.

You see, if you do all these things, they don’t have to hit you to enforce submission! It’s all so easy.

And they call that “Christian.”

Again, SWBTS has rightly been called out on its original decision to reward Patterson by kicking him upstairs after the #MeToo movement finally surfaced his despicable remarks. Good for them for reversing that decision. I don’t want to downplay the fact that they did the right thing here. Finally. 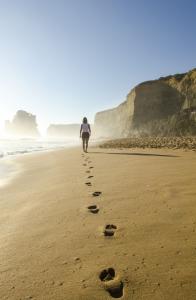 But they have not solved anything. Because every male going through Southern Baptist theological training will have it pounded into his testosterone-laden brain (uh, no gays allowed, by the way) that he is in charge. Her job is to follow and swallow.

The despicable theology that informed Patterson’s despicable remarks remains unchallenged. Every theologian whose work students at SWBTS will study comes from that exact viewpoint. No dissent allowed, although much of educated Christianity has left that stance behind.

Paternalism, disguised as “godly male leadership” is another term for “male supremacy” and is no different from white supremacy. Yes, you can always find a Bible verse or two that supports both slavery and the subjection of women. You can thusly justify the racism and sexism that even now permeate much of US society. But if you think God is smiling upon you, I strongly suggest you think again.

Again, I say to any woman in the male-supremacy church world: vote with your feet–or stay forever silent. Nothing substantive has changed. 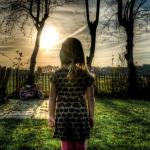 May 30, 2018
Starbucks, Inclusivity, And The United Methodist Church
Next Post 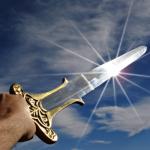 June 3, 2018 A Tale Of Two Deaths: One Person; One Denomination
Recent Comments
3 Comments | Leave a Comment
Browse Our Archives
Related posts from The Thoughtful Pastor