A Tale Of Two Deaths: One Person; One Denomination

Two Deaths: One, my brother-in-law, gentle, surrounded by love; the other, The United Methodist Church, rapaciously violent, with blood running in the streets. 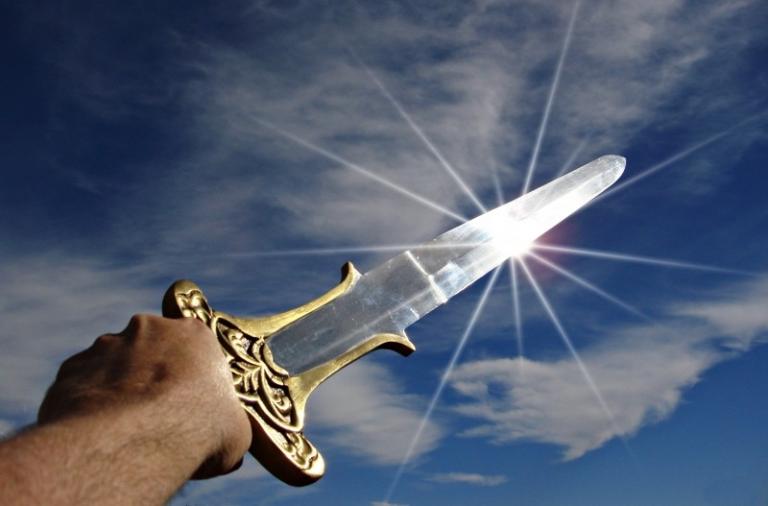 Several days before his death, and after conversation with wise physicians and other caring health professionals, my sister and her husband jointly signed the papers for his admission to end-of-life care under a well-known Hospice organization. I, along with a close friend of my sister, signed the paperwork as witnesses.

My brother-in-law stayed highly aware for the next 60 hours, conversing freely about his impending death, having no fear just some reticence about the process. He asked my husband and me to watch over my sister after he was gone.

All affairs were in order. My sister brought him home, surrounded him with familiar things, his beloved pets, and the many friends who came to say their farewells.

Eventually, he slept, going quietly into the final hours of limited breathing, and then gently slipping away. Even as my sister grieves and sorts out how to re-start her life without him, she does so filled with good memories and no regrets.

In February 2019, I expect to observe another death, this time of the institution of The United Methodist Church. The far right, “We are the only ones who can properly interpret Scripture; everyone who disagrees with us is wrong; we want nothing to do with them,” have declared war on the Bishops and the plans for church unity they expect to present at the specially called General Conference.

Please watch this video in its entirely as Rob Renfroe, the most vocal spokesperson of the Good News/WCA/IRD “we hate gays” coalition, sets out his manifesto.

A modern-day Martin Luther–I would guess that is how Renfroe sees himself. He, and he alone (could we see shades of the current Evangelical Savior, Donald J. Trump here?), with all his superior knowledge of Scripture and the will and nature of God, will reform the church and shape it to his image. The damage to the people of God and the witness of the Gospel of grace be damned. Renfroe will prevail.

My guess: after they “win,” Bishop Scott Jones will be named “Supreme Bishop of the Wreckage of the UMC” and Renfroe will be his chief of staff, ruthlessly spending millions on clergy trials to make sure any who disagree will face the most extreme punishment possible.

There will be no gentleness to this death. Instead, blood will flow in the streets. Renfroe wants war. He’s arming himself and his troops for it. And he is sure, absolutely sure, a fire-eating gay-hating God is on his side.

There is nothing new about Renfroe’s plans. This is a long-established historical pattern. Peace-loving, open-hearted people, full of grace, service and concern for those on the outside of both temporal and eternal hope, have been routinely silenced or slaughtered by those who service this warrior, murdering God.

This is the God who sends as many as possible to eternal conscious torment, sparing only the very, very few who adhere to the purist of all doctrines–as the Renfroe’s of the world define them.

People, for example, like the now disgraced Paige Patterson and his partner in creating true doctrine in the Southern Baptist Church, alleged pedophile Paul Pressler. People, for example, like the famous Mark Driscoll of the infamous “we don’t want no wussy Jesus” talks and his assertion that the primary purpose of women is to serve as “penis homes.”

These people are the lovers of true doctrine. They build high walls against those who might question their absolute rightness.

Fascinating company for the Renfroes of the world.

And yes, there will be a “winners-take-all” showdown. They are superb political organizers and assert they have every single vote from African Methodists in their well-lined pockets. They hold the majority. They operate from the mantra, “I speak for God. You do not.”

From the beginning of their emergence, I’ve been saying that “The Inquisition Cometh.” It won’t be long after they take over that all clergy will have to either fully agree with them or face explusion–their employment gone, their church doors nailed shut to keep them out, and, if they can manage it, probably also withholding pensions funds.

They’ll need a lot of money to keep the African church alive. Right now, the US funds 99% of the entire budget for the UMC. Many of those funding streams will dry up. Appropriating pension funds would seem like a viable option as they pursue their “holy path” because morality appears to occupy little or no place in their righteous campaigns.

I am reading much religious history right now. I see parallels in how the Romans beat down the more gentle Irish Celtic Christian movement. I also see similarities with Luther as his increasingly mean and narrow followers beat out the growing influence of the more open and, again, gentle Erasmus. Let us not forget that Luther helped set the stage for the Holocaust–much of Germany was steeped in his “biblical” hatred for the Jews. 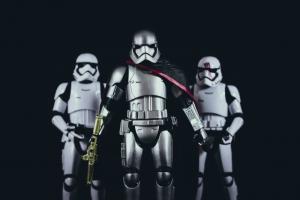 Someday, world history will lay at the feet of the Rob Renfroe crowd the continued persecution of the gay community, especially in Africa. Many, many will suffer egregiously. Many more will perish because of him and his disciples

But none of this matters. All that matters is that he is right and everyone who disagrees, no matter if it be Jesus, is wrong.

Frankly, I spent some years as a mini Rob Renfroe. I, with my superior biblical knowledge (able to read both ancient Greek and Hebrew with some fluency, among other things), stood with absolute certainty that I could be the great Bible interpreter.

I, too, felt there were no places for gays in the Kingdom of God, that divorce was the worst sin possible, that women should remain silent and submissive. (Note: Renfroe and his crowd will come after the divorced and the female clergy in time.)

Yes, I thought all those things until I took a more honest look at the Holy Scriptures and saw . . . so much ambiguity, so much uncertainty, so many substantive conflicts, so many misunderstood cultural issues, so many words and phrases that can’t be translated well or with assured accuracy.

I had my own Reformation moment, just from reading the Scriptures in something closer to their original forms.

I tried to speak out my new understandings in my far-right world, only to be silenced and expelled. During my years in this “Everyone who disagrees with us is wrong” world, I watched the Patterson/Pressler takeover of the Southern Baptist Convention. I observed the wreckage of the lives of close friends I had in that world: seminary professors fired, other denomination personnel kicked out, futures ruined.

I saw the meanness. I ultimately experienced it myself.

And then I found The United Methodist Church, found room to breathe, live and teach grace. I worked my way through a ten-year ordination process and served it with utmost joy.

As flawed as the UMC is, I never expected to see this pattern repeated here.

But we have it. Time to break out the funeral shrouds. Time for those still inside to figure out how, just as my sister now must do, to re-start their lives in another world.

Because Renfroe and his ilk will win. Or they will destroy the church trying. Frankly, I doubt if they care which.

But I also know this: Grace and goodness will someday prevail. God is not mean, hateful, or hoping to cast most of us into hell. For now, the bullies win. At some point, we’ll all find our place to the throne of grace and say, “Oh my goodness, how wrong I was about that!” 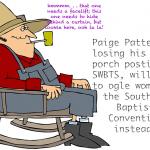 May 31, 2018
Paige Patterson Out; Paternalism And Male Supremacy Still In
Next Post 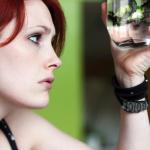 June 9, 2018 I Remember When I Was Near Suicide
Recent Comments
3 Comments | Leave a Comment
Browse Our Archives
Related posts from The Thoughtful Pastor