Perhaps the church needs training wheels to help it navigate the necessary turns and twists that demand doctrinal and social flexibility. Those who read religious history see with sad repetition how the insistence on unchangingly straight roads led to disastrous outcomes both within the church and in the effectiveness of its ministry to others. 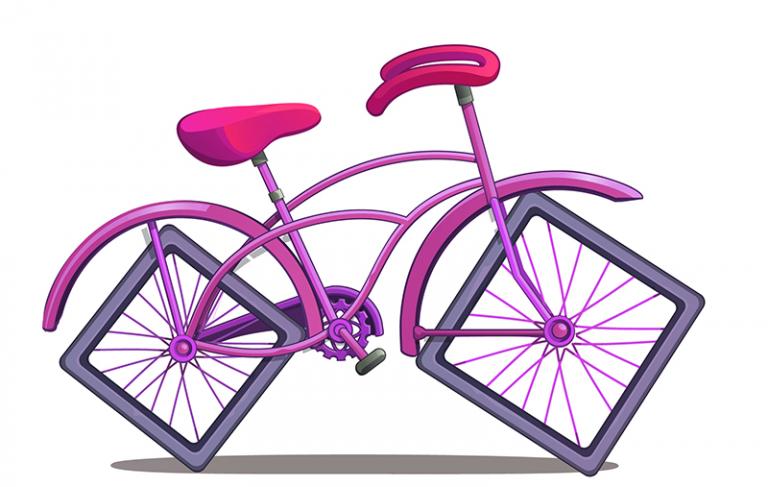 Last year, my husband, an avid cyclist, and I had one of our (possibly not so) brilliant ideas: I would take up bike riding again so we could enjoy long rides together.

After much research, we decided upon an assist bike. Such bikes come equipped with small motors that “assist” the rider when going up hills. Essentially, they turn hills in level paths. Perfect!

What we failed to take into account (as I said, it was possibly NOT our most brilliant idea) were my increasing balance problems.

Every time I got on the bike, the terror response took over my body. The more frightened I became, the more I froze. It’s easy to picture what happened next.

I was reaching a point where I either find an endlessly straight road so I didn’t have to turn or face the fact that that walls and curbs I’d inevitably hit were going to leave me with bloody noses, skin scrapes, and broken bones.

One final frustrating attempt left me in tears and my husband on the verge of giving up. I sought out advice, and someone suggested an adult tricycle, but that would not work as we couldn’t transport it with my husband’s bike.

But then it dawned on me: Surely I’m not the only person with this problem. Voila! Adult training wheels—or “balance enablers,” as I prefer to call them to preserve just a shred of my dignity. Anyway, we have ordered them.

Once installed, the bike cannot fall over. I am very much looking forward to riding happily around corners and enjoying the twists and turns of bike paths without that fear paralyzing me.

As we’ve wrestled our way through yet another getting older challenge, I started to wonder the church could use a set of training wheels. Perhaps they would help us navigate with less fear the twisty paths in front of us as we sort out what it means to be a people of God in this rapidly changing world.

I do think some sense of stability under us might help as we acknowledge the usual and very normal human fear response to our complex challenges.

Too often, those fears have left the church on the wrong side of history and social justice issues.

Among other things, the church has wrongly insisted that the sun revolves around the earth—it took a long time and a fair amount of persecution and executions to embrace science as partner, not enemy, of religious thought.

We did the same as we justified racial bigotry and with issues of male/female equality. And still, the worship hours tend to be the most racially segregated times of the week. As for male/female equality . . . the number of religious institutions that insist that females may not exercise spiritual authority boggles the mind.

Those who read religious history see with sad repetition how the insistence on unchangingly straight roads and belief systems led to disastrous outcomes both within the church and in the effectiveness of its ministry to others.

We have functioned like my paralyzed-with-fear-body on the unstabilized bike.

Doctrines have never been unchanging

But here’s the thing about church beliefs: They have never been set in stone, moving on in one unwavering, unchanging path, there for all eternity. From the earliest birth of the Christian movement and long before that from our Jewish heritage, people have proposed doctrines and argued, modified, improved upon or discarded them by newer understandings and different circumstances.

You don’t believe me? Well, pick up your Bibles and read the Acts of the Apostles. Spend particular time pondering the spiritual earthquake that the Day of Pentecost caused. Dig deep into the extreme differences that surfaced as the idea of being a follower of Jesus moved from the predominantly Jewish communities to the radically different Gentile communities. 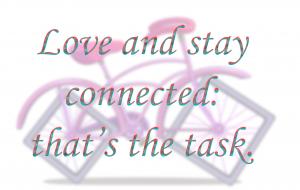 Then sink into 1st Corinthians and see how the writer frantically tries to find common ground with all the different ideas percolating in that rambunctious, sensual city and finally says, “OK, there is finally only one thing that matters: love. All this other stuff is utterly worthless compared to that. Love each other and stay connected—that what God wants of you.”

As religious movements spread, they inevitably incorporate ideas from different cultures, evolving as necessary for survival, just as plants and animals do. That is the nature of living organisms—and either the church is a living, and then by definition, changing organism, or . . . it is dead and moving into the process of decay.

To live means embracing change, to leave behind the fear and look at the future with hard-earned wisdom.  If the Word of God is “living and active” then it is changing. All the time.

Nonetheless, the challenge of keeping the balance especially during these times of major upheaval—and we are in one now—can be so overwhelming that we give into the fear response, the one that simply shuts down the possibility of finding and living from the kind of fear-free love that is the call of God on our lives.

The church is going to have to turn the corners. And it’s silly to say that we’ll only turn corners that turn “right,” i.e., more traditionalist or “left,” i.e., more progressive. If we eliminate one direction, we will only circle in upon ourselves into tiny, little, closed groups—the opposite of what we say we do.

It would be like only putting one training wheel on and saying, “there, you should be just fine now.” It won’t work. Right now, this is what The United Methodist Church may do in the organized opposition to the One Church Plan, the Bishop-endorsed plan which intentionally gives space for the differences and the “both/and’s” that constitute robust theological thinking. 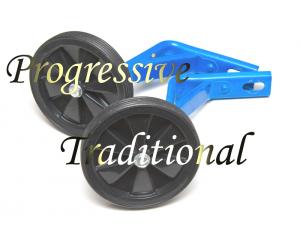 Perhaps we’d be well-served by labeling one metaphorical training wheel as “our traditional thinking” and the other as “our progressive hopes” and respect the need for both as we more gracefully ride this bike/church into the future.

It just like politics: as crazy as our system is, with its wild rides from conservative to liberal, its revolving doors of elected officials, its never-ending arguments, it works astoundingly well to ensure a kind of citizenship freedom the world had not seen before.

While the US appears to be a bit of a mess right now, another dip into history shows that we’ve always been in that mess. By constantly acknowledging the importance of the push/pull of different perspectives, we also open ourselves to new depths of creativity and innovation.

But a church balanced by the push/pull of differing perspectives grows in strength and flexibility even if we do fight with one another.

As long as we can fight in love, we can not just survive, but we can thrive. But we can only find that love when we get rid of the fear. 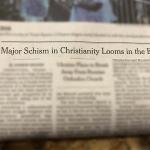 January 1, 2019
Church Split Headline: The Orthodox And The UMC
Next Post 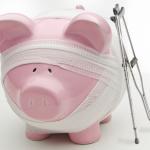 January 9, 2019 Adulting And Christian Bankruptcy: Donald Trump Has Been Good For The Nation
Recent Comments
5 Comments | Leave a Comment
Browse Our Archives
get the latest from
The Thoughtful Pastor
Sign up for our newsletter
POPULAR AT PATHEOS Progressive Christian
1