The WCA Says, “Just Turn It Off” To GLBTQI People

The WCA Says, “Just Turn It Off” To GLBTQI People February 4, 2019 Christy Thomas

This is what the doctrinally pure, i.e., the splinter Wesleyan Covenant Association (WCA), will ask anyone who wants to belong but who may not fit their definition of purity: just “turn it off.” 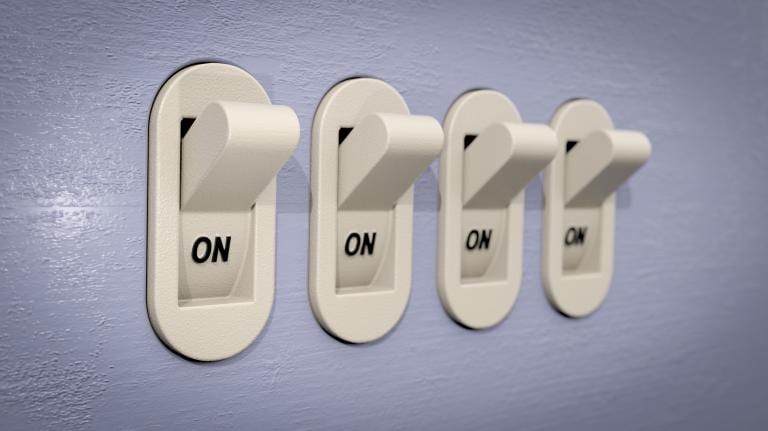 I saw the musical, “The Book of Mormon” last weekend–and laughed all the way through it. As my friends warned me ahead of time, it is full of the “f-bomb” word and extremely sacrilegious. They were certainly right. Another friend, after a similar warning, also mentioned, “it is wickedly funny.” That’s a perfect description as well.

If you’ve not seen it, this hilarious, high-energy musical pokes fun at the Church of Jesus Christ of Latter Day Saints, i.e., the Mormons, in every possible way. It is the parody of parodies, and clearly written by those who had researched their subject thoroughly.

As I laughed my way through it, I also thought, “It would be a piece of cake to write a similar parody about The United Methodist Church, our various fights, and especially about the called General Conference, set to begin on February 23, 2019, less than three weeks from now.”

At that time, a single committee of 864 people will debate 76 pieces of legislation and then decide which of the 76 pieces to legislation will be sent to the plenary session to be further debated by exactly the same 864 people.

It’s set up that way because we are so emotionally split off from each other, so lacking in covenant trust with one another, that organizers of the conference didn’t feel they could risk breaking it up into more traditional smaller committees to debate the various proposals.

Is this not parody material at its best?

The proposals, by the way, concern the future of the very heart of The United Methodist Church. Essentially, they ask the UMC to clarify, “Are you indeed a church of open hearts, open minds, open doors (our official slogan)?”

Or “are you a church that defines itself as doctrinally pure, which means, by the clear admittance of those who already define themselves as having reached the exalted state of doctrinal purity, that no gays will be allowed?”

Now, that “no gays allowed” statement is not quite true. All those who may fit under the umbrella of the GLBTIQ+ community are welcome to enter. That is, their money and their talents are welcome. The UMC is all about noses and nickels, after all.

But never, ever aim for leadership and, preferably keep totally silent about your essentially unacceptable sinful selves.

So, when I saw this piece being performed on the stage, I nearly started crying, both from laughter and from the reality it offers. This is what the doctrinally pure, i.e., the splinter Wesleyan Covenant Association (WCA), will ask anyone who wants to belong but who may not fit their definition of purity: just “turn it off.”

Just turn it off, folks. Turn off your questions, your hurts, your agonies, your differences and especially, turn off, hide, try to escape from, your sexuality.

Turn off any idea, any questions, that the leadership has decided are unacceptable for discussion. Enter into the world of tight fundamentalism, but on perhaps a slightly less science-dismissing fringe. And they don’t call it “fundamentalism,” of course. They call it “orthodox.” Yeah, well so do the real fundamentalists. Once there is no room for questions, people have entered the slavery of the mind and soul.

But, on the upside, slavery is easier. And ever so easy to defend, especially if you are a “biblical” fundamentalist since it is affirmed all over the Bible, and not spoken of in disparaging terms. And, just think about it! As the White Supremacists say, “Gosh, those slaves were treated WELL! They had food and everything!” “They were treated like family!”

More than that, when someone is in slavery, consider how much less mental energy must be spent thinking theologically about things! Instead, they can simply be quiet little laborers for the Lord, happily slinging their money in the offering plates, and leaving the authority figures to make the truly important decisions.

“Turn it off.” Turn off your minds, your souls, the core of your being, and join the WCA. 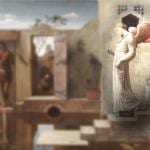 January 29, 2019
Do You WANT To Be Well? Think Hard About Your Answer
Next Post 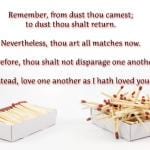