In the world of talionic justice, Mr. Trump deserves to get Covid-19. Frankly, there is some real satisfaction in knowing that the virus finally caught up with him. It’s silly to pretend otherwise. Nonetheless, I pray for him. 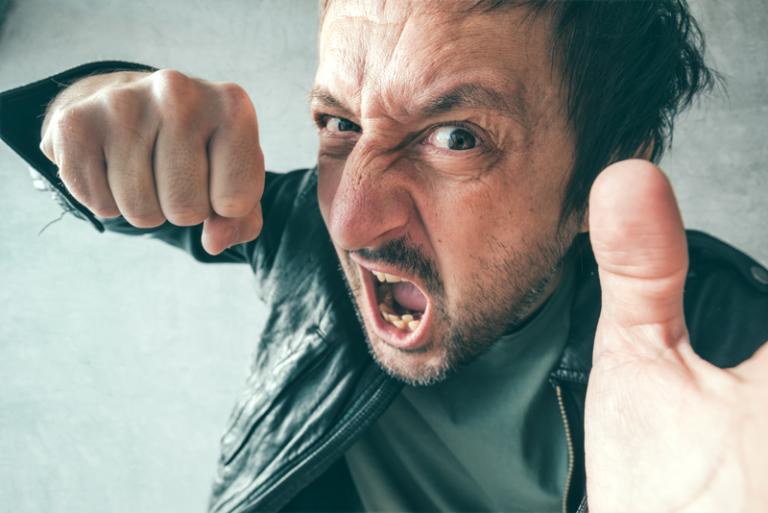 Many years ago, deep into my seminary studies, I learned the term “talionic justice.” Do you remember the phrase, “An eye for an eye and a tooth for a tooth?” That’s the basic idea of talionic justice: whatever pain you have inflicted upon others is the price that you must pay for such actions. The ideas reach way, way back into history. Following those dictums did indeed make a more just society.

Without a sense of a punishment equal to the crime, much “justice” was actually even more destructive vengeance. Humans, being what they are, generally want to hit someone back harder than they were hit and need legal restraint.

Take a view minutes and watch at least the beginning of this video: it’s the perfect illustration.

From the early days of written human history, it became evident that no civilized society would thrive without legal means to back away from the danger of “hitting them back five times harder.”

Now the news reverberated around the world: Mr. Trump and his wife have both tested positive for Covid-19. Not only that, it appears likely his senior staff and his family have all been exposed as they were all on the airplane with senior advisor Hope Hicks after she became ill.

The Talionic Justice Dilemma Before Us

Is Mr. Trump solely responsible for the sickening toll the out-of-control virus as taken on the US? Of course not. By the time he was informed of its seriousness, the novel coronavirus was already spreading in the US. But, upon being informed, he routinely played it down for weeks and weeks, wasting valuable time that very likely would have saved lives.

Mr. Trump has also continued to disparage the wearing of masks, the one thing everyone can do that does dramatically lower the risks of getting and/or passing on the virus.

At the Presidential debate, his family refused to wear masks, even though it was required of the event organizers.

“In terms of what went on the hall, it was curious. The Biden camp, Mrs. Biden, Sen. Chris Coons of Deleware, all their people, all came in wearing masks and wore them throughout the entire debate,” Wallace said Friday. “The Trump family came in, I’m told, wearing masks but then took them off once they sat down in their seats. That actually violated the rules of the Cleveland Clinic, which was in charge of all the safety issues inside the hall.”

In the world of talionic justice, Mr. Trump deserves to get Covid-19. Frankly, there is some real satisfaction in knowing that the virus finally caught up with him. It’s silly to pretend otherwise.

But here is the Christian dilemma: we are called to a higher standard of behavior. We have these pesky words from Jesus to cope with:

You have heard that it was said, “An eye for an eye and a tooth for a tooth.” But I say to you, do not resist the evildoer.But whoever strikes you on the right cheek, turn the other to him as well. And if someone wants to sue you and take your tunic, let him have your coat also. And if anyone forces you to go one mile, go with him two. Give to the one who asks you, and do not reject the one who wants to borrow from you. (New English Version)

So, I personally have chosen to pray for Mr. Trump, his wife, and those around him who have already become ill or likely will become ill.

But with every prayer, I have to confess my own sense of “he deserved to get it” anger rising in me. We should not be facing what we are facing. His leadership has hurt us all in this crisis.

September 21, 2020
That's Not Fair: The Eloquent Peasant And Our Present Hypocrisy
Next Post 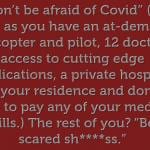