Am I Woke? Perhaps I Am Awakening

Am I woke? Well, I do know this much: Any pronouncement diminishing the need to be woke, i.e., be aware and actively seeking to deal with the “isms” embedded in the system, by any person or institution holding power where increased wokeness will lead to a decrease in that power must automatically be suspect. 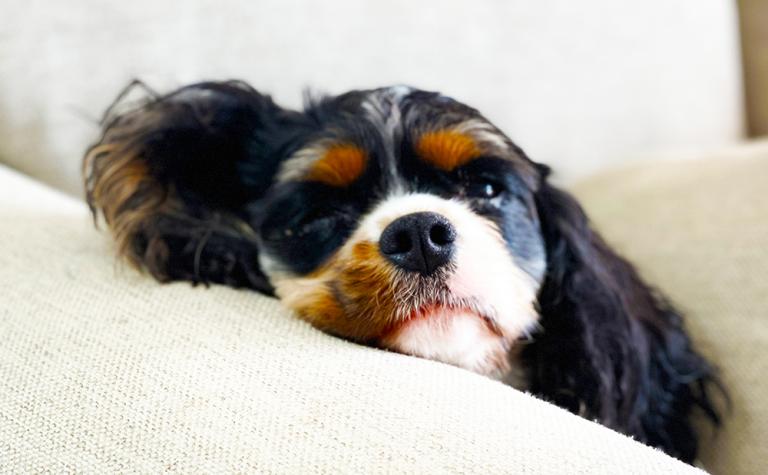 Am I woke? Well, I was awakened at 4 am this morning by my dog, Remy, climbing on top of me, his signal for “let me outside NOW.” After letting him out and getting him re-settled on the bed, I lay there thinking, “Am I woke?” I was most definitely awake, but that could not answer the deeper question of wokeness.

At 5 am, Remy, apparently in some significant intestinal distress, awakened me again, except I was already woke by worrying about my wokeness. So, I gave up and got up and continued, this time with a cup of tea handy, to meditate on my own woke? unawoke? wakeness.

Anyway, first, I realized as often as I see the word tossed around these days, that I actually don’t understand what “woke” means. Checking with my ever-present and often amazingly helpful expert, i.e., Wikipedia, I learned this:

Woke (/ˈwoʊk/ WOHK) is a term, originating in the United States, that originally referred to awareness about racial prejudice and discrimination. It subsequently came to encompass an awareness of other issues of social inequality, for instance regarding gender and sexual orientation. Since the late 2010s, it has also been used as a general term for left-wing political movements and perspectives which emphasise the identity politics of people of color, LGBT people, and women.

So, armed with this information, I ask again, “Am I woke?”

My privileges: about these, I am woke

I do know that I am exceedingly aware of my privilege.

I have light olive skin tones (but hair that can easily be called “kinky), so assume my identification as “White” is OK, although there is nothing really “white” about my skin, except maybe the whites of my eyes, if I have had enough sleep, which is most definitely not the case this morning.

I’m healthy–that, to me, is a huge privilege knowing how many do suffer from health-related illnesses.

I’m older, which I love because I no longer have to fight the battles of identity and relationships that mine the uncertain lands the younger one must tread.

I live in a house in good repair in a safe and welcoming neighborhood. That’s a giant one, knowing how many live in crowded, substandard housing in places that no one can consider safe and/or welcoming.

I’m happily married. Deep, deep sign of both relief and contentment. I could write volumes about that one, but will just leave it there.

To date, no one in our immediate family has died or been hospitalized from Covid-19, although we have experienced the grief of lost friends and more distant relatives.

I have adequate funds and a reasonable expectation that I will likely not spend my last years in poverty. Possibly not a moment goes by when I am not aware of the financial privations and deep stresses suffered by many.

So, yeah, I’m very, very aware of my privilege. But does that make me truly woke or just kind of woke? Or maybe still asleep because I am in a state of self-delusion.

I hear and see the word “woke” tossed around constantly. On one side, people I know who consider themselves highly woke often tell others not to trumpet their own wokeness because they aren’t fully on their side of THIS particular social justice issue or can’t possibly understand what it is like to live as a constant victim of the multiple micro-aggressions experienced by some special non-dominant people in our society.

Both of these contentions are likely true, by the way.

But on the other side, I read the dangers of a “woke” church (here’s just one of many examples) and how such a place cannot possibly represent the gospel. Furthermore, I see all these defenses about how the US is clearly NOT a racist or sexist society nor was the church ever built on any semblance of racism, sexism, etc.

At which point, I want to scream, “For heaven’s sake, people, get your head out of the sand and READ YOUR HISTORY!” C’mon folks, let’s get real about these things.

For me, the more troubling I find the current world, the more I delve into the mysteries of human history and become more aware of the messiness of the human condition. And I have learned two main things.

The first basic truth: It is just hard to be human. Our very awareness of past and future, of inequities and degradations, of privileges and prejudices, of the briefness of life and the inevitability of death, of our unending series of uncertain choices and multiple roadblocks and messy complications, lead us to a shared, and quite reasonable, angst.

I think this is where the Garden of Eden story, or some version of it, plays so strongly in our collective unconscious. We are all longing for that place where our work is satisfying and fulfilling and is not almost immediately threatened by decay or disaster or destruction by some outside force. In addition, every part of our being reaches for that spot where our relationships are actually full of equality and mutual vulnerability, i.e., naked and unashamed,

The Garden of Eden is endlessly safe. We can let down our defenses and enjoy the world around us. Unfortunately, the world outside that Garden, the world we all inhabit, is decidedly unsafe.

The problem before us: the quest for safety nearly inevitably leads us to some sort of “ism” response.

How do we get safe? We surround ourselves with people and things that keep us comfortable.

So we find that safety in sameness, i.e., with people who look like us and think like us. Sameness means we don’t have to waste energy on trying to understand the other, but can instead use that energy for survival.

Sadly, an insistence on sameness ultimately degrades our humanity because it must inevitably divide us. It is indeed the well that nourishes all our “isms.” Racism, sexism, genderism, hyper-nationalism, any other “ism” you can come up rise with the need for safety. And when that need gets unbalanced, unmitigated by the plight of those who do not have a voice, then we have a real problem.

From what I am able to understand, truly being woke means speaking truth to those in power who guard that safety.

That power can include doctrinal authority, “You must believe this way or you will not be saved.”

It can guard political identity, “All people coming to the US to seek asylum are murderers and rapists so we need a wall.”

It can protect against calls for racial justice, so “Black Lives Matter” gets turned into “All Lives Matter” and thus rendered meaningless.

It can guard sexual rigidities, “God made Adam and Eve, not Adam and Steve.” Sigh.

And people and institutions that have that power will hold onto it with a death grip, with the life and well-being of the truth-teller often being the cost of that death grip those with the power are more than willing to pay.

Thus the second basic truth: Any pronouncement diminishing the need to be woke, i.e., be aware and actively seeking to deal with the “isms” embedded in the system, by any person or institution holding power where increased wokeness will lead to a decrease in that power must automatically be suspect.

Let me unpack that. If a person or church authority, say, for example, Southern Baptists or White Evangelicals or Roman Catholics, pronounces “wokeness” as antithetical to the gospel, you may be sure the person or institution is doing everything possible to protect both power and the sameness of thought necessary to the continuation of that power.

And that, my friends, is totally antithetic to the gospel, which is all about giving up power and all about laying down our lives for the non-powerful. That’s what Jesus was about. Unfortunately, such theologies will never build big, rich churches or other ecclesiastical organizations, so one will rarely hear it preached.

But am I woke?

Now, I still have not answered my own question that has kept me awake, “Am I woke?” Goodness knows I’m tired. The early rising dog got his nap in, snuggled on my lap when he saw that I was settled in to write. I, however, have not slept.

But I have thought about the answer, and essentially, I am going to say, “I am awakening.” I’ve fought, and been extremely bloodied by, almost to the point of death, my many battles with sexism in the church. I’ve openly stated my opinion on the utterly wrongful stance that the United Methodist Church took when they re-affirmed their ban on same-sex marriages and on ordaining any clergy who could not proclaim him or herself “straight.” Sigh.

I am now reading the academic basis for Critical Race Theory studies. The more I read, the more appalled I become at what Black people have routinely faced in seeking to navigate this very white-powered world of ours.

So, again, I am awakening. Even so, I do swim in privilege, it’s easy to get lost in it, and it would be silly for me to deny it.

And thus, my sleep-deprived meditations for the day. 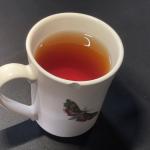 July 6, 2021
The Cracked Cup In A Cracked World
Next Post