1. A look at the Emergent Church movement by PBS. The video is 10:44 long. It’s got some interesting material, and commentary from a Trinity Evangelical Divinity School professor, Don Carson. I’m hoping to take a class from him in coming days. The video shows us that the Emergent Church is a confused movement, a mishmash of practices from other religions combined with a dose of traditional Christian doctrine. The saddest moment: when a young woman at the weekly gathering says something to the effect of, “I’ve learned that we have questions, and we don’t need to have answers.” While it is true that Christians must embrace a mysterious providence at times (a point we must not fail to state), it is also true that by God’s grace, we have found the One who is the Answer. HT: Josh Harris.

2. The results of the Iowa presidential caucuses. The short of it: Huckabee wins, Obama wins, and Hillary Clinton finishes third. I am not a huge fan of Huckabee, though I would like to see and hear more from him. Though I disagree strongly with his politics, I find Obama an arresting figure. He has that “it” factor that all great politicians possess, that ability to appeal to many people through a combination of poise, grace, populist communication, and a larger-than-life persona. See also the helpful commentary from Dr. Al Mohler (last paragraph especially).

3. A great soundtrack: Finding Neverland. The theme, in both its major and minor keys, is quite moving. The movie is a sad one, and the soundtrack captures the movie’s mood nicely. Good driving or studying music.

4. An excellent piece by 9Marks writer and Virginia pastor Mike McKinley and Christians and coolness. McKinley makes a number of salient points that young Christians very much need to hear in the current day. Note that McKinley himself would be considered “cool” by many, as he has a bunch of tattoos. However, I publicly dispute his claim that he is the “resident cool guy” at 9Marks–who, I would query him, has a rap cd?

On that note, have a nice weekend.

January 7, 2008 The New Hampshire Debates: Quick Thoughts
Recent Comments
0 | Leave a Comment
"This series is a good intro to CRT. If I had to point to just ..."
Roger McKinney Critical Race Theory: Four Problems with ..."
"Men and women. Truly a mystery, but certainly the mystery cannot be side-stepped as if ..."
Jesse H Why on Earth Do Complementarian Men ..."
"Especially since husbands are told to love their wives like Christ loves the church & ..."
John Divine Order in a Chaotic Age: ..."
"How beautiful an article."
Helen Davis Why on Earth Do Complementarian Men ..."
Browse Our Archives
Follow Us! 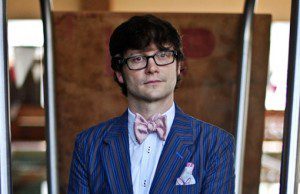 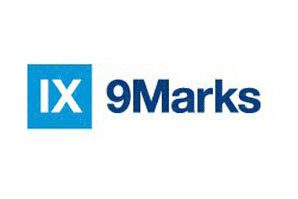