Dear Evangelicals: You Don’t Need to Be Quiet, You Need to Speak Up

Dear Evangelicals: You Don’t Need to Be Quiet, You Need to Speak Up January 22, 2013 Owen Strachan 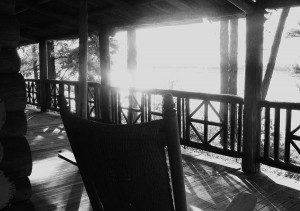 When it comes to evangelical public engagement, many of us are metaphorically in rocking chairs. The culture’s sure shifting, we say as we gaze at the sunset. In twenty years, you might lose your pulpit. We whistle low and shake our head.

When it comes to all that cultural rabble-rousing, we grimace. We don’t want to go all Moral Majority in our pastorates and our churches. We’re avoiding all those overheated controversies. We’re not going to lose our soul to politics. You see, we have found the third way, the option that allows you to hold biblical beliefs on politics, society, and culture but not make a major issue of them.

We believe accordingly that we can “sit out” the major moral challenges of our day. But our convictions are stronger than this: we actually think that these moral challenges may not even come to our doorstep. Sure, maybe in twenty years, pastors and churches will face serious threats to their pulpits. Not now, though. We can keep our heads down and they’ll pass us by.

The preaching of the gospel is the primary duty of the church and the central mission of all God’s people. It is our call to preach the gospel no matter what our society looks like and no matter where we are–in prison for hate speech, in closed countries evangelizing under threat of death, in huge suburban buildings where thousands of people come each weekend. Nothing will stop true believers from preaching the gospel. Nothing will shake our confidence that God will honor this preaching and build his church as we do so.

Yet I fear that some of my evangelical friends are not seeing reality even as it bears down on them. Do you realize that if you define marriage as the exclusive union of a man and a woman, you are already, even if you speak in the gentlest, softest, most nuanced, most hyper-qualified terms, considered a bigot by a vocal and highly influential contingent today?

In other words, bigotry on this issue is no longer the province of the red-faced and hot-tempered. This isn’t like the feminism issue for evangelicals. You can so qualify yourself on this matter that you parry those who suspect that you might actually uphold traditional sexual roles. You can kill the charge of “chauvinist” (which must be killed) with a thousand shrewd nuances (some of which are surely needed). You can breathe a sigh of relief when your views run the gauntlet and live.

Not so with the marriage issue. Of course, by no means is every American pastor facing equal heat. But the pressure some of our best-known leaders are experiencing is a sign of dammed-up cultural vitriol. Satan is real. He hates the church. He despises God’s plan for men and women. He’s not like God; he doesn’t want humanity to flourish in rightly ordered homes, he wants it to be destroyed, judged, and damned. He’s launching an attack, I think, on the church. Under God’s rule, he’s pushing the culture to a point where to simply declare biblical convictions on marriage is to label oneself hateful.

Do you see this? There is no way third way on this issue. Sure, you may not hold marriage rallies with your church. No, you may not thunder from the pulpit against governmental tyranny. But we’ve already reached the point where in influential cultural circles pastors and Christian leaders are seen as morally backward and against the times on the issues of marriage and homosexuality. You don’t need to be a foam-mouthed culture warrior to wear these epithets. You simply need to believe God’s truth, proceeding from elemental texts like Genesis 2 and Ephesians 5, and the deal is done.

There’s no amount of non-controversial, politically averse gospel preaching that can take away this sting. On the other hand, there’s no body of non-controversial social justice work we can produce to remove the stain of prejudice we already bear in the eyes of a growing body of Americans. We should keep preaching truth, and keep blessing our communities in manifold ways, of course. But we shouldn’t think that we can run an end-around opposition and even persecution in some form. Louie Giglio, removed from the president’s recent inauguration ceremonies, is a tireless champion of ending sex trafficking. He has spent years on the issue, for which many of us are thankful and encouraged. But when it was found out that, on the question of marriage, he believes what every evangelical tradition and denomination has believed in church history, he was removed before you could say “courageous trans-ideological leader to end sex trafficking.”

So what do we do? What’s our response?

Our response is not to damp down our witness, be quiet, speak in hushed tones, adopt “a softer” approach, retreat from the cultural debate, ignore “political” stuff, or any other such tactic. Our response must be to pray to God for courage, and then to bravely speak the truth wherever appropriate on crucial cultural issues. Andrew Walker and I just wrote a piece for First Things on this issue. Working from the examples of figures like Dietrich Bonhoeffer, we argue for the need for “theological courage,” for bringing biblical-theological reality to bear on the major matters before us.

Evangelicals, in one sense, should continue to do exactly what we’ve been doing. Pastors and churches should keep preaching the gospel. All sorts of meaningful work in a hundred areas should continue. But we must be theologically courageous. We must give an answer on morally inflammatory issues. We cannot silence ourselves. We can’t fool ourselves into thinking that if we’re just really, extraordinarily, super-erogatorily nice, we’ll somehow win everyone over. We need to be full of grace and truth as Christ our king was. We need to speak in those tones.

But some people will dislike and even hate us for doing so.

We’ve got to think about how we can love our neighbor and continue to preserve the primacy of marriage in our country (Mark 12:31). Can churches equip members to give good answers on marriage and homosexuality? Can pastors preach on the need for courage as they exposit books of the Bible each week? Can parents train children not to acquiesce to the culture when challenged but to give good and gracious responses?

Can we evangelicals love our homosexual friends by forming real friendships with them and by detailing the glory of God’s transforming message of redemption? Can we recognize that courage, and speaking the truth, is by nature loving to sinners who are believing, and facing certain judgment because of, lies?

I think we can do all these things and more. We need to. Now is not the time for far-off thoughts and gazing into sunsets. Matters of consequence have arisen. Faithfulness to God’s Word calls us not simply to preach the truth about our battle against anger, our fight against narcissism, our quest for fulfillment. It calls us to speak a true word on men, women, marriage, and sexuality.

Such matters are not part of the over-aggressive agenda of a PAC; they are a huge part of human life, foundational to who we are as human beings, and therefore deserving of courageous explanation and winsome embodiment. 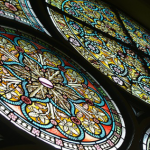 Great Deals—Logos and Accordance (November 2021)
Logos Bible Software Logos is running some great sales today. Here are...
view all Evangelical blogs
What Are Your Thoughts?leave a comment